Military Members to Donate Their Brains to Science 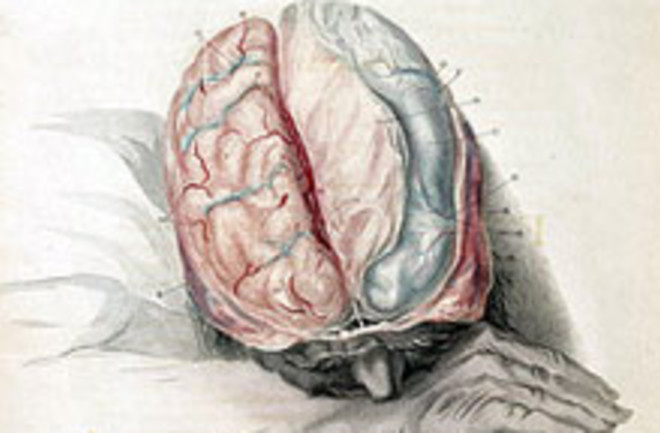 Researchers hoping to literally get inside the heads of soldiers will have their chance: 20 retired and active members of the U.S. military have pledged to donate their brains for research on the physical effects of war on the brain. The program will be looking for evidence of brain damage caused by explosions and other wartime trauma, and the researchers involved have already examined the brains of athletes for similar problems. According to the New York Times:

Just as researchers at the Boston University center and elsewhere have linked some athletes’ later-life emotional problems to their on-field brain trauma, the research on military personnel will try to determine whether some soldiers with post-traumatic stress disorder—a psychological diagnosis—actually retain physical brain damage caused by battlefield blasts. Some signs of P.T.S.D., particularly depression, erratic behavior and the inability to concentrate, appear similar to those experienced by concussed athletes. Such a link could have effects beyond medicine. Disability benefits for veterans can vary depending on whether an injury is considered psychological or physical. And veterans with P.T.S.D. alone do not receive the Purple Heart, the medal given to soldiers wounded or killed in enemy action, because it is not a physical wound.