Bad Idea of the Day: Creating "Virtual Parents" for Kids of U.S. Troops 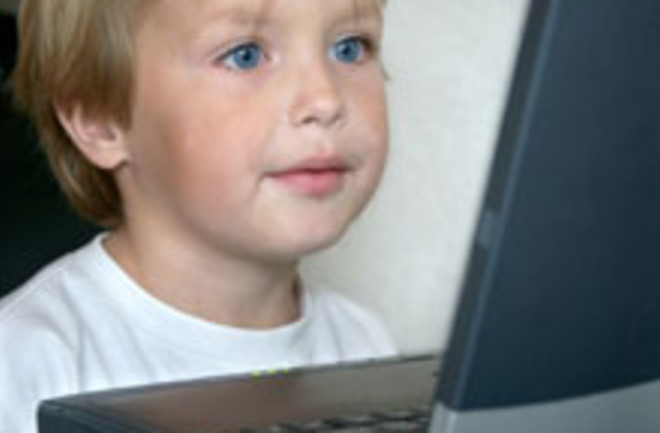 The Department of Defense has apparently grown a conscience. After nearly six years of deploying troops to Iraq, many of them parents, the DOD is acknowledging that kids are spending years without a mother or father around. And, given that mental health issues are already taking a severe toll on Iraq vets, putting stress on marriages and disrupting lives, it's only logical that children are getting caught in the crossfire, so to speak.

So, rather than oh, say, ban repeated deployments or lift stop-loss orders, the government has decided to nip the absent-parent problem in the bud by creating... computerized parents. According to a proposal solicitation (via InformationWeek) on the Department of Defense Small Business Innovation Web site, the DOD is looking for a "highly interactive PC- or Web-based application to allow family members to verbally interact with 'virtual' renditions of deployed Service Members."(Insert "

The child should be able to have a simulated conversation with a parent about generic, everyday topics. For instance, a child may get a response from saying "I love you", [sic] or "I miss you", [sic] or "Good night mommy/daddy." This is a technologically challenging application because it relies on the ability to have convincing voice-recognition, artificial intelligence, and the ability to easily and inexpensively develop a customized application tailored to a specific parent.

In other words, we should make computers that lie to small children by pretending to be their parents. The DOD argues that this "simulated mommy" program would work for/appeal to kids because "

[o]ver 80 percent of American children between the ages of three and five regularly use computers, and 83 percent of families have a computer in their home." Of course, that's really the rub now, isn't it: Kids today are remarkably computer-savvy, and are thus more able to tell the difference between an AI simulation and their dad. And we won't even touch the potential for disaster this idea has should the actual parent never wind up coming home.

Related: RB: Out of a Job? Electronic Warfare Firms Are Hiring! RB: Over a Year After YouTube Ban, Military Launches “TroopTube”Image: iStockPhoto