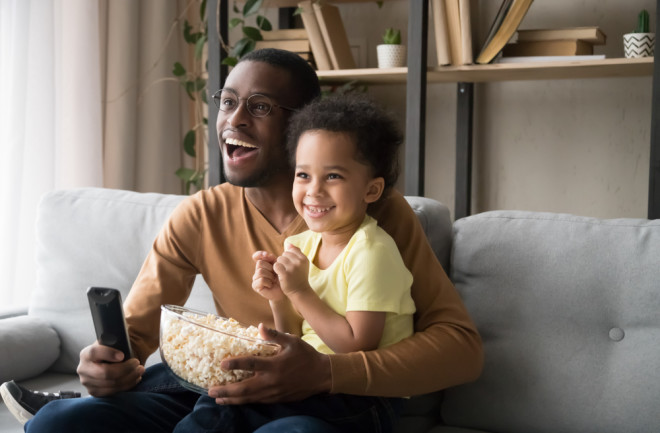 Hey, what do you call a sleeping dinosaur? A dino-SNORE!

What’s wrong, don’t find that funny? Well, what if I told you the exact same joke, but instead of crickets, uproarious laughter accompanied the punchline? According to a study today in Current Biology, you’d find it noticeably funnier.

The researchers found that even if the laughter is fake — posed, and not actual spontaneous laughter — it’d still boost your opinion of an associated joke. But genuine laughs make it seem funnier still, and all this holds true even when everything is recorded. That means a scientific paper has actually shown that pre-recorded laugh tracks really do make jokes funnier. Oh, and also it reveals a little about how our brains process humor and certain social connections. But mostly this’ll be about laughing at jokes.

Laughter is pretty great, and a noted social lubricant; we also laugh simply if we find something funny. Some studies have also shown that neurotypical people also process it slightly different than folks with autism. So, to learn more about this fundamentally human trait, the study’s authors decided to get serious about laughs.

They wanted to see whether the presence of laughter subjectively made jokes funnier, and then expanded from there to test fake and genuine laughter, and its effects on neurotypical and autistic people.

Step one was to set up a baseline, so they first got people (who were not further involved in the study) to rate a set of 40 jokes, as read by a professional comedian. “The jokes themselves were so-called ‘dad jokes’ (aka ‘groan-worthy’ jokes),” the researchers write. “We deliberately used weaker jokes so that we could avoid ceiling effects when determining any influence of laughter.” Basically, they didn’t want anything too funny, so they relied on punny jokes like the dino-SNORE. As a dad myself: ouch. (Another sample joke: “What do you call a Minecraft celebration? A block party.” Topical! You can check out the entire list in the paper’s supplemental information.)

Then the team needed some laughs. To get them, they recorded three men and three women in a sound-proof booth, first laughing at nothing at all (providing the posed, fake laughter), then laughing at “an amusement induction situation,” ie, showing them funny video clips (providing the spontaneous, genuine laughs).

The researchers were now ready to perform the actual experiment. They gathered 48 neurotypical adults and 24 with autism, and played them the 40 jokes, all accompanied either by the fake or spontaneous laughs.

Across the board, everyone in these groups rated the jokes as funnier than they had been sans the laughs. But the laughs recorded in response to actual funny things, the spontaneous laughter, led to jokes being rated higher than those paired with the fake laughter.

The autistic group responded pretty much identically to the neurotypical group, except that the former found all the jokes uniformly funnier. “This may be because the neurotypical adults were more aware that these ‘dad jokes’ are considered childish and uncool,” the team writes, “while the autistic adults were more open to such jokes.” Again, ouch.

So not only have we learned that we’re just naturally more receptive to jokes when we already hear people laughing at them, but also that this seems to be how almost all brains implicitly respond. Still unclear, though, is just why that should be the case. The authors suspect it may be “behavioral contagion” — when people just tend to copy others (though it doesn’t work on everyone) — or the result of social dynamics in which laughter can signal approval, though it’ll take more research to know for sure.

Whatever it says about our species’ complex ways of communicating, these results point to a surefire formula for better-received jokes, even if it’s one comedians have known forever: Make sure you have a plant in the audience.