Is ADHD Really on the Rise?

Research and media coverage suggest that ADHD rates among children have soared in recent years, but the full picture is much more complicated. 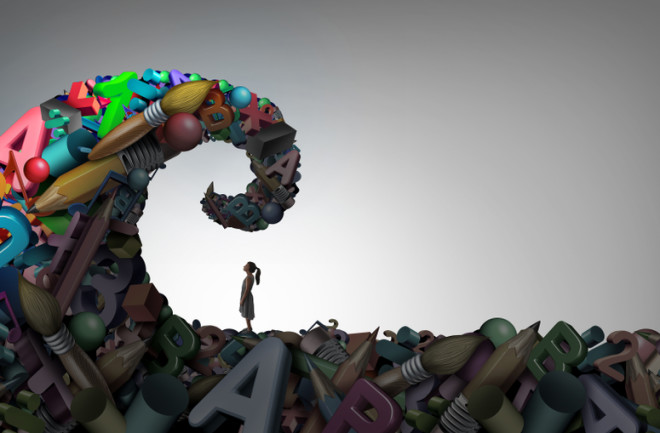 In 1798, Scottish physician Sir Alexander Crichton published a series of books in which he provided case studies of mental illnesses and disorders. One chapter was devoted to what he called “attention” and “its diseases.” He described how a person’s attention had a normal range, and that being distracted was not always abnormal. Attention deficits occurred, he wrote, when a person struggled with “sustaining attention in tasks or play activities” and was easily sidetracked.

Crichton wasn't the only one to try to reckon with attention deficits. Over a century later, in the early 1900s, a physician in London described the inability to focus as a lack of “moral control” and warned it could lead to criminality later in life. In the 1920s., research in the U.S. took another dark turn when physicians studied children who contracted encephalitis during the 1918 outbreak and later displayed inattention or hyperactivity. Scientists began associating attention deficits with brain damage.

Although scientists would later disprove it, the brain-damage theory persisted well into the 1960s, as scientists questioned whether a kinetic imbalance caused inattention and hyperactivity in children. The second edition of the Diagnostic Statistical Manual of Mental Disorders (DSM) in 1968 even took it a step further, describing it as a “hyperkinetic reaction of childhood.”

Thankfully, in the following decades, researchers gained a better understanding of what they began referring to as attention deficit disorder (ADD), and later attention deficit hyperactivity disorder (ADHD). Symptoms were organized into different categories, criteria for diagnosis was streamlined, and scientists came to understand that it was a syndrome, not a disease, and not the result of brain damage.

Despite these advancements in understanding the nature of ADHD, scientists still haven't reached a consensus on the syndrome's causes. More concerning, some researchers aren’t sure whether children are being properly evaluated during diagnosis, as screenings can take several hours and cost thousands of dollars. And that makes it hard to tell whether the number of children diagnosed with ADHD is truly increasing — or if short-cuts in evaluation (as well as unequal access to care) are falsely suggesting otherwise.

ADHD is currently defined by the DSM-5 as a “persistent pattern of inattention and/or hyperactivity-impulsivity.” Symptoms include losing focus on a task or becoming inattentive during a conversation or lecture. A person with ADHD may have difficulty finishing a task and remaining organized. They might often lose track of items or be forgetful about daily activities. External stimuli can easily distract them. Hyperactivity refers to the fact that a person with ADHD might have trouble sitting still, or feel compelled to get up in a situation where they are expected to be seated, such as a classroom or restaurant table. They might run about in places where quieter behavior is expected, And they might have trouble controlling their urge to talk.

Read more: What We Know About the Causes and Symptoms of ADHD

The syndrome is complex, and so is the process of diagnosis. It can’t be identified with a scan or a blood test, and it can only be diagnosed by a pediatrician, psychologist, or psychiatrist who considers the symptoms in relation to the DSM-5 criteria.

Studies show that the prevalence of ADHD — meaning the number of cases that fully match DSM criteria in a given population — for kids and teens ages 5 to 19 remained consistent in 21 countries from 1990 to 2010, and there was minimal variation between different countries. There’s a great discrepancy, however, between prevalence (or epidemiological) rates and identification rates. Epidemiological rates were between 3 and 5 percent in 2018, whereas identification rates are closer to 11 percent.

It's true that identification and treatment rates in children are increasing. For example, a study in the Journal of Clinical Psychiatry found that the number of children identified with ADHD jumped from 10.4 to 12 percent between 2007 and 2011. But that doesn’t mean those children received a full evaluation using DSM-5 criteria. Similarly, studies that rely on parent-reported, not physician-reported data, also show increased ADHD rates. The National Survey of Children’s Health (NSCH) in 2016 found that 9.4 percent of children in the U.S. had received an ADHD diagnosis that year, almost double the rate reported by medical care providers.

The NSCH study is commonly cited in news articles (and used as a reference point in some scientific research, like the Journal of Clinical Psychiatry study) and gives the appearance that rates have soared. But prevalence has been consistent for decades, says Joel Nigg, the director of the Center for ADHD Research at Oregon Health and Science University.  “True cases have stayed flat in the last 20 years or so,” Nigg says.

Although some studies present evidence of over-diagnosis, the discrepancy between prevalence and identification rates points to another major issue — access to diagnostic testing in the first place.

Diagnosing ADHD is a process that involves testing, evaluation and ruling out other possibilities such as hearing or vision loss. “Clinicians often do not have time to do a full evaluation," Nigg says. "It’s possible ADHD is identified first when another explanation could have been identified through another evaluation."

In the interest of time, some physicians might simply agree with a self-diagnosis, or do a more basic test in order to diagnose the patient before prescribing medication. Studies show that for kids on Medicaid, the typical ADHD assessment is an office visit that lasts 10 minutes.

Healthcare provider shortages might also prompt parents to pursue treatment even if a full evaluation isn’t available. States such as California have a shortage of pediatricians, which means it can be more difficult for parents to find appointments in a pediatrician’s office.

Cost can be prohibitive, too, and the various tests and assessments can tally as high as $2,500, according to the Healthcare Blue Book, which lists a $333 as a “fair price” for a 40-minute evaluation in a major Midwestern city. “It’s a really complicated picture,” Nigg adds.