Is a Messy Desk a Sign of Genius? Here's What the Science Says

Some studies, plus the anecdotal habits of our greatest minds, offer insight into the link between clutter and brilliance. 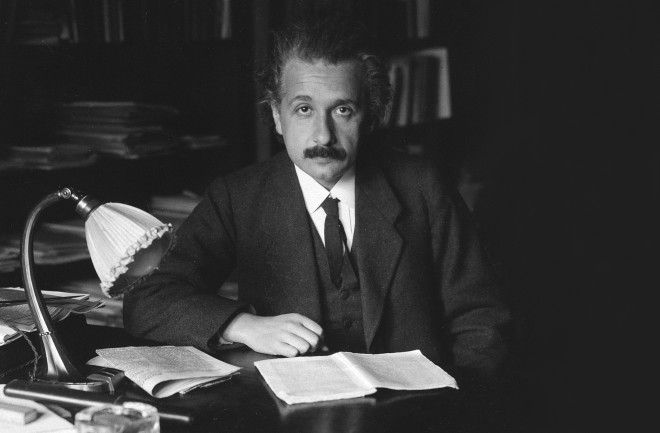 Throughout life we are trained in the art and virtue of tidiness. As children we’re told to keep a clean bedroom, as adults a clean office. But what if our immaculate home and work environments are holding us back? What if beautiful, novel ideas prosper in a state of disorder?

Spick and span share a long association with morality and righteousness. “Messy or tidy — which is better?” writes University of Minnesota researcher Kathleen D. Vohs. “Historically, the evidence has favored the tidy camp. Cleanliness, as the proverb says, is next to godliness.” Another school of thought, however, preaches the value of disarray.

Suppose an overbearing manager scolds you for your slovenly workspace. With a quick wit you might counter: “If a cluttered desk is a sign of a cluttered mind, of what, then, is an empty desk a sign?” That quip is often misattributed to Albert Einstein, whose own clutter was indeed commensurate with his towering genius. Photos of his study, taken after his death in 1955, reveal a scene of scattered papers, heaped books and displaced odds and ends. It’s a portrait of entropy.

Yet from this muddle arose perhaps the greatest intellectual, not to mention creative, feats of the 20th century. The confusion of Einstein’s office did not prevent him discovering previously unimagined secrets of the universe. He wasn’t the only unkempt colossus, either — Mark Twain and Steve Jobs also toiled at tumultuous desks.  Clearly their messiness didn’t hinder them. The question is, did it help?

The research cited most commonly on this subject dates to 2013, when a trio of marketing professors — Vohs among them — explored the effects of order and disorder on human behavior. Broadly speaking, they guessed that people in uncluttered settings would follow social convention, while those in cluttered settings would break with it.

In one experiment, they asked participants for charitable donations; those in the tidy room gave more than twice those in the messy room. On the way out, when offered an apple or a chocolate bar, they were also more likely to take the healthy snack. Our surroundings, it seems, can influence whether we make the choices society deems proper.

Will a great enough mess turn the best of us into scoundrels? Must we straighten up or risk depravity? Rather than dismiss disorder, Vohs and her colleagues followed that experiment with another, which hints that an unorganized life might have some redeeming qualities. Under the right circumstances it might instill traits we consider desirable, namely creativity.

They asked participants to think of new uses for ping pong balls and, as predicted, the messy room inspired more inventive solutions. The idea is that creativity, almost by definition, requires a break with convention. To think original thoughts and create original works, you must venture where no one has before. Disorder, apparently, helps us to do just that by steering us clear of tradition.

That’s not to say we should all arrange our lives with the intentionality of a tornado. The point is simply that disorder isn’t an unconditional evil. It too has a place, and maybe one as important as its opposite. Both tidy and messy, the researchers write, “might be functional, particularly insofar as they could activate different psychological states and benefit different kinds of outcomes.”

The British economist Tim Harford, in Messy: The Power of Disorder to Transform Our Lives, reaches a similar conclusion. “Sometimes, of course, our desire for tidiness … can be helpful,” he writes. The instinct to structure the world in accordance with neat categories is strong, and wouldn’t be an instinct if it served no purpose. “But often,” he continues, “we are so seduced by the blandishments of tidiness that we fail to appreciate the virtues of messiness.”

And messiness, in Harford’s understanding, does not refer solely to the physical realm. It applies equally to our mental and emotional lives, to business and politics, to relationships with our fellow humans. It’s about embracing “the untidy, unquantified, uncoordinated, improvised, imperfect, incoherent, crude, cluttered, random, ambiguous, vague, difficult, diverse, or even dirty.”

In his book he tells the story of how pianist Keith Jarrett, in 1975, almost skipped the concert that became the best-selling solo jazz album of all time. The only available piano was (despite the tuner’s best efforts) off key, with several non-functioning notes and pedals. The performer nearly refused to play it, but the concert promoter eventually prevailed upon him.

Forced to work with an “unplayable piano,” Jarrett wielded all his musical prowess to conjure something singular and singularly popular. One music critic wrote that the Köln Concert album, which has now sold 3.5 million copies, "cemented his reputation as the top pianist of his generation." We may place tidiness on a pedestal, but, Harford observes, “there can sometimes be a certain magic in mess.”