In a New Experiment, Scientists Used Jolts of Electricity to Spark Actual Joy 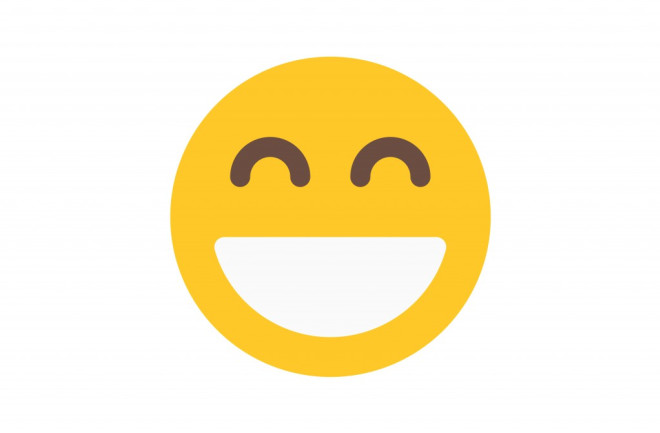 People all around the world (or at least where Netflix is available) have been exhausting themselves of late trying to “spark joy” in their lives. The urge comes from cleaning guru Marie Kondo, whose philosophy rests on the principle that we should rid our homes and minds of things that don’t inspire bursts of pleasure.

The message resonates, in part, because it ties positivity to the world of material things. Happiness is in our minds. So having a tangible mechanism for producing joy is understandably comforting.

But there’s a simpler way to spark joy, if we really want to get literal about it. Any emotion we feel has a physical cause inside our brains. Electrical charges pass from neuron to neuron, spreading ripples of thought and feeling. What we call happiness is just electricity. And now researchers say they’ve found a remarkably specific means of triggering the electrical fireworks that add up to happiness in our brains. By electrically stimulating a brain region known as the cingulum, scientists created spontaneous laughter and a sense of calm and joy in three different patients.

The find could lead to treatments for anxiety and depression, and it hints at insights into the very roots of our emotions themselves.

An artist's illustration shows how an electrode tapped into the cingulum. (Courtesy of American Society for Clinical Investigation)

An artist’s illustration shows how an electrode tapped into the cingulum. (Courtesy of American Society for Clinical Investigation)

The young woman is clad in hospital garb, sitting upright in a bed. A white hospital cap mushrooms above her head, wires splay from its rear. She’s due for brain surgery in a few days to treat a difficult, disruptive kind of epilepsy. She’s been worried and anxious.

The patient breaks into a radiant smile, laughter flowing uninhibited.

“I’m kind of like smiling because I can’t help it,” she says. A bit later, “Sorry, that’s just a really good feeling. That’s awesome.”

Neuroscientists just administered a tiny jolt of electricity to wires threaded through her skull and into her brain. The wires are there to guide surgeons to the source of her seizures. But before the procedure, she’s agreed to play guinea pig to a team of Emory University researchers.

Patients like her offer an unprecedented opportunity for researchers to test the workings of various brain regions with unparalleled specificity. By delivering targeted bursts of electricity through the electrodes, they can watch what happens when specific neural circuits are activated.

The team was sending small bursts of electricity to her cingulum, a horseshoe of brain matter that links to regions associated with emotion, self-assessment, social interaction and motivation, among other things. It’s also known to regulate anxiety and depression.

This kind of research, though hardly common, is not new. The patient’s reaction is.

“It was really exciting,” says Kelly Bijanki, a neuroscientist at Emory University who studies behavioral neuromodulation. She was one of the scientists working with the young woman, whose name was not given for privacy reasons, that day. She says the kind of spontaneous joy she saw was unprecedented.

Experiments with brain stimulation have elicited laughter and smiles before. But those responses seemed mechanical. Bijanki says the patients usually described it as a purely motor response. “Their body has laughed, but there’s no content to it.”

This case was different. There was real warmth behind the laughter; true happiness in her voice. At one point, the patient reported she was “so happy she could cry,” the researchers write in their paper.

“The way she was laughing was really infectious,” Bijanki says. “The whole room felt different: she was laughing, she was having a good time, and not afraid. Just that social, emotional contagion took over.”

Further tests confirmed the response. They conducted sham trials, telling the patient that they were providing stimulation when they weren’t. She didn’t react. They tested various levels of stimulation and saw that the more electricity they delivered, the stronger the joyous reaction was. The pattern remained the same: An initial burst of exultation faded into a state of happy relaxation after several seconds.

The researchers found no drawbacks to the treatment, either, they report in a paper in the Journal of Clinical Investigation. Her language skills and memory remained perfectly intact, and they saw no ill aftereffects of the stimulation.

In a screengrab from the scientists' experiment, the patient feels overwhelming joy even while pondering her dog dying. (Credit: Bijanki et al, Journal of Clinical Investigation)

In a screengrab from the scientists’ experiment, the patient feels overwhelming joy even while pondering her dog dying. (Credit: Bijanki et al, Journal of Clinical Investigation)

Put to the Test

The woman’s impending surgery would require her to remain awake while surgeons probed inside her skull. Their goal was to cut out the tissue responsible for her epilepsy, but it’s a game of millimeters. Doctors must remove enough to ensure that seizures don’t recur, but without causing permanent harm. The patient’s seizures appeared to emanate from a region near to language processing centers. Her job was to stay awake while surgeons worked, reading and talking to ensure they wouldn’t excise anything important.

The brain stimulation turned out to work so well that doctors were able to cut out completely the drugs used to manage anxiety during this type of brain surgery. Those medications can make patients sleepy and unresponsive, so the anesthesiologist decided to stop them midway through. The young woman, her skull opened to surgical tools, breezed through.

“During the surgery … she was telling me jokes about her dad, where prior to turning on the stimulation she had been crying and hyperventilating and right on the edge of panic,” Bijanki says.

To confirm their findings, the researchers performed the same tests with two more epilepsy patients with electrodes similarly implanted in their skulls. They got the same results. Jabs of electricity literally sparking joy inside their heads.

It’s too simplistic to say the researchers have stumbled upon the place where joy hides within us. The brain is complex, and emotions well up from more than just a single place. Multiple brain regions are involved, and each contributes a facet to the emotion that we come to know as happiness.

In fact, researchers have found joy in another place in the brain as well. Sameer Sheth, a neurosurgeon at the Baylor College of Medicine, says that he’s had patients report feelings of euphoria during the course of his own work with brain stimulation as well. He was working with the ventral striatum, a region separate from the cingulum, though the two are tightly connected.

Stimulation to the ventral striatum has also produced the same sort of laughter and mood elevation that Bijanki saw, Sheth says.

But just because emotions are neurologically complex doesn’t mean there’s no value to understanding their origins.

“The more we understand this circuitry, the more we can fine tune how to harness that capability within an individual and the better we’ll be able to treat patients with mood disorders,” Sheth says.

Bijanki sees a range of applications for brain stimulation aimed at specific targets, beginning with the kind of surgeries the young epileptic was undergoing. By precluding the use of sedatives, the find might give brain surgeons new options when performing the kind of procedures the young woman went through. Allowing patients to give more feedback could make brain surgeries more targeted. It might also expand the scope of neurosurgery.

“The definition of what is an inoperable tumor is in some circumstances related to what is the surgeon reasonably comfortable with removing that isn’t going to ruin the patient’s life,” Bijanki says. “If the surgeon could know that in real time, then the surgery could proceed a little bit differently.”

More broadly, it could also find use as a treatment for mental disorders like depression, anxiety and PTSD. Bijanki imagines electrodes powered by a pacemaker battery delivering continuous, low-grade stimulation to patients with depressive disorders.

In the future, we may not even need wires to spark such emotions. Scientists are developing means of activating brain regions with pulses of light, or with ultrasound. Flashes and vibrations could one day deliver ease to the afflicted.

There are drugs that accomplish similar things today, of course, but those often have side effects, and the treatment isn’t always as direct. Brain stimulation could offer a better path. Bijanki hopes to continue exploring the neural map of our emotions — in fact, she recently accepted a job offer at Baylor, working with Sheth to continue tracing the emotional circuitry of our brains with the goal of translating their findings to actual therapies.

Bijanki was also struck by an odd side-effect of the stimulation. Though patients had no trouble recalling sad memories during treatment, the recollections were wholly powerless to make them feel unhappy.

“I remember my dog dying, and I remember that it was a sad memory, but I don’t feel sad about it right now,” the young woman said, as reported by the researchers in their paper. Another patient concurred, unable to recollect a tragic memory without smiling. The effect is slightly jarring, but it could provide a shield of sorts to those overcoming trauma.

Those suffering from PTSD often go through what’s called exposure therapy, where they are asked to repeatedly sift through memories of a traumatic event. The goal is to drain those memories of their fearsome power over time, but it is difficult, frightening work.

Ultimately, however, the goal of therapies involving brain stimulation isn’t to wipe out negative emotions.

Anger, sadness and fear are not without their merits, and banishing them could have unintended consequences. Sadness sits at the other end of the spectrum from happiness, for example. Taking away any of our emotions would be removing an aspect of our humanity. What’s more, we have emotions for a reason.

“Our emotions exist for a very specific purpose, to help us understand our world, and they’ve evolved to help us have a cognitive shortcut for what’s good for us and what’s bad for us,” Bijanki says.

That’s not the goal here, of course, though discussions about the ethical use of such technologies in the future is certainly warranted. Bijanki says that we’d need to be careful about applying things like brain stimulation that could be abused.

But, she’s not very worried about electrodes and electric shocks becoming the next designer drug. It’s just too technically demanding, she says. And the potential benefits for those with depression and other conditions are great.

Sometimes the bad can outweigh the good. In those cases, sparking a little joy might be what we need.