This challenging area of mathematics can be tricky to grasp 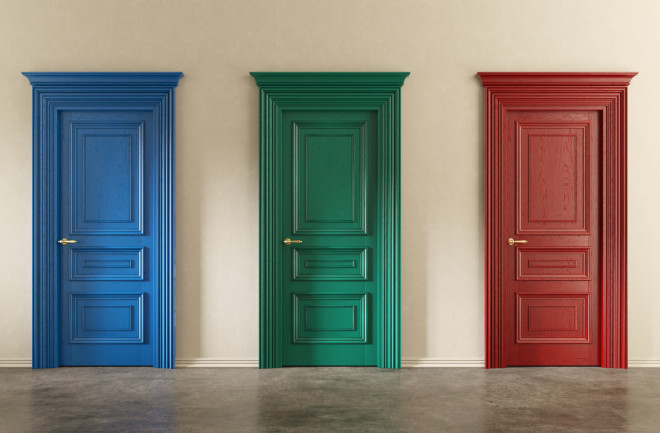 Back in the 1970s, the popular television game show “Let’s Make a Deal,” hosted by Monty Hall, became the unexpected face of a classic probability problem — now often called the Monty Hall problem.

In the most celebrated version of the show, contestants were given a choice of three doors. Behind one door was a fancy sports car. Behind each of the other two doors was something not as grand: a goat. Once a contestant made their choice, Hall would open one of the unchosen doors that he knew would reveal a goat. That left two doors still unopened, one with a goat and one with a car. Then came the ultimate question. “Do you still want what’s behind door number one? Or would you like to switch to the other unopened door?”

Would you stick with your first choice? Most people would, but here’s why you should reconsider. Before Hall opened the door, you had a 1-in-3 chance of winning the car. But now there are only two doors to choose from. It seems obvious that you’d now have a 50/50 chance, so it wouldn’t matter which door you chose. In truth, however, you’d have a much better chance of getting the gas guzzler if you switched. The door you first chose still has a 1-in-3 chance of being the winner; the remaining door has a 2-in-3 chance.

In short, the odds have changed. If you can’t see why that’s true — or if this whole discussion gives you a whomping headache — don’t feel bad. A surprising number of mathematicians, including the esteemed Paul Erdős, have been stumped by this one. (If you’re interested in a quick and dirty explanation, you can find one here.)

But before you go, let’s talk about why this, and most other things having to do with probability, are so difficult for some of us to grasp. Odds are it might make you feel a little better.

Evolution has brought us far, but it didn’t prepare us to play dice at the pub or win big on game shows.

Probability just isn’t very intuitive, explains Regina Nuzzo, statistician and professor of mathematics at Gallaudet University and an advisor for the American Statistical Association. “We're good at counting things, such as threats that are immediate to us or looking back in history and counting the number of times something happened. We’re not good at doing thought experiments about something that might happen. Our brains are just not wired for probability.”

In the 1970s, Nobel-Prize-winning research by Israeli psychologists Amos Tversky and Daniel Kahneman showed that certain mental biases and quirks of the human mind make us bad at dealing with probability, leading a lot of people to think we might as well give up and learn to love the goats that are given to us.

But Dor Abrahamson, a cognitive scientist at UC Berkeley who studies mathematical learning, wondered if Tversky and Kahneman might be missing the point. “Isn’t it at least a little interesting,” he thought, “that we all get it wrong in the same way?” Abrahamson went on to show that we do have instincts about these things — it just depends on how we think about a problem.

Not As Wrong as You Thought

Take coin flips, for example. If a coin is flipped three times and lands heads up every time, what are the chances the fourth flip will have the same result? Most people feel like the chances are low, yet it’s actually 50/50. Our intuitions about this don’t seem to be very good.

But Abrahamson asks us to take a closer look at those coin flips.

Let’s call heads H and tails T. Most people tend to think that in a series of four flips, an outcome of HTHT is far more likely than HHHH, when in fact, they are equally likely. Each time the coin is flipped, it’s just as likely to come up heads as tails. As Abrahamson puts it, “The coin has no memory.”

However, if you think of the HTHT pattern as the more general 2H2T pattern rather than HTHT, then you’re absolutely right to say that it is far more likely (six times more likely, actually) than HHHH. That’s because there are six different variations of two heads and two tails, and only one way to combine the outcomes to get all heads.

Understanding probability is essential in all kinds of ways, from making sense of weather forecasts to evaluating COVID-19 risk. But knowing that our common mistakes are a result of how we conceptualize a question (and not because we’re dimwits) can make dealing with this challenging area of mathematics much less intimidating.