How These 5 Cults Manipulated Their Followers

These are the psychological tactics the Manson Family, NXIVM and other cults used to control their members. 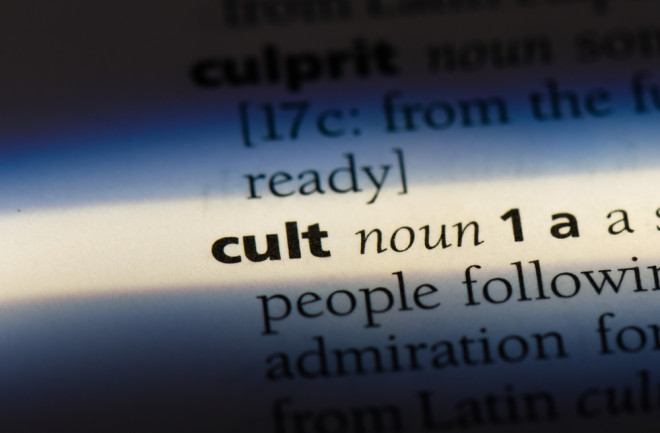 Cults are complicated, and aren’t always easy to spot. They may claim to be places of safety and healing by offering psychological support — albeit typically false — to emotionally vulnerable people. These victims may have poor family or social relationships, lack self-esteem, have negative experiences with mainstream religion and seek answers to their problems or questions.

Most cults have charismatic and charming leaders who are seen as godlike by the cult's members. Leaders may use flattery and seduction in the beginning to lure members in, but later turn to mistreatment or abuse — either sexual, physical or mental — to maintain control.

Here are five cults that convinced their followers to perform terrible acts.

1. Order of the Solar Temple

Joseph Di Mambro and Luc Jouret were immersed in the New Age movement sweeping through some churches and spiritual organizations in the 1970s and '80s. Both previous members of other cults, the duo started the Order of the Solar Temple in Switzerland in 1984. Jouret brought members into the cult from previous groups he had created.

The Solar Temple traced its roots to a faction of a 19th-century revival of the Knights Templar. The central belief of the cult was that there would be an apocalyptic event in the mid-1990s.

Leaders took financial advantage of members, who tended to be affluent: A complex membership structure required high fees and other expenses to advance to the next level, enriching Jouret and Di Mambro. Members believed that Jouret and Di Mambro were Christ-like figures who could help save them from damnation, and that they would need to leave this world to start a new one. They would accomplish this by transporting themselves to another planet and starting over.

Members were so convinced of this that in 1994, 53 members were murdered or completed suicide, and the buildings that held their bodies were burned. There were 16 more member deaths in 1995 and five more in 1997.

More on the Psychology of Cults:

Originally operated as a multilevel marketing company that pushed self-improvement programs, NXIVM (pronounced nex-i-um) became a sex cult. Led by Keith Raniere, who members referred to as Vanguard, the group was comprised of women — who were either slaves or masters.

Raniere incorporated psychological tactics to groom, manipulate and control members, including restricting their calories and sleep, readiness drills and requiring the disclosure of intensely private information (which would later be used to blackmail them). Members were subjected to physical and sexual abuse, including the branding of some members with the initials KR — for Keith Raniere.

Raniere was convicted in 2019 of sex trafficking and racketeering, and eventually sentenced to 120 years. He continued to direct remaining cult members from prison.

In the late 1960s in Southern California, Children of God (COG) was founded by former pastor David Berg. Steeped in the counterculture movement, Berg preached free love and sex among members — a group of teenage runaways — asserting that this was part of the pure roots of Christianity.

Members of the cult believed there would be an apocalyptic event and a rise of an anti-Christ who would take over the world, and that Berg was God's messenger. Berg would write letters to his members called Mo Letters, where he would preach or ask his followers to complete tasks. In one Mo Letter, followers interpreted his word as a warning to leave America because God would destroy it.

COG employed a practice known as “flirty fishing,” in which female members would raise money and recruit new members by enticing men — often through sex. These practices lead to the spread of sexually transmitted disease among the group, as well as pedophiles within the group victimizing children. (One member, Richard Rodriguez — who grew up in the cult but eventually left — murdered one of his childhood abusers and later died by suicide.) Rules implemented in the '80s and '90s were meant to curtail such activities, though former members have accused the group of abuse.

COD, which operated under different names over the years, is now known as The Family International, and continues to have members around the world.

Charles Manson is perhaps the most well-known cult leader, but his story didn’t start with the Manson Family cult. He showed signs early in life that he had violent tendencies and the ability to manipulate and influence people. A criminal since the age of 13, Manson was obsessed with gaining fame, wealth and power — and had a long, convoluted history with Hollywood.

His followers were often young, vulnerable women drawn to the (false) sense of family the cult provided. In addition, Manson provided his followers with LSD to brainwash and control them, and warned of a coming apocalyptic race war. The Manson Family was responsible for 12 known murders, including the infamous Tate-LaBianca killings in 1969, but there may have been more.

Charles Manson died in prison in 2017.

Unlike many cults where sex is a prominent element, Heaven’s Gate was the opposite. Started by former music teacher Marshall Applewhite and nurse Bonnie Lu Nettles — the leaders and members practiced celibacy and androgynous physical appearances. The cult, which raised money by running a web design business, also believed that God would send an apocalyptic event. Members were likely afraid to be left behind during the apocalypse and would do anything to stay with the group.

They’re most known for the mass suicide of 38 members in 1997. Applewhite was among the deceased. (Nettles had died of cancer years before.) Members poisoned themselves, believing their souls would be picked up by a spaceship following the Hale-Bopp comet.

Members were found lying down with purple cloth over their faces. All wore the same black running pants and the same black sneakers, and had $5.75 in their pockets. They had their identification with them, as well as packed suitcases. It was discovered that some men had been castrated, including Applewhite — to live a life of abstinence more easily.