How Much of Your Memory Is True?

New research shows that memories are constantly being re-written by our minds. 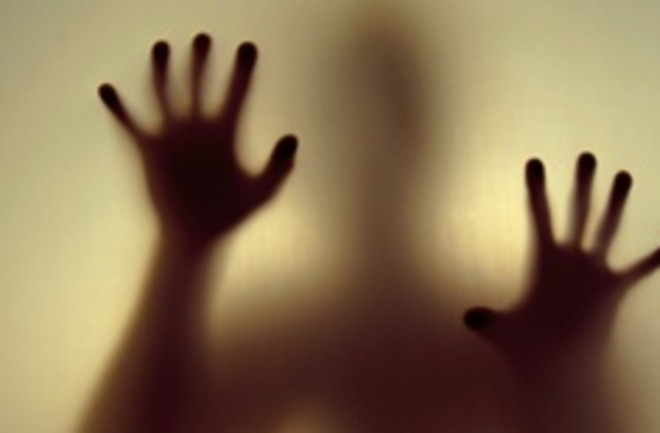 Rita Magil was driving down a Montreal boulevard one sunny morning in 2002 when a car came blasting through a red light straight toward her. “I slammed the brakes, but I knew it was too late,” she says. “I thought I was going to die.” The oncoming car smashed into hers, pushing her off the road and into a building with large cement pillars in front. A pillar tore through the car, stopping only about a foot from her face. She was trapped in the crumpled vehicle, but to her shock, she was still alive.

The accident left Magil with two broken ribs and a broken collarbone. It also left her with post-traumatic stress disorder (PTSD) and a desperate wish to forget. Long after her bones healed, Magil was plagued by the memory of the cement barriers looming toward her. “I would be doing regular things—cooking something, shopping, whatever—and the image would just come into my mind from nowhere,” she says. Her heart would pound; she would start to sweat and feel jumpy all over. It felt visceral and real, like something that was happening at that very moment.

Most people who survive accidents or attacks never develop PTSD. But for some, the event forges a memory that is pathologically potent, erupting into consciousness again and again. “PTSD really can be characterized as a disorder of memory,” says McGill University psychologist Alain Brunet, who studies and treats psychological trauma. “It’s about what you wish to forget and what you cannot forget.” This kind of memory is not misty and water­colored. It is relentless.

More than a year after her accident, Magil saw Brunet’s ad for an experimental treatment for PTSD, and she volunteered. She took a low dose of a common blood-pressure drug, propranolol, that reduces activity in the amygdala, a part of the brain that processes emotions. Then she listened to a taped re-creation of her car accident. She had relived that day in her mind a thousand times. The difference this time was that the drug broke the link between her factual memory and her emotional memory. Propranolol blocks the action of adrenaline, so it prevented her from tensing up and getting anxious. By having Magil think about the accident while the drug was in her body, Brunet hoped to permanently change how she remembered the crash. It worked. She did not forget the accident but was actively able to reshape her memory of the event, stripping away the terror while leaving the facts behind.

Brunet’s experiment emerges from one of the most exciting and controversial recent findings in neuroscience: that we alter our memories just by remembering them. Karim Nader of McGill—the scientist who made this discovery—hopes it means that people with PTSD can cure themselves by editing their memories. Altering remembered thoughts might also liberate people imprisoned by anxiety, obsessive-compulsive disorder, even addiction. “There is no such thing as a pharmacological cure in psychiatry,” Brunet says. “But we may be on the verge of changing that.”

These recent insights into memory are part of a larger about-face in neuroscience research. Until recently, long-term memories were thought to be physically etched into our brain, permanent and unchanging. Now it is becoming clear that memories are surprisingly vulnerable and highly dynamic. In the lab they can be flicked on or dimmed with a simple dose of drugs. “For a hundred years, people thought memory was wired into the brain,” Nader says. “Instead, we find it can be rewired—you can add false information to it, make it stronger, make it weaker, and possibly even make it disappear.” Nader and Brunet are not the only ones to make this observation. Other scientists probing different parts of the brain’s memory machinery are similarly finding that memory is inherently flexible.

Someday this new science of memory could cure PTSD and other mental traumas. Already it corrodes our trust in what we know and how we know it. It pokes holes in eyewitness testimony, in memoirs, in our most intimate records of truth. Every time we remember, it seems, we add new details, shade the facts, prune and tweak. Without realizing it, we continually rewrite the stories of our lives. Memory, it turns out, has a surprising amount in common with imagination, conjuring worlds that never existed until they were forged by our minds.

On the Trail of the Memory Meme Neuroscientists have long viewed memory as a kind of neural architecture, a literal physical reshaping of the microstructure of the brain. In the 19th century, the pioneering neuroanatomist Santiago Ramón y Cajal theorized that information was processed in our heads each time an electrical impulse traveled across a synapse, the gap between one nerve cell and the next. Memories were made or altered, he proposed, when structures near the synapse changed.

More than a century later, the textbook description of episodic memory (conscious knowledge of an event) is a more sophisticated version of that same basic idea. Memory formation requires an elaborate chemical choreography of more than a hundred proteins, but the upshot is that sensory information, coded as electrical pulses, zips through neural networks of the brain. The impulses cause glutamate (one of the brain’s main neurotransmitters) to pop out of one nerve cell and travel across the synapse to activate the next by binding to its receptors, chemically active signaling stations on the cell surface. Ultimately the electrical and chemical signals reach the centers of memory, the almond-size amyg­dala and the banana-shaped hippocampus, adjacent structures buried on either side of the brain.

Neuroscientists believe that memory forms when neurons in these key brain structures are simultaneously activated by glutamate and an electrical pulse, a result of everyday sensory experience. The experience triggers a biochemical riot, causing a specialized glutamate receptor, called NMDA, to spring open and allow calcium ions to flood the cells. The ions stimulate dozens of enzymes that reshape the cells by opening up additional receptors and by prompting the formation of more synapses and new protrusions that contain still more receptors and synapses. In aggregate, these changes make neurons more sensitive to each other and put the anatomical scaffold of a memory in place.

Enacting all these changes takes time, and for up to a few hours the memory is like wet concrete—solidifying but not quite set, still open to interference. Once the process is over, though, the memory is said to be “consolidated.” In the textbook description, neuroscientists talk of memory the way geoscientists describe mountains—built through a dynamic process, but once established almost impossible to reshape quickly except by extraordinary means. By the late 1990s, this explanation of memory was so widely accepted by neuroscientists that its major author, Columbia University neuroscientist Eric Kandel, was awarded the Nobel Prize. It seemed that the most important questions about memory had been answered.

No wonder, then, that Nader—at the time a young postdoc studying the neurobiology of fear at New York University—was electrified when he attended one of Kandel’s lectures. “It was so beautiful and so convincing,” Nader says. But he began to wonder: What actually happens when we recall the past? Does the very act of remembering undo what happened? Does a memory have to go through the consolidation process again? Nader asked his adviser, the noted fear researcher Joseph LeDoux, if he could study these questions. LeDoux says his initial response was “Don’t waste our time and money,” but Nader talked him into it, little suspecting just how far this line of research would go.