Some studies identify trends in how men and women tend to experience a romantic break up, while newer research is challenging some traditional gender stereotypes. 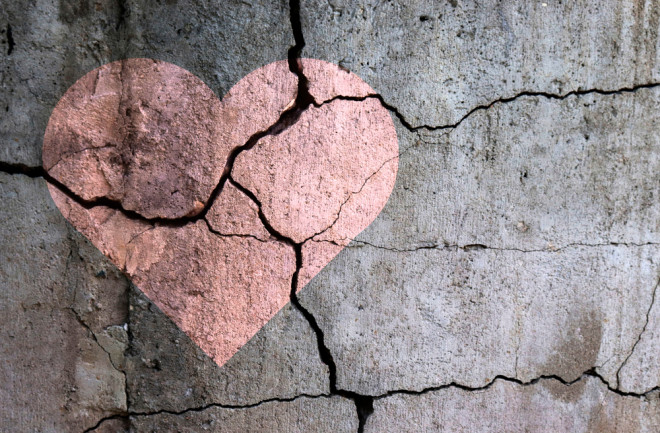 People often report that break ups are among the most traumatic experiences of their lives. No matter the cause, when someone played a daily role in your life and then all of the sudden they’re gone, the pain can have a lasting impact. But some of us are better equipped to tend to the hurt and move on, while others struggle for years to come. According to some research, the recovery processes can vary depending on your gender.

In October of 2021, researchers published a first-of-its-kind review in the Journal of Social and Personal Relationships that evaluated the content of tens of thousands of Reddit users who sought relationship input via the anonymous internet-forum platform. Within this demographic (which was limited to users who identified as male and female), the researchers found that immediately after a break up males tended to be just as broken hearted as females, though the males might be less inclined to share their feelings with friends or peers. Lead study author Charlotte Entwistle, an associate professor at Lancaster University, says that in some ways the results were unexpected. “We were surprised at the level of heartache that men reported,” she says.

Previous research has shown that women tended to be more “emotionally invested” in the relationship, but this study seemed to show that men (at least, those who post in relationship forums on Reddit) were just as upset when it went south. “The research seemed to contradict some of these more traditional gender stereotypes,” says Entwistle.

The findings could suggest that the anonymous platform helped men to admit their feelings when less social ramifications were at play. “When you take away all of the social stigma, men appeared at least equally emotionally invested in the relationship before the break up,” says Entwistle. Men were also more likely to seek professional help after a break up, and Entwistle thinks that this could be because they are less likely to admit their heartache to their friends.

A 2015 study published in the journal Evolutionary Behavioral Sciences also found that the level of heartache was equal across the sexes. On a scale of 1 – 10, the median emotional response to a breakup was a seven for both men and women. Women and men were also equally likely to initiate the breakup — 39 percent of the time for women versus 37 percent for men. The decision was mutual 24 percent of the time.

A 2011 study, published in the The Journal of the Evolutionary Studies Consortium found that the real differences occurred in both the manner of recovery and the amount of time it took. “Men tend to be more self-destructive after break ups, reporting things like drug and alcohol abuse and irresponsible sexual behavior,” says Craig Morris, who authored both the 2011 and 2015 studies.

Men reported being three times as likely compared to women to abuse alcohol or drugs. It’s worth noting that the study gathered survey data so researchers could only discern answers by what participants reported. So it could be that women were more secretive about self-destructive behavior than men.

Additionally, Morris says that women were three times more likely compared to men to seek support from their social network including family and friends. This may be part of the reason that men had the most trouble getting over a break up. It could be that women suffer and then move on, but men get stuck because they lack the immediate support network, which was likely the most striking aspect of the research.

Slow to Move On

According to the 2011 study, men were about 33 percent more likely than women to admit that recovering from a breakup took them a year or longer.

“Men will talk about a break up as if it happened yesterday when it happened 30 years ago,” says Morris. He contends that this might be related to the fact that they failed to seek the help they needed from family and friends while they were going through it and as a result never recovered properly.

If you‘ve been through it, then you know that breaking up is hard to do. Love is something that doesn’t just go away once a relationship ends, and, as a result, the pain can be overwhelming. Generalized thoughts that men might be less invested and have an easier time getting over a break up seem to be antiquated gender stereotypes. “The trauma is equal across the sexes and how we recover can have lasting implications,” says Morris.