How Is Social Media Morphing Our Self-Image? 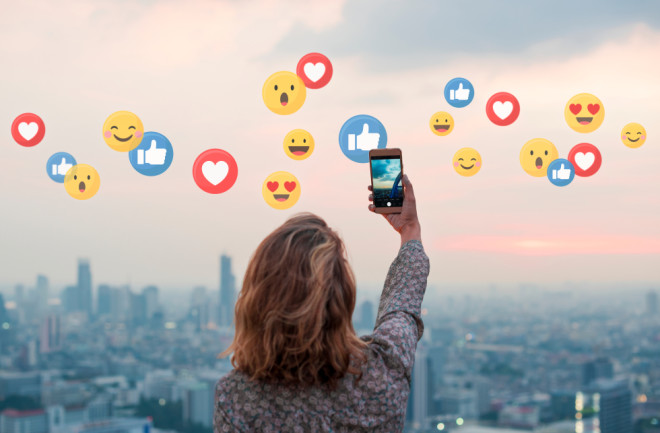 In the HBO documentary Fake Famous, three young people agree to participate in a social experiment. They move to Los Angeles and allow the film’s director to turn them into social media influencers. The director choreographs photo shoots to manipulate the idea of a glamorous lifestyle. Then, he buys followers so it appears each participant’s social media accounts are popular and influential.

The documentary is meant to criticize how social media isn’t real and most images are manipulated. Social scientists are finding users are not just editing settings on social media. Users, especially women, are editing their bodies and faces. And this practice has led to a new standard of beauty.

Problematically, social scientists say this standard of beauty is nearly impossible to obtain. Some people have turned to cosmetic surgery to get the results they want. Others are grappling with anxiety or eating disorders. Researchers say it’s a growing issue impacting young people worldwide.

In the 1990s, models like Tyra Banks had the ideal body — large breasts, narrow hips and waists. Then in the early 2000s, the standard shifted to toned and slender bodies. The new ideal is a continuation of a body standard that is impossible to achieve, says Nicole Taylor, an associate professor of anthropology at Texas State University.

Demand for “butt lifts” increased almost 78 percent from 2015, and buttock augmentation increased by almost 40 percent, according to a 2020 study from the International Society of Aesthetic Plastic Surgery.

In the past, Taylor says people had less access to images representing the ideal body. Magazines came out just once a month and only in hard copy. Catalogs, billboards and television ads provided fleeting glimpses.

Social media now provides users with a steady stream of images that are edited to fit with the new slim thick ideal. "We’re constantly staring at our phones and looking at these images and it creates a normalizing effect. It’s constant comparison," Taylor says.

There are multiple types of comparison. Upward comparison occurs when a person looks at images of a person they perceive as being better than themselves. Not surprisingly, studies have found that engaging in upward comparison has a negative impact on the person’s well-being.

Another type of comparison occurs when the social media user compares their online, edited self to their real-life body. Online editing software has evolved beyond removing red eye or whitening teeth. Users can now make their bodies look thinner, plump lips, or remove acne.

"The editing tools are limitless and allow you to morph your features in any way you want," Taylor says.

"It’s a face that doesn’t exist in real life," Taylor says. "It’s the pulling of features for the exoticization of beauty."

Social media users can use editing tools to achieve the look in pictures. Taylor says the person might be satisfied with the photo, but that sense of self-contentedness doesn’t continue when they look in the mirror.

Studies are seeing a connection between the editing tools and plastic surgery, a trend practitioners call “Snapchat dysmorphia.” One study of plastic surgery patients found social media users who edit their photos were more likely to seek cosmetic enhancement. Similarly, in a 2020 study in Aesthetic Surgery Journal, one-third of surveyed cosmetic enhancement patients said they used editing tools. Half of respondents said social media influenced their decision to seek cosmetic surgery or fillers. Of the respondents who used editing tools, 87 percent said they did not regret using social media apps. The remaining 13 percent said editing tools gave them unrealistic expectations.

More From Discover
Mind
Conversations With Strangers Are Often More Enjoyable Than We Expect
Health
What Happens When Medical Physicians Miscalculate Probabilities
Mind
The Well Sibling Syndrome and its Mental Health Impact
Planet Earth
What Was Stonehenge Like Before It Was Built?
Mind
Finding the Right Messaging: Reverse Psychology and Reactance
Mind
5 Rare Mental Conditions You May Not Know About
Recommendations From Our Store
My Science ShopDiscover STEM Kits
My Science ShopDiscover 2022 Calendar
My Science ShopStrange Science
My Science ShopElements Flashcards
Shop Now
Stay Curious
Join
Our List