Get That Song Outta My Head!

If a catchy tune gets stuck in your mind, don’t worry; you’re not just hearing voices. 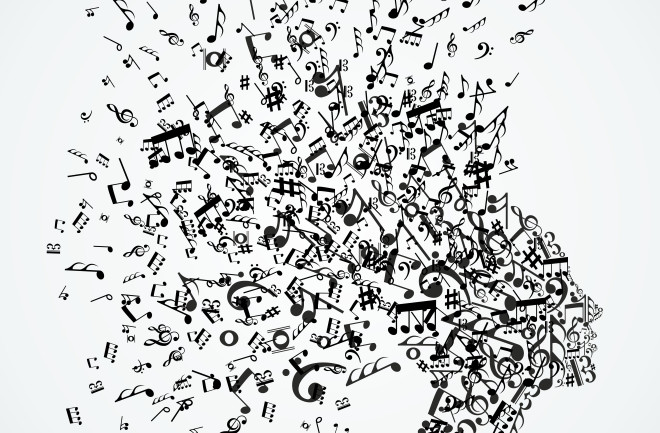 The nightmare began when my husband walked into our kitchen and said, “I’ve had this song stuck in my head all day . . .”

“Remember that song from the original Karate Kid movie?” he continued.

For the love of God, no!

It was too late. Now I had an earworm — a song, melody or jingle that gets stuck in your head.

The worst part? I only knew that same line. I walked around humming it for days. I tried to shake it by singing along with tunes playing on my car radio while I was out running errands. For a brief time, Van Halen’s “Runnin’ With the Devil” replaced it.

But in no time at all, that one line from “You’re the Best,” sung by Joe Esposito on the The Karate Kid soundtrack, was back.

Perhaps if I heard more of the song in my head, it wouldn’t be as annoying. But just this one line? Over and over and over again? It was pure torture. I needed to do something drastic. I busted out that 1980s hit, “The Safety Dance” by Men Without Hats. After singing it a few times, the earworm was gone.

"The Safety Dance" from Men Without Hats. Leo Reynolds/Flickr

I knew I’d get another one, though. About 90 percent of people experience earworms at least once a week, according to the Earworm Project run by the Music, Mind and Brain group at Goldsmiths, University of London.

Great. So all that singing I’ve done along with the car radio was coming back to bite me.

To find out what causes earworms and how to get rid of them, I contacted the man known as “Dr. Earworm,” James Kellaris, a marketing professor at the University of Cincinnati. Certainly with a nickname like that, he would know something.

Kellaris began studying earworms in 1999. A former professional musician prone to getting earworms himself, he eventually became a marketing professor “interested in how marketers use music to achieve various commercial goals,” he says. “It was a perfect storm to create an earworms researcher.”

He explained to me that when we get an earworm, the tune seems to repeat itself involuntarily, which is why experts consider earworms involuntary musical imagery (INMI). This was exactly what “You’re the Best” had done to me.

So what, precisely, was happening in my brain when I couldn’t shake that tune?

What's Going On? (No, Not The Marvin Gaye Hit)

Jakubowski contributed to a May 2015 study led by Nicolas Farrugia, a postdoctoral researcher with the Earworm Project, that demonstrated auditory and inhibitory-related areas play a role in earworms as well.

The researchers examined 44 healthy subjects, all between 25 and 70 years old and all participants of a past neuroimaging study run by the Cambridge Medical Research Council’s Cognition and Brain Sciences Unit. These subjects took an online survey that measured both the extent of their musical training and how strongly INMIs impacted them. For example, the survey wanted to know how strong of a negative impact INMIs had on them or if INMIs were actually helpful while they went about their everyday activities.

When they examined these participants’ brain images, one pattern in particular stuck out: People who got earworms more often had a thinner right frontal cortex, which is involved in inhibition, and a thinner temporal cortex, which processes sensory stimuli like sound. In other words, these people’s brains just weren’t as good at suppressing the random song that might pop into their heads.

Why we get earworms, unfortunately, remains a scientific mystery. “We know that songs that are ‘catchy’ — short, simple, repetitive and contain some incongruity — are most likely to get stuck,” Kellaris says. Most people are more likely to get a song like “Don’t Worry, Be Happy” stuck in their heads than, say, a Mahler symphony. And some things exacerbate them: frequency and duration of exposure to music, worry, stress, fatigue and idleness.

Considering that my husband kept singing the snippet while I was tired and stressed, I can see why it got stuck. But my earworms have been relatively innocuous. Even though they’re annoying, I can eventually get rid of them. Some people can’t, though.

Part of Kellaris’ earliest research involved mailing a questionnaire to about 1,000 respondents at four U.S. universities. He asked them if they’d ever had an earworm, for how long, how often it happened, how it made them feel, etc.

One respondent claimed to have had a song stuck in his head since 1978. This is known as intrusive musical imagery (IMI), a musical obsession that’s chronic and highly distracting to a person’s everyday life and work. According to Dean McKay, a psychology professor at Fordham University, my short-lived earworm was nothing compared to an IMI.

But now I was concerned. Could my future earworms turn into these IMIs? Is there a way to prevent this from happening?

Doctor, Doctor, Give Me the News

The group’s research showed that IMIs can be treated by using a method known as distraction — coming up with a competing melody to think about that would get rid of the IMI. That’s exactly what I had done, albeit unknowingly, when I used “The Safety Dance” to stop my earworm.

McKay says my earworm was pesky because I knew only that one part of the song. He suggests if I have just a portion of a song looping in my brain in the future, I can try another method called exposure — simply listening to the entire song. “It’s like a completion task,” he says. “Once you know the whole song, then there’s no need for it to be stuck in your head.”

Another form of distraction is to sing the song out loud, but change some of the words or slightly throw off the melody. One of McKay’s patients had an IMI based on a Taylor Swift song. “We made up some other words for it,” he explains. “We messed up the melody a bit, but not so much that it wasn’t recognizable as still being that song, and then it faded.” McKay stresses that this is the only case he’s tried this in, so it’s not a forgone conclusion this kind of distraction would work in other instances.

What I wanted to know was if the earworm I get today could become the IMI of tomorrow.