“It's obvious that people like to stand out. Just observe a hipster claiming you've never heard of his favorite band." 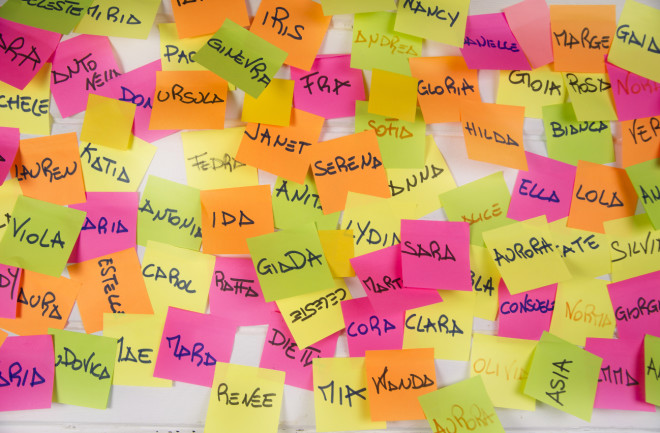 It’s time to choose a name for your baby girl. You’ve always liked the name Ava, but your best friend’s one-year-old has the same name and you don’t want to cause any confusion. (In fact, so many new parents have chosen the name that Ava was the third most popular female baby name from 2016 to 2020.) So you choose something else; nothing too wacky, but nothing overtly basic either. Maybe Charlotte?

According to a recent study conducted by researchers at Carnegie Mellon University, some iteration of this decision-making process is likely happening across the U.S. every day — dictating trends in music, fashion, food and, of course, baby names. Led by associate professor Russell Golman, the social scientists took an unconventional approach to probing these society-wide shifts in preferences. They created a mathematical model using a framework derived from the field of game theory.

Golman hoped that, by evaluating commonly held assumptions with empirical methods, his team might reveal the truth behind them. “Mathematics forces us to be precise when we talk about social phenomena, so we can check whether our claims actually make logical sense,” he says.

In his book Everything is Obvious: Once You Know the Answer, computational social scientist Duncan Watts writes, “It's obvious that people like to fit in. Just observe the spread of ‘Bieber Fever.’” After quoting this, Golman adds a caveat: “It's obvious that people like to stand out. Just observe a hipster claiming you've never heard of his favorite band."

This was Golman’s starting point — could a model that incorporates both the desire to conform and individuate oneself explain the wandering nature of societal preferences? To find out he turned to the game theory concept of “equilibrium,” the idea that (given a set of rules that produce a limited number of options) players of a game will eventually settle on one outcome.

From a game theorist’s perspective, the issue had been resolved. When the two equilibria were combined, they produced another equilibria that considered both desires. But Golman wasn’t satisfied: “We don’t see equilibrium in the world. We don’t see everyone agreeing, 'Yep, we’ve found the perfect baby name and we’re done. All babies will be named this.'”

Now that he had a model, he had to figure out a way to break it. What third factor could predict the unpredictability of human taste?

In search of an idea, Golman sifted through the sociological literature on trends and fads. Some proposed that an elite class of tastemakers continually attempt to distinguish themselves while the lower classes hurry to imitate. Others argued that new behaviors arise randomly and sweep through societies before being discarded.

But a third proposal intrigued him. One group of multidisciplinary researchers, after investigating how an individual’s particular social network affects purchasing choices, saw society as a combination of many overlapping group identities rather than a monolith. “Once we introduced networks in the model, it was no longer guaranteed to reach equilibrium,” Golman says.

Finally, he and his team had a model that reflected the reality of the aesthetically diverse world around them. Though the desires to conform and stand out mattered, it was social networks that determined who people compared themselves to. “It’s about who you want to conform with and who it is that you don’t want to be the same as. The people that end up being the trendsetters — it just depends on where they are in the network,” Golman says.

It was finally time to see if the model held up to the light of raw data. Golman and his team used an algorithm to analyze a treasure trove of information on changing aesthetic preferences: decades of American baby names from the Social Security Administration. What the researchers observed, as described in the resulting paper, was “random walks” and “stochastic limit cycles.”

“Imagine a really drunk person stumbling around aimlessly. Each step is in a totally random direction,” Golman says. “But because there’s only a certain number of places you can go, eventually you’re going to circle back and end up where you started."

The framework may be highly theoretical, but Golman believes there’s an important takeaway: Neither conformity nor individuation produce meaningful results in a vacuum. In order to reflect the chaotic nature of the real world, our models must take into account our relationships.

“How does a phenomenon or movement like Black Lives Matter become mainstream? When people talk about something spreading virally, I think a big part of that is each person deciding, ‘Is this something I want to endorse publicly?’ Their social network is going to be a big part of whether they spread it or not,” Golman says. “I think social networks are really underappreciated in looking at how social systems evolve.’”