First Impressions Are Mostly Based on Your Face 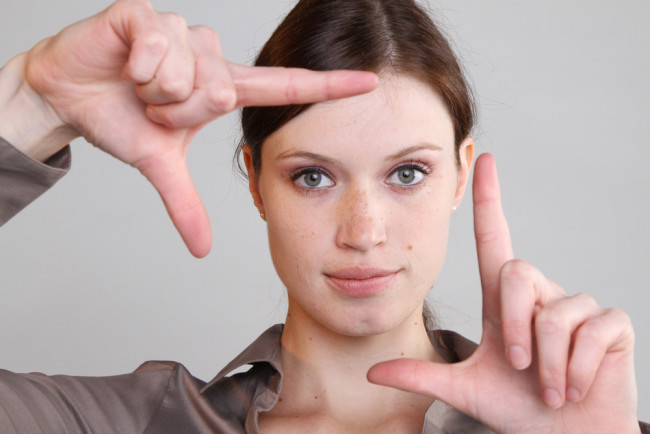 We’ve all met someone and almost instantly thought, “I could totally be friends with this person.” We’re not quite sure why we think that, but all it took was a few seconds to make that first impression. We might even take pride in such gut instincts, in our ability to "read" a person at a glance. But a new study finds that most of our first impressions are based simply on a person's objective facial features — and that, in many cases a computer model can accurately predict the first impression a stranger will make.

Putting a Trait to the Face

Researchers began by collecting a library of 1,000 pictures of real faces, which they had a group of experts score based on 16 character traits including attractiveness, intelligence, trustworthiness and age. The team then measured the objective physical characteristics of each face, taking 65 different scores. These data included head tilt, mouth gap, mouth area, lip curvature, eyebrow width and cheekbone position. Of the 1,000 pictures the team had scored, they gave 900 to an artificial intelligence computer program to study. Using this data, the program built up a model of the correlation between physical features and perceived character traits along three major axes: approachability, youthful-attractiveness, and dominance.

Once the computer was done studying, the team let it examine the 100 unseen pictures to see if the artificial neural network could accurately predict the traits the judges had already assigned to the photos. The team repeated the test until every photo was used in the set of 100 test photos. And indeed, the computer generated solid first impressions, accounting for 58 percent of the variance in raters' first impressions, the authors report this week in PNAS. While that may not sound like a very dramatic statistic, it's pretty impressive. "If we put all the social impressions on a scale from zero to 100, we find that, on average, the model's predictions differed from the judges' ratings by an average of 9.8 — with one-third being within 5 points [of the judges' scores]," says Tom Hartley, one of the authors of the study. For example, mouth shape and area were linked to approachability (for which a smile is a big plus), whereas eye shape and area were linked to attractiveness. Reversing this process, the authors were then able to generate simulated cartoon faces that produced specific, predictable first impressions in observers. Given our modern immersion in social media, this research helps explain why we feel the way we do about people at a single glance. So, the next time you’re stalking a stranger’s Facebook profile and you wonder why you get the feeling that, hey, maybe you guys could be friends in real life, a closer look at their face might explain why.