Female Serial Killers Do Exist And Are Known As 'Quiet' Killers 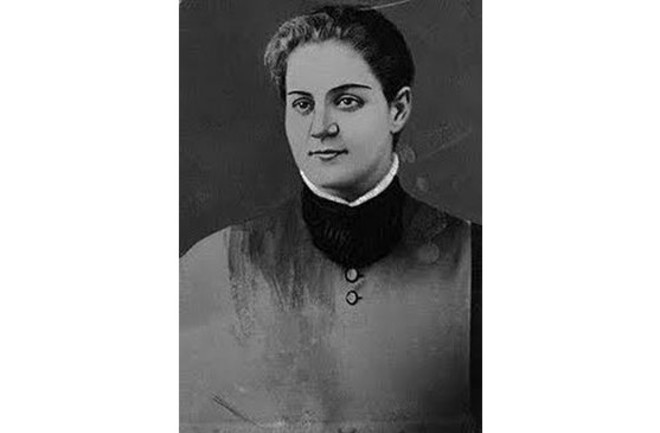 Jane Toppan — nicknamed "Jolly Jane" — was a nurse who poisoned thirty-one victims in the late 1800s, including her foster sister. (Credit: Wikimedia Commons)

This article was originally published on December 3, 2020.

In 1985, criminologist Eric Hickey published the first — to his knowledge — academic paper on female serial killers. The dearth of research on this demographic belied a dangerous assumption: Women are incapable of the depravity needed for such horrific crimes. Early in his career, in conversation with FBI agents at a conference, Hickey described a case on which he was consulting. The unidentified offender had murdered eight people over two years, all poisoned. He told the agents which sex he suspected. Their response? “There are no female serial killers.”

In his subsequent work, Hickey has looked at cases as far back as the 1800s. "We’ve always had them," he says. "We just didn’t acknowledge them.” Other reports suggest they’ve been around even longer. Around the turn of the 16th century, Elizabeth Bathory, a Hungarian countess, supposedly tortured and killed hundreds of young girls. Hickey tends to “discount those huge numbers,” but the fact remains that women, too, are responsible for untold bloodshed — they just follow a subtler modus operandi.

Women account for just over 11 percent of all serial murder cases in the past century. (Credit: Cody Cottier)

Granted, as with general homicide, women are underrepresented in serial murder, defined by some as more than two victims, by others as more than three. According to data from Radford University and Florida Gulf Coast University, they account for just over 11 percent of all cases in the past century. In more recent decades, it's between 5 and 7 percent. Their prevalence is also far more stable, with only a few dozen operating in any given decade, even as numbers for male serial killers soared above 700 people internationally in the 1980s. “I don’t think there will ever be a surge,” Hickey says.

Even as numbers for male serial killers soared above 700 people in the 1980s, they remained relatively stable for women. (Credit: Cody Cottier)

But some wonder whether the devious tactics of murderesses mask their numbers, helping them to evade capture. They’re often described as “quiet” killers: They typically don’t butcher, nor torture. They prefer poison — in 50 percent of all cases — and smothering to conspicuous knives and guns. They also tend to kill at home or at work, drawing less attention than the random, far-flung sprees common among men. In a 2013 paper analyzing the characteristics of female serial killers, sociologist Amanda Farrell wrote that they kill, on average, over longer stretches of time than their male counterparts.

Perhaps the starkest contrast between male and female serial killers is motive. Overwhelmingly, men kill for sexual pleasure and control — the most infamous, including Ted Bundy, Jeffrey Dahmer and John Wayne Gacy, share this rationale. But it’s incredibly rare for a woman to feel the same compulsion. For them, says Marissa Harrison, an evolutionary psychologist at Penn State Harrisburg, the drive is “definitely money.”

Read more: Jeffrey Dahmer And Other Serial Killers Have These 5 Traits In Common

As a prime example, she thinks of Amy Archer-Gilligan, who ran a Connecticut nursing home in the early 20th century. Investigators found she used arsenic to poison numerous elderly clients — several of whom she married — after insuring them or persuading them to name her the beneficiary of their wills. “It’s hideous,” Harrison says.

When she and her colleagues made the first comparison of data on serial killers of both sexes in 2019, motive was among the clearest differences: They found that 75 percent of male killings were sexual, and 52 percent of female killings financial. The data also affirmed the notion that women are far more likely to kill people they know, and to do so by the stereotypical techniques (for women, at least) of poisoning and asphyxiation.

This leaves much unexplained, and of course both male and female serial killers come in many shades. Aileen Wuornos, for one, shot seven men at point-blank range, finally prompting researchers and the criminal justice system to reckon with female lethality. Michael Kelleher and C. L. Kelleher, who wrote the book Murder Most Rare: The Female Serial Killer, classified women alone into seven archetypes, including the black widow (kills spouses, relatives and friends) and the angel of death (kills those under their care).

But broadly, the data from Harrison and her colleagues — drawn from 55 offenders of each sex — reveals a clear split along gender lines, both in motive and method. “The statistics basically backed up what everybody already thought,” Harrison says. So what explains this binary?

Harrison believes its roots lie in our primordial hunter-gatherer heritage. Her theory draws on evolutionary psychology, which explains human behavior in the context of the adaptations that helped our forebears survive and pass on their genes in the ancestral environment. If it’s true that for hundreds of thousands of years men hunted and women gathered, then perhaps their respective modern modes of killing are byproducts of this legacy.

In this frame, Harrison’s findings seem to fit. Men are more likely to venture out and stalk, or “hunt,” their victims, studying their routines and social networks the way a prehistoric man might have studied wild game. Women, on the other hand, tend to “gather” those near them. According to Farrell, 80 percent of female serial killers know their victims, and they often live or work with them.

Evolutionary psychology may help explain their respective motives, too. Robert Trivers, a pioneer in the field, applied the concept to mating behavior. Essentially, it boils down to reproductive self-interest: Because of their limited ova, the thinking goes, women benefit from the long-term support of a single, stable partner. But men, with their infinite supply of sperm, benefit from seeking multiple mating opportunities. This theory, translated into the twisted logic of serial murder, suggests that women kill to gain resources, and men to secure mates.

Obviously, at least in the latter case, there’s no actual evolutionary benefit for a man who kills the woman who could bear his child. The same is true for women who kill their own children. These are not rational decisions, Harrison says, but rather demented, pathological aberrations of ordinary human behavior.

She doesn’t claim that evolutionary psychology can explain all the nuances of male versus female murder, though. Socialization surely plays a role, too: The gender norms that men are aggressive and women are passive, enforced over centuries or millennia, are powerful sculptors of behavior.

Whatever the provenance of their distinctive traits, when a female serial killer kills, her victim “is just as dead,” Hickey says. And yet, he notes, we patronize them with silly nicknames — “Jolly” Jane Toppan and “The Giggling Granny,” as opposed to Jack the Ripper or the BTK (bind, torture, kill) Killer.

In her 2013 paper, Farrell cites Rudyard Kipling’s poem, “The Female of the Species,” saying, “many refused to see the wisdom of his words.” After extrapolating — often to utterly sexist conclusions — from the bear and the cobra, Kipling’s refrain runs, “The female of the species is more deadly than the male.”

Misogyny aside, it seems the claim holds some truth, and yet society is loath to accept it. Harrison agrees this reluctance is unwise: “Women can kill, too, and it’s a deadly mistake to think that they can’t.”