Exploring the Effects of Music on Creativity

Is it time to change your tune? Some sounds may improve the flexibility of your problem-solving skills more than others. 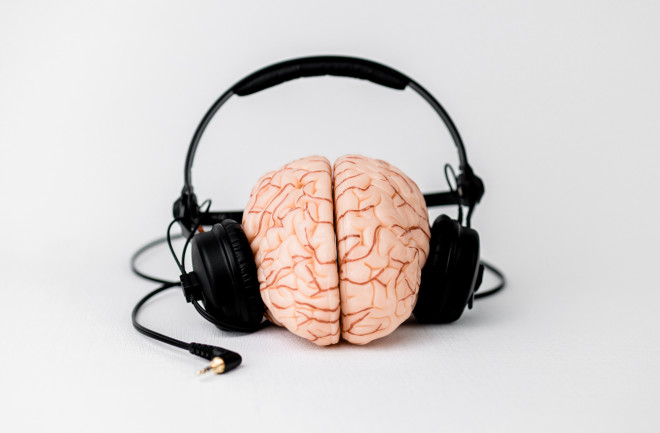 Some artists prefer to paint to the arpeggios of flamenco guitar, while some reporters require the driving beats of house music to punch through their story on a fast-approaching deadline. Still others swear they need the high-pitched screams of heavy metal guitar solos or the wordplay of hip hop’s golden age to inspire their work. And on the other end of the spectrum, many people consider music nothing more than a distraction, preferring instead to crank out their work in total silence.

“Any music has the potential to help you with creativity or rapid decision making,” says Gabriela Ilie, an associate professor of psychology and neuroscience at Dalhousie University in Canada. “It depends on the qualities of the music.”

Ilie has studied the effects that music has on creativity for decades. She was first inspired by the subject in the 1990s after reading a study — and then follow-up research — that claimed listening to Mozart improves the spatial-temporal reasoning of students for a short period of time. More specifically, students who listened to Mozart before a test seemed to see their IQ scores jump several points higher.

“Overnight there was a billion-dollar industry coming out of this finding,” Ilie says. She was fascinated, but she couldn’t shake the feeling that the result may have had more to do with the way music affects our mood than an intrinsic enhancement to our thinking. Follow-up work that she later conducted revealed these changes to be real, but likely an “artifact of mood and arousal” rather than a change in measurable intelligence.

In a study published by Ilie and her colleagues in 2011, participants either sat in silence or were given different kinds of classical music to listen to before attempting a creativity task and a rapid decision task. Researchers split those listening to music into 12 groups that each heard a different combination of speed, pitch and volume. They also asked participants to report their emotional states prior to completing the assigned tasks.

One of the creativity tests involved two strings hanging from the ceiling and a pair of pliers. The researchers asked participants to tie these two ropes together, but it was impossible to reach both strings at the same time. (Participants had to tie the pliers to one string and then swing it toward the other like a pendulum.) In another creativity test, the researchers gave out a candle, a box of matches and thumb tacks and asked participants to attach the candle to the wall and light it without dripping wax on the floor. (They could do so by tacking the box of matches to the wall just underneath the candle.)

Those who were most successful at solving these creativity tasks had listened to high-pitched classical music. Analysis showed that this creativity also correlated with a reported positive mood of pleasantness.

In the test to assess rapid decision making, participants were asked to identify characters as quickly as possible. Those who performed this task faster had listened to faster-paced music or speech compared to slow music. The speed of these sounds correlated with rapid decision-making. In other words, thrash metal or fast EDM might just help focus your thinking.

Music may not be beneficial to creativity in all cases, however. Research published in 2019 revealed that people presented with verbal word tasks performed more poorly when listening to background music rather than silence. The test itself involved coming up with compound words when presented with a simpler one; for example, participants presented with the word “sun” may have responded with “sundial” or “sunflower.”  The research also showed that even when the music boosted the mood of the participants, because they liked the music or typically studied with music, their performance was still impaired.

“To conclude, the findings here challenge the popular view that music enhances creativity, and instead demonstrate that music, regardless of the presence of semantic content (no lyrics, familiar lyrics or unfamiliar lyrics), consistently disrupts creative performance in insight problem solving,” write the study’s authors. They believe that in this case, music may disrupt verbal working memory, which was key to the task in their experiments.

It’s clear that we still have a lot more to learn about the effects of music. Other research has shown that music can awaken memories among people who have struggled with Alzheimer’s disease, for example. But because creativity is mostly affected by mood, Ilie says, your musical preferences come into play. Crashing, loud drums and screeching guitars may not inspire everyone, but heavy metal fans may certainly get creative when they hear it.

Ilie turns to influential German composer Richard Wagner’s idea about the meaning of music to explain some of the effect it has on creativity: He once said, “The sounds proceeding from the instruments of symphonic music seem to be the very organs of the mysteries of creation; for they reveal, as it were, the primal stirrings of creation which brought order out of chaos long before the human heart was there to behold them.”