Physical activity could help prune detrimental connections between neurons in the brain. 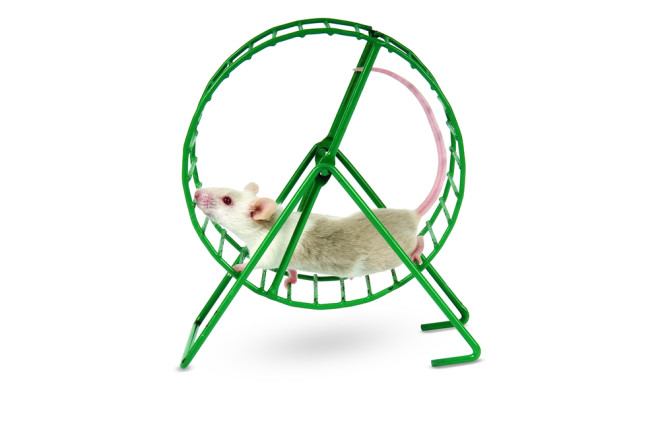 Autism spectrum disorder (ASD) has no cure. And medications to treat the condition’s core symptoms ⁠— anxiety, repetitive behaviors and difficulty engaging in social interactions like talking to others ⁠— do not exist. Now researchers may have landed on a simple and effective way to ease autism symptoms: exercise.

Exercise reversed autistic behaviors in an animal model of the condition researchers announced Tuesday in the journal Cell Reports. Physical activity seemed to help prune detrimental connections between neurons in their brains, and could lead to human therapies.

“Voluntary exercise can be a safe, drug-free way to improve overall health and now we have a better understanding of how exercise can positively change brain structure in ASD,” Ryuta Koyama, a neurobiologist at the University of Tokyo in Japan, who led the new research, said in a statement.

The researchers gave pregnant mice a viral infection during the second half of gestation. The virus ramped up the rodent mother’s immune systems in a way that is associated with neurodevelopmental disorders, including autism, in offspring.

When the mouse pups reached adulthood, Koyama and team put running wheels in their cages. They left the rodent treadmills there for a month. The mice exercised as much, or as little, as they wanted. “Some mice may have exercised just a little, some may have exercised very intensely,” Koyama said.

At the end of the month, autistic-behaving mice that had exercised were as social as mice whose mothers had not gotten the infection. They were also less anxious and no longer repeated behaviors excessively. The researchers don’t say, though, whether more exercise equated to better outcomes for the mice, or if there was a threshold of exercise below which the therapy didn’t work.

In follow-up tests, the researchers think they found how the wheel running eased the autistic-behaving mice’ symptoms. During development, the brain makes more brain cells than are necessary. Immune cells in the brain called microglia typically clear out the excess cells and any connections they have made to other brain cells.

But in both those with autism and animal models of ASD, that’s not the case. The extra brain cells and their unnecessary connections remain in place. Now, it looks like exercise may help the microglia clear out dud connections between brain cells, even well after birth. Though the exact mechanism is unclear, Koyama thinks it has to do with helping the microglia find connections that can be trimmed.

“Exercise likely enhanced the contrast between active and inactive neuronal connections so that the weak ones could be more easily targeted for removal,” Koyama said.

The researchers stress that the study can’t say whether the extra brain connections cause autistic behaviors. And previous studies have suggested that autism symptoms in humans cannot be reversed. But, if Koyama’s findings translate to humans, he may prove them wrong.

For now, he says his study has at least one practical application for individuals with autism.

“A very important part of this research is that the mice were not forced to exercise — any physical activity was voluntary. If children are interested, they should be encouraged to do any exercise they want,” Koyama said.

More From Discover
Mind
The Science of a Good Scare
Mind
What Happens When Scientists Put a Human Intelligence Gene Into a Monkey?
Mind
What is Anxiety and How Can Worries Overpower Us?
Health
What is Epilepsy and What Should We Know About it?
Planet Earth
We Share Smarts with Octopuses, and Now We Know Why
Mind
How Your Brain’s “Fingerprints” Could Diagnose Disease
Recommendations From Our Store
My Science ShopDiscover STEM Kits
My Science ShopDiscover 2022 Calendar
My Science ShopStrange Science
My Science ShopElements Flashcards
Shop Now
Stay Curious
Join
Our List