When no one is there to catch a fly ball, will you even want to watch? 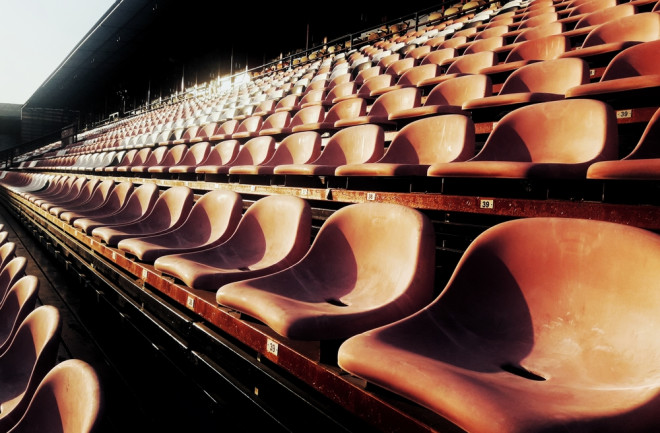 Sports are going to extreme lengths to make games happen this year — like the NBA confining tournaments to a Disney World sports complex.

If these games happen, stands will likely be empty to help enforce social distancing and limit instances of possible coronavirus spread. This is a tricky compromise for teams to make: Broadcasting contracts earn some leagues a lot of money, but empty stands make for an awkward experience for viewers at home, says Hyun-Woo Lee, a fan behavior researcher at Texas A&M University. To keep fans interested during and after these unusual games, some teams might have to put more effort into simulating all that makes live sports appealing in the first place, he says.

Whatever solutions they devise might also need to address some other fan issues, too. “The pandemic is just a new chapter in a long-standing story of attendance problems that many teams and leagues have faced for years,” says Julie Lanzillo, a sports management researcher at Neumann University. “It’s just amplified by the pandemic, because now no one is coming.”

Fake Me Out to the Ballgame

Value and demand for sporting events come from more than just ticket prices. Actual attendance and crowd engagement factor in, too. If the right atmosphere — one that’s hyped and excited — builds in the stadium, broadcasters can relay that energy to at-home viewers. “So it’s very important that the stands look filled,” Lee says. That’s why, in the past, some facilities closed off their upper decks for games with lower attendance, like when professional soccer teams would play in NFL stadiums, he adds. Fewer seating options make the fan presence look denser.

No amount of covered seating will make pandemic ballgames look normal, however. In other countries, teams have resorted to using fake spectators. One German soccer club has tried inserting cardboard cutouts of fans in seats. And in South Korea, one team put dolls in the stands (a choice that didn’t go over well). These aren’t perfect solutions, but teams will have to emulate the emotional fervor of attending a game somehow, Lee says.

Another possibility could be to record fans as they watch the events from home, and use that footage as a way to pump up other viewers. Normally, after huge moments in live games — an incredible 3-pointer or a grand slam — the broadcast will cut between replays of the highlight and clips of fans in the stadium reacting. Television programs rely on these dropped jaws or celebratory dance moves all the time, Lee says, as a way to transmit the emotion of the event to at-home audiences without relying on language. Could clips of people reacting to impressive plays from their living rooms serve the same purpose during socially distanced games? The NFL draft tried something like this recently, broadcasting players’ reactions as they heard the picks.

After the game is over, re-airing sensational moments only does so much to encourage people to return to the stadium. Interest in some professional sports has waned over the years, upping the stakes for teams to maintain solid relationships with the fans who remain.

To hold onto those connections, sports should emphasize promoting what Lee calls their “core values”: health, achievement, sociability and entertainment. Sharing footage that demonstrates these qualities — like a softball player helping a teammate run bases after an injury — carry more emotional weight than do highlight reels, Lee says, and build stronger connections between teams and fans. A similar concept applies to social media influencers: Research shows that when consumers perceive influencers as being more sincere, the products the individual endorses look more appealing.

Nike accomplishes these emotional appeals particularly well, Lee says. In the U.S., most fans develop their commitments to a team because doing so is a family tradition. When the Red Sox won the World Series in 2004 for the first time in nearly a century, Nike aired a commercial showing several generations of the same family watching games through the decades and finally seeing victory. Showing fans some of the qualities they see in themselves — multigenerational loyalists waiting patiently for success — taps into their strong emotional connections to the game. These displays can recommit fans to that part of their identity, Lee says.

“I think, at this moment, it’s important for the leagues and the teams and the players to empathize with the tragic situation going on these days,” Lee says. “Those kinds of shared emotions will last in fans’ memories.”

Building a Fan Base

Even if fans stick around and want to attend games in the future, there are some issues teams might have to address first, Lanzillo says. Game attendance has likely declined in recent years because at-home viewing experiences are improving, while the cost of a day at the stadium has gone up.

“I can sit at home — I don’t have to pay $40 to park,” she says. “An 80-inch TV is not a lot of money anymore.” Meanwhile, for those who want season tickets, “the experience in many cases is you have to be a diehard or you have to be a corporation who wants to use this venue as a way to entertain clients or customers.”

Stadiums in recent years have tried to make their venue more appealing by diversifying the space. Instead of sitting in a single seat for a couple of hours, there are different bars, restaurants, viewing areas and kid zones, Lanzillo says. But with attendance still in decline, teams that earn a significant portion of their revenue from ticket sales (and the inevitable concession and merchandise purchases) will need to start diversifying their income. Part of that strategy might be making new fans: Teams could deploy other attractions, like food or beer, to reel people into the stadium. Later, those newcomers might develop an appreciation for the sport.

Though Lanzillo thought these stadium adjustments would have to happen one day, a fan presence that plummets all the way to zero during a pandemic might push the changes faster. What these adaptations might look like, she can’t say. Lanzillo subscribes to a lot of team newsletters for research and to keep track of how they interact with fans. “It’s amazing to me in the last three months that I have not received one fan survey.”

Maybe teams have found that surveys don’t work, Lanzillo says. But it seems like a solution — to getting fans into stadiums and engaging with them during a pandemic — that might be overlooked. “If you want to know the answer to something, go to the people that can give you the answer.”