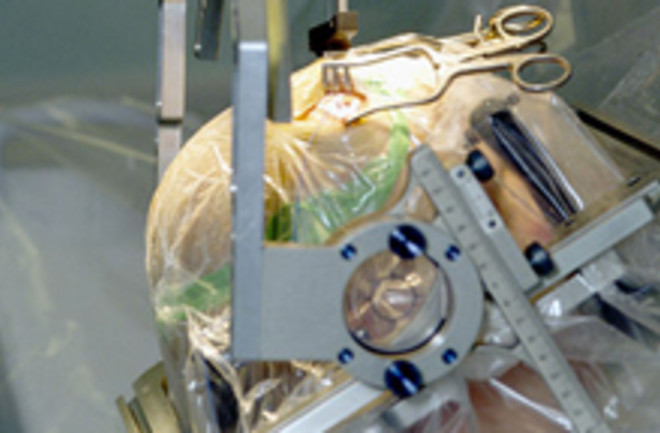 Inserting a "pacemaker" into the brain to emit regular pulses of electricity and quell disordered neural activity may sound like a therapy of last resort, but if current experiments show beneficial results the brain surgery may one day be commonplace. But some scientists are cautioning that research on so-called deep brain stimulation may be pressing ahead too quickly, and warn that long-term effects of the surgery are not yet clear. A growing number of psychiatric researchers are testing the method's effectiveness on a host of psychiatric disorders.

Until recently, deep brain stimulation was approved in the U.S. only to treat certain movement disorders, primarily those of Parkinson's disease, for which it diminishes tremors and rigidity and improves mobility. To date, more than 60,000 patients worldwide have had the devices implanted [Los Angeles Times].

But now large clinical trials are in the works that will test the use of deep brain stimulation for obsessive compulsive disorder, epilepsy, and depression. Smaller experiments are beginning to assess the therapy's effectiveness on a wide range of disorders including anorexia, drug addiction, obesity, traumatic brain injury, and Alzheimer's. One of the unresolved questions is exactly which brain area to target for each of these disorders, says Thomas Schlaepfer, a psychiatrist who works on deep brain stimulation.

Schlaepfer says the two large clinical trials being conducted on deep brain stimulation for depression may be premature. In a trial, he says, one needs to keep the area of stimulation constant in every patient. But only about 50 depressed patients so far have been treated with deep brain stimulation, and "it's just not enough to make an informed decision on what the right target [in the brain] is," he says. "This research is mainly driven by industry and not by public funding, [and] it's going a little bit too fast for my taste" [Los Angeles Times].

Deep brain stimulation has proven to be more effective than medication in the treatment of Parkinson's, but whether it will provide striking benefits for other patients remains to be seen. In Parkinson's, the electrodes are implanted in a part of the brain that is thought to relay movement commands to the body; the electrodes' pulses are thought to reduce extraneous commands. But in other parts of the brain, deep brain stimulation may cause more activity, researchers say.

"Right now it's not only not known which cells are the target, but also if they turn [their activity] up or down" in response to the stimulation, says Dr. Karl Deisseroth of Stanford University. "It's that level of confusion" [Los Angeles Times].

Image: Wikimedia Commons. Electrodes are transplanted in a Parkinson's patient.