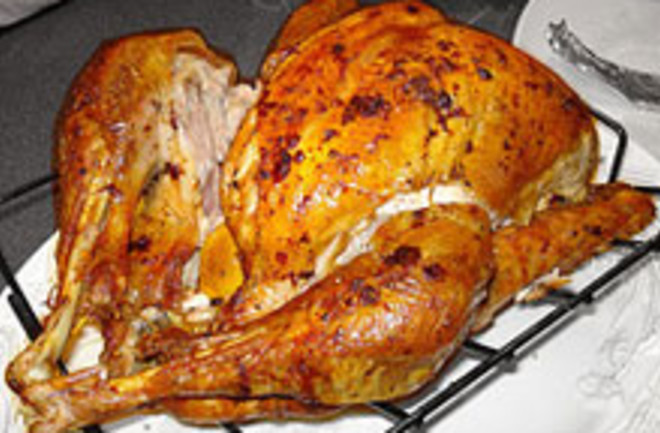 Here's one easy way to help avoid conflict and strife in your interactions with others: When you eat your three square meals a day, don't skimp on the meats and cheeses. Those foods contain high levels of the amino acid tryptophan, which the body needs to produce the neurotransmitter serotonin, a chemical in the brain that plays a role in regulating mood, aggression and social behavior. In a new study, test subjects with high serotonin levels responded less aggressively while making emotionally charged financial decisions in a test known as the ultimatum game. A research team from the University of Cambridge had the study volunteers fast overnight, and gave them a protein drink in the morning. One day the drink was fortified with tryptophan, while the other day it didn't contain the substance. On both days the subjects played 48 rounds of a so-called ultimatum game in which they and another person were offered a share of money, ranging from "fair" offers of 45 percent of the cash to "most unfair" stakes of 18 percent. If they accepted the offer, both parties got paid. If they rejected it, neither was paid.

More than 82 percent of volunteers with low serotonin rejected the most unfair offers. Those same people rejected the same offers 66 percent of the time when they had normal serotonin levels, the study said [Bloomberg News].

These results, which appear in the journal Science [subscription required], suggests that the subjects with low serotonin levels couldn't contain their annoyance, while those with boosted levels took the high road.

The research bolsters the view that rejection of an unfair offer is "an emotionally driven impulse," says [neuroscience PhD student Molly] Crockett. To heed more rational monetary considerations in the face of an unfair offer, she says, requires that you "swallow your pride"... which is a form of emotional control [ScienceNOW Daily News].

While the brain is too complicated to allow for these results to be easily applied to everyday life, where the brain is constantly responding to stimuli, people with anger-management issues may nevertheless be interested to know how they can add a bit more tryptophan (and thus serotonin) to their diets.

High levels of tryptophan are found in cheese, meat, soya beans, sesame seeds, chocolate, oats, bananas, dried dates, milk and salmon. Turkey is reputed to contain high quantities of the amino acid, which is said to account for the air of contentment that reigns immediately after Christmas dinner. But analysis shows that turkey contains only marginally more than chicken, pork or beef – and somewhat less than cheese [The Independent].

Even if turkey does contain only middling levels of tryptophan, it's worth remembering this study next Thanksgiving, when you can pass another slice to any squabbling relatives.