Early Life Experiences May Have Affected Your Brain Wiring

A new study on brain development in mice highlights a potential cause of neurological diseases in humans. 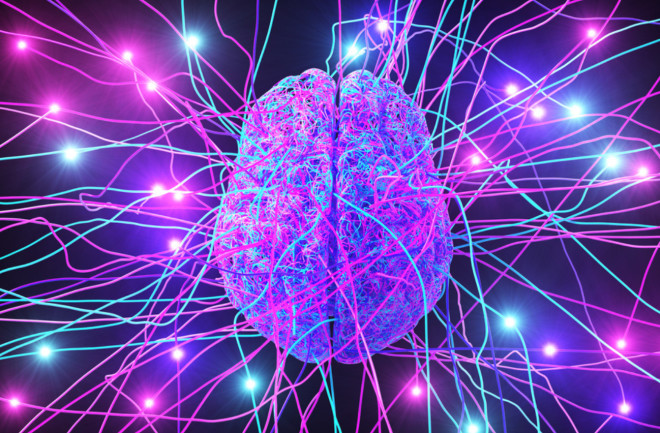 Scientists know that conditions early in life play a large role in the development of a healthy brain. Different organisms have differing needs that must be met during those formative first weeks, but all brains wire themselves to their environments during this time. Humans, as hyper-social creatures, require physical touch and communication, for example, among other nutritional and environmental necessities.

But if those conditions deviate from what’s physiologically required for healthy development, certain neurological pathologies can manifest later in life. In a new study, neuroscientists investigated brain development in newborn mice and found an unexpected relationship between two types of brain cells previously linked to adult psychiatric conditions such as epilepsy, schizophrenia and autism.

Chandelier cells lie in the cortex: the outermost region of the brain that’s involved in an array of high-level, conscious cognitive functions such as memory, language and reasoning. Named for their resemblance to a sprawling chandelier, these cells communicate with their neighboring cells using a large, branching network of axons.

“The branching of axons is needed to send information to several different targets at the same time,” says André Steinecke of Neuway Pharma in Germany, the lead author of the new study. “It would be a good idea, for instance, to let your motor system know if you hear the sound of a lion behind you, to get ready to run; but also [to have] your visual system check where the lion actually is, to not run in the wrong direction.”

The chandelier cells can regulate waves of activity in the brain by putting a pause on excitatory cells, which send signals across the brain. Or, they can let these signals pass through. This suggests that chandelier cells and their degree of branching play a central role in how various signals are integrated into the brain’s overall network.

Another Cell Calls the Shots

To observe how chandelier cell axons develop in newborn mice, Steinecke and his colleagues used a dye to label and detect cells that diverge into chandelier cells and transplanted genetically modified cells into the rodents shortly after birth. This allowed the researchers to observe brain development as it happened, and to manipulate the conditions to get a better understanding of the mechanisms that affect it.

What they discovered is that the sprouting of axons is initiated by a second type of cell, called a cholinergic neuron. These neurons lie in a modulating system deep within the brain that monitors the environment and internal state of the body. Only once the modulating cholinergic neurons release a neurotransmitter called acetylcholine do chandelier cell axons begin branching.

The study is the first to identify communication between these two types of cells so early in brain development. Steinecke says the team was surprised to find that the cholinergic neurons have such a strong and specific influence on the development of distant cortical cells, rather than neurons located closer by. “The modulatory neurons might reflect the current state of the animal in a more wholesome way,” he adds.

So, what might affect the neurons' release of acetylcholine? While early life conditions are important for the development of neural circuits, Steinecke suggests that it takes extreme experiences to push these systems into pathological states where neurological illnesses like epilepsy and schizophrenia may develop.

“We know that extreme situations affect these neurons, such as total isolation from the mother,” he says. Alterations of these environments in a more normal range, where parents might be less affectionate or too overbearing, for example, likely won’t lead to pathologies; these mild nuances in development will likely result in personality differences later in life rather than clinical conditions.

Another important question is, given the research was done in mice, how justified are we in applying these findings to humans? The environmental conditions that affect the modulatory relationship between the cholinergic and chandelier cells are likely slightly different in mice and humans, given that the species have differing physiological needs. However, we know that human brains consist of the same cell types — and Steinecke points out that the relative course of development is also comparable (although mice develop much faster).

“The chandelier cells branch their axons during the beginning of adolescence in mice and also in humans,” he says. The next step for researchers is to get a better handle on the various conditions that can affect this branching.