A small protein could lead to a cure for traumatic brain injuries. 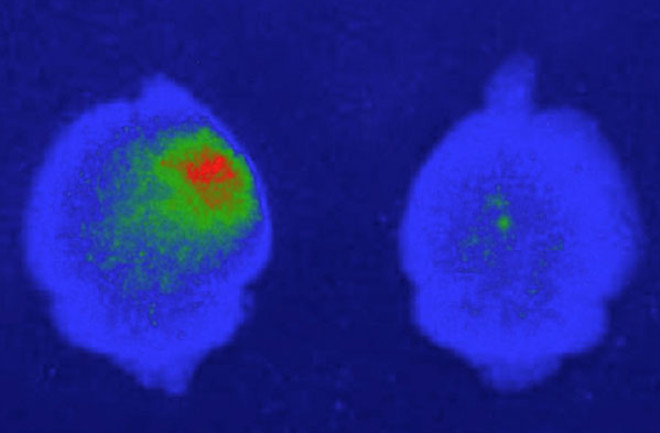 A short protein fragment, or peptide, may lead the way to healing traumatic brain injuries, a primary cause of death and disability among youth.

Currently, drugs to treat such injuries are injected directly into the brain — an invasive technique — or into the bloodstream, which allows the medication to spread throughout the brain, causing harmful side effects. Attaching drugs to the new peptide, called CAQK, would avoid these problems. The peptide, just four amino acids long, binds to a protein complex that’s more abundant in injured areas and can therefore carry the therapy through the blood straight to the damaged sites.

To find the chemical courier, a team led by Erkki Ruoslahti of Sanford Burnham Prebys Medical Discovery Institute in California tested 1 billion random combinations of amino acids — just one robustly bound specifically to injured brain tissue of mice and humans. The results were published in Nature Communications in June.

“We get more of the drug to go to the injury and to stay there,” Ruoslahti says. Now, older treatments that were abandoned because they didn’t latch to injured areas or had negative side effects could be revived.