Does Stress Cause Cognitive Decline?

Research suggests stress can have lasting impacts on our brain. But there are ways to combat chronic tension. 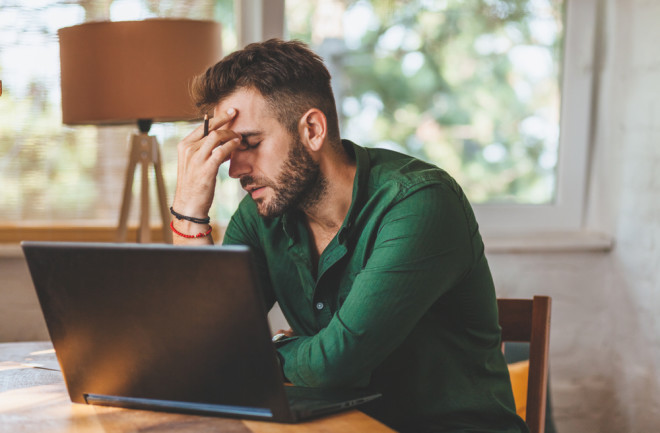 Stress is already stressful. It can cause headaches, muscular tension, sleeplessness, fatigue and anxiety. And over time, stress has been shown to have a deleterious impact on our overall health, increasing our risk of heart disease, diabetes and obesity. But what about cognitive health? Does living a stressful life cause your brain to decline with time? According to Kerry J. Ressler, a professor of psychiatry at Harvard Medical School, while the data isn’t completely clear, it does suggest a link.

“We know that in the short term, stressful events can cause a deficit in cognitive function. As the brain puts its resources towards fight or flight, there are less resources available for higher executive functioning and cognition,” says Ressler.

Different parts of the brain are always competing for attention, he says. During a stressful event, the amygdala, the portion of the brain associated with our basic survival, competes with higher-order brain functioning in the cerebral cortex and hippocampus. These are the parts of the brain associated with memory retention, reading and problem-solving. That’s why when you’re stressed out, it can feel nearly impossible to focus – not just because the stressful event is taking your attention but also because your brain isn’t functioning at full capacity.

But according to Kessler, stress and long-term cognitive decline is a little less clear. Epidemiological studies suggest that people with a history of depressive episodes or chronic stress have some increased risk of dementia, Alzheimer’s disease and mild cognitive impairment. But it’s difficult to prove the level of impact and what’s more, says Ressler, it’s hard to separate whether it’s past stress that’s causing the decline or ongoing depression or anxiety because many of those studied have suffered from depression and other mental health issues throughout their lives.

Chronic Stress in the Brain

“A lot of preclinical and animal data does show that chronic stress decreases functioning and neural connectivity in the hippocampus and the prefrontal cortex, and this would be consistent with a causal link to cognitive decline,” says Kessler.

Chronic stress, says Kessler, can also cause insomnia, which has been linked to an uptick in cognitive decline. Overnight, our brains go through what amounts to a spring cleaning and when we don’t sleep, muck and toxins can build up.

Read More: The Importance Of Sleep For Your Body

Research published in the journal Science found that during non-REM sleep the brain is washed with waves of cerebrospinal fluid which clears beta-amyloid, a dangerous toxin linked to Alzheimer’s disease. During sleep the brain also sorts through various memories of the day, consolidating what’s relevant and what needs to be eliminated.

Stress among the elderly can make the problem worse, says Roberta Diaz Brinton, director of the Center for Innovation in Brain Science at The University of Arizona Health Sciences. She says that elderly stress caused by everything from loneliness to finances to poor health can make mental decline worse. “As we age, the neural circuits that control the reaction of the limbic system can be over-activated with stress,” says Brinton.

Staving Off Stress with Age

No matter your age, if you have a history of chronic stress, or dementia or Alzheimer’s in your family, there are some steps you should take to reduce your risk of cognitive decline in your later years. First, a wide breadth of data has shown that good cardiovascular health is one of the best ways to improve cognitive health. One study, for example, looked at twins and found that the twin with better cardiovascular health — including lower blood pressure, cholesterol and blood sugar — also demonstrated improved memory. This means that exercise and diet are really important to overall cognition. Good sleep habits are also crucial along with efforts to reduce “pathologic” or chronic stress through proven tools like meditation and yoga. Finally, research also shows that positive thinking and general optimism may improve stress management and our outlook on life.

As we age the impact of stress can become more drastic because, says Brinton, our brain’s ability to recover from it takes a nosedive. So, if stress is getting in the way of your daily functioning, consider seeking therapy and professional help sooner rather than later. In the end, treatment isn’t just important for your short-term mental health, it may also be key to your long-term brain health.