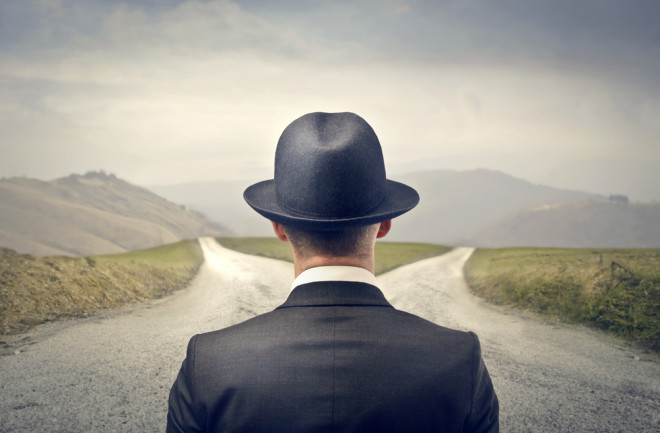 (Credit: Ollyy/Shutterstock) Have you ever walked out of a store with a shiny new gadget and wondered, “Why did I buy this? I can’t afford it. I don’t need it. What made me buy it?” Maybe you’ve asked yourself similar questions after you broke your diet with a tempting dessert, or fell back into the arms of someone who broke your heart: “I knew I shouldn’t have done this. Why can’t I make smarter decisions?” Neuroscientists have studied questions like these for decades, and they’ve produced a wealth of answers, as well as some tips to catch yourself in the midst of self-deception. Here are three simple ways to avoid deceiving yourself, and turn bad decisions into learning experiences.Find your Biases and Work With Them We’ve all got biases — conscious and unconscious — and there’s no getting away from them. We trust some news sources more than others; we rush to judgment on issues that inflame our passions; we remember statistics that support our views, while conveniently forgetting facts that undermine our beliefs. Most of use are unaware of our biases, a wide variety of studies have revealed, but they influence our decisions every day. What’s more, the most successful achievers tend to be the least aware of their biases, and the most overconfident in the rightness of their positions. In other words, the more world-changing power a person has, the more biased that person tends to be. The good news is that once you’re aware of your own biases, you’re in a much better position to work with them, rather than being misled by them. The human brain comes loaded with handy tools for catching biases in action as you ponder a choice. “Unlike most animals, we humans have the ability to be self aware, to self regulate,” says Teagan Wall, a PhD behavioral neuroscientist . Be aware of the things that make you happy and the things you’re inclined to overindulge in. Then, consciously take those tendencies into account when you’re making decisions. “Make sure those desires aren’t just running on autopilot in the background,” Wall explains. “Bring them to front of your mind, acknowledge them, and stay aware of them as you make your decision.” Take a look at this list of common biases, and see if you can catch any of them in your mind next time you’re thinking through an important choice. Fit Your Thinking Style to the Task Some psychology experts claim that people make more accurate decisions when they disregard intuition and think analytically. Intuition, these researchers say, leads to easy conclusions rather than accurate ones, which makes it dangerous. Other studies, however, found exactly the opposite effect — that intuition leads to more accurate decisions than detached analysis does. The truth about good decision-making may be somewhere in the middle: A growing body of research argues that the most accurate decision makers, overall, are people who know when to switch between the two modes of thinking.

(Credit: Marijus Auruskevicius) A 2015 study by a team of researchers at Israel’s Interdisciplinary Center Herzliya found that people who describe themselves as “analytical thinkers” tended to be more accurate in analytical tasks like math problems, while self-described “intuitive thinkers” tend to do better on tasks like face recognition. Now here’s the real kicker: People who described themselves as adept at both modes of thought scored above average on both kinds of tasks. The people who scored highest on both tasks described themselves as neither strongly intuitive nor strongly analytical. Instead, top scorers claimed they were both strongly intuitive and strongly analytical, depending on which type of thinking the situation called for. The top performers, in other words, were skilled at both types of thinking, and were flexible between them. Next time you’re stumped on a decision, give logical analysis a serious try first — since it’s the slower of the two types of thinking — then, if that doesn’t work, make an equally earnest effort at intuitive thinking. The interplay of the two may lead you to the right choice. Separate the Issue From the Math Don’t confuse keeping an open mind with gullibility. Maintaining an open mind means continuously factoring new data into your decision making process, regardless of how that information makes you feel. Feelings are often important in making a choice, but when your preconceptions about an issue color your perceptions of hard numbers, even your basic arithmetic is liable to fall apart. In a 2013 study, a team led by Dan Kahan at Yale University asked several groups of volunteers to interpret a fake scientific study. The participants reviewed a bogus the paper’s statistics about the effectiveness of a “new cream for treating skin rashes.” The challenge was to punch those numbers through solving a fairly complex arithmetic problem — and 59 percent of participants got the answer wrong. Their accuracy tanked even further, though, when the study they were assessing wasn’t about skin cream, but concerned “a recent gun ban.” The math problem was the same, but this time it dealt with numbers regarding a partisan issue. Participants scored worse on this assessment, and specifically in the direction of their political bias. When the correct answer was that the gun ban effectively reduced crime, more Democrats got it right and Republicans got it wrong. When the correct answer was that the ban didn’t work, Republicans scored higher and Democrats scored lower. Biases can always lie — statistics can be sneaky, too — but simple arithmetic is pure numbers. If your decision involves math, calculate the hard numbers without thinking about what they mean, then process your feelings at a separate time. You’ll see both sides more clearly. With the help of tactics like these, you’ll catch poor decisions before they happen, and learn something useful about yourself when you do slip up. You don’t have to be a saint or a guru to make wise decisions, but you do need a send of awareness of your own mental foibles, and a willingness to be honest with yourself, about yourself.