Whether it's the opening lines to "Bohemian Rhapsody" or a familiar advertising jingle, we all get them. But scientists have also found ways to banish a particularly pesky tune. 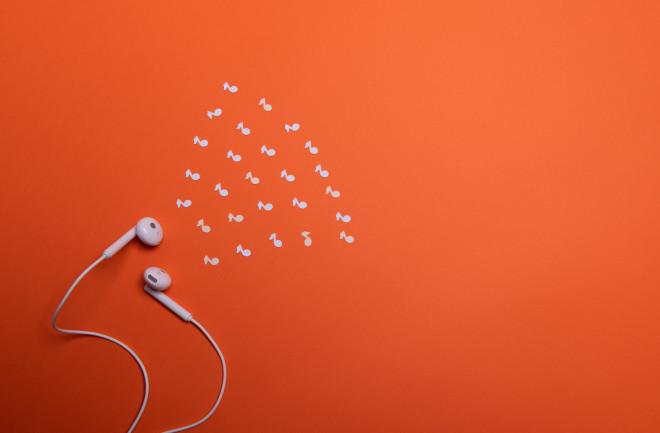 It’s a jingle from a radio ad, or maybe the theme song to an old sitcom, or perhaps it’s a scrap of a tune you haven’t heard since high school (and didn’t much like even then). But one thing is certain — if it doesn’t stop playing in your head in a never-ending loop, you’re going to start banging your head against the wall.

Yep. You’ve got an earworm.

Earworms are as common as they are annoying. Almost everyone gets them, and some poor souls have them several times a week. Scientists call them “involuntary musical imagery” or sometimes “intrusive musical imagery.” The English word earworm is a literal translation the German word Ohrwurm. No wonder English speakers adopted the phrase. It makes perfect sense: The tune worms its way into your brain via your ears — and refuses to leave. Most often, it’s just a bit of a tune, a short passage of a song that repeats over and over and over and over and over... like a needle caught on a scratch in an old vinyl record.

Not everyone hates them. According to a recent paper reviewing the body of earworm research, some people say they actually enjoy their earworms. But the charm wears off quickly. And a really sticky tune can drive you up a wall, even if it was a song you once liked.

Can’t Get You Out of My Head

It wasn’t until the 1980s that scientists began to seriously study the phenomenon. They still haven’t figured out what causes them, but in 2016 an international team of researchers asked 3,000 people about their earworms. They looked at the songs themselves in an effort the determine what made a song likely to get stuck on repeat. It turns out, if it’s hoping to have an afterlife as an earworm, a song needs to have an upbeat, easy to remember melody. It also helps if there are some unique intervals or repetitions (think “who let the dogs out,” or “whoops there goes another one”) that distinguish it from the average pop song. Advertising jingles are especially good at this (cue “break me off a piece of that Kit-Kat bar.”) Most of the tunes reported in the study have lyrics, but not all do. Just the drum track of “My Sharona” or the opening bars of Beethoven’s 5th can do the trick.

Read more: Where Did Music Come From? Here Are the Leading Theories

But some do it better than others. The top nine songs fingered as earworms by 3,000 participants in the 2016 study were:

2) “Can’t Get You Out of My Head” by Kylie Minogue (there’s some irony there, for sure)

4) “Somebody that I Used to Know” by Gotye

(That’s three out of nine for Lady Gaga — is she trying to drive us mad?)

People from different cultures or age groups will have different earworms, of course, and what sticks to you might not stick to someone else. If you’ve rarely listened to, say, “Don’t Stop Believing,” then it probably won’t burrow into your head if you hear it on the speakers at the supermarket. On the other hand, it might, so be careful where you shop.

The Cure for Earworms

If this article has given you an earworm, you might be wondering how to get rid of the darn thing (especially if it was “Don’t Stop Believing” that hooked you). There are a few strategies that seem to work, sometimes, for some people. One study found that listening to a cure tune could help. For example, “Kashmir” by Led Zeppelin banished an earworm for some of the study’s participants. (The participants did not report if they then had to live for days with the repetitive opening riff of “Kashmir,” as I may have to do after writing that sentence.)

Susana Martinez-Conde, a neuroscientist at the State University of New York, Downstate Medical Center, has done research that suggests our brains are incapable of multitasking. This might be a problem when you’re trying to catch up on emails while attending a Zoom meeting, but it can work in your favor when it comes to earworms. “When we focus our attention on an object or activity of interest, our neural circuits automatically work to suppress everything else that is unrelated,” she explains. Martinez-Conde recommends focusing on “something involving words, such as memorizing and reciting poetry, practicing tongue twisters, solving word puzzles, or simply conversing with other people.”

Just make sure the people you’re conversing with don’t start belting out “ga-ga-ooh-la-la,” and you should be fine.