A seemingly brain-dead young man makes a startling recovery, and a neuroscientist tries to find out why. 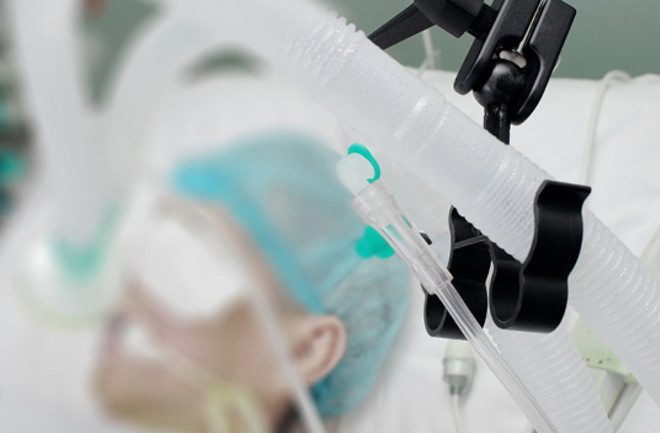 Stephen arrived home around midnight after spending the evening with friends. Hours later, his mother, Helen, heard strange sounds coming from the 19-year-old’s bedroom. She found him lying face down on his bed. He had choked on his own vomit, most likely as a result of alcohol intoxication. He wasn’t breathing.

Stephen sustained severe brain damage due to lack of oxygen for 10 to 15 minutes. Two months later he was declared to be in a persistent vegetative state. People in this condition can sometimes grunt and groan, but otherwise are completely unresponsive to the world.

Vegetative patients can live for several years, sometimes decades, and usually die from infections, organ failure or complications related to their original injury. Extremely few recover some ability to communicate and comprehend their environment.

In recent years, neuroscientists have found that perhaps as many as 20 percent of patients who appear to be vegetative actually have some consciousness. Doctors determine this through tracking brain activity in response to questions.

Tests on Stephen showed no such consciousness. And yet he eventually recovered and resumed his life, something that almost never happens. How did Stephen beat such long odds?

On that summer morning when Helen discovered her son dying, Stephen was rushed to the local hospital. A CT scan showed extensive damage to the white matter in his brain, including the frontal and parietal lobes, regions critical for working memory, attention and other high-level cognitive functions. On admission, his score on the Glasgow Coma Scale was 3 out of 15. You can’t score lower than a 3 — even the dead can hit that number. Stephen spent several months in the hospital without improvement.

We’re only now starting to figure out why some people recover from brain injury and some do not.

Though people in vegetative states are cognitively non-responsive, the brain stem and the brain region called the diencephalon are usually preserved. The diencephalon regulates sleep-wake cycles and motor reflexes, while the brain stem controls automatic functions like breathing, blood pressure, heart rate, swallowing and pupil dilation. In sharp contrast, people who are in comas often need a ventilator to breathe, can’t open their eyes and do not have sleep-wake cycles.

Because so many basic biological functions remain intact for vegetative patients, they are often cared for at home. Sure, it’s not easy; they’re fed and hydrated through tubes and have hygiene needs. But it is doable for a dedicated family. After several months in the hospital, Stephen had regained the ability to breathe on his own and went home. Soon after, the family brought him to the Brain and Mind Institute at Western University in Ontario, Canada, where my team and I evaluated him.

For four days, we tested Stephen using every tool at our disposal, looking for some sign of inner life. Stephen’s eyes rolled in his head and did not appear to focus on anything, and his reflexes occasionally jerked his body. A functional MRI (fMRI) scan and an electroencephalogram (EEG), both of which measure brain activity, yielded no positive results.

Many families of these patients resort to alternative therapies, because no conventional treatments are effective. Stephen’s family tried hyperbaric oxygen therapy, a well-established treatment for decompression sickness that involves a person breathing pure oxygen in a pressurized room or chamber. Helen also gave him herbal supplements, and she held ice to his feet and coffee grains below his nose in an attempt to trigger physiological reactions and memories.

Did any of this help Stephen recover? I don’t think so. There’s no science that shows these techniques are effective for people in vegetative states. While we have learned a tremendous amount about the brain and the tenuous, fragile nature of consciousness, we’re only now starting to figure out why some people recover from brain injury and some do not.

Months after I had first examined him, Stephen began his return. It all started when he laughed at an offhand comment by his mother. Gradually he started speaking, eating on his own, brushing his teeth and regaining the ability to walk through physical therapy, although most of the time he used a wheelchair to get around.

I invited Stephen to visit us so we could better understand how he had recovered and what he remembered, if anything, of our tests.

He described in detail the many tests he had undergone while he appeared to be in a vegetative state. He remembered the electrodes being placed on his head for the EEG and being inside the fMRI scanner. We showed him pictures of lab workers — some who tended to him during his lab stay and others who did not. And we showed him pictures of rooms where he was examined and pictures of rooms where he wasn’t. Stephen correctly identified the people who worked with him and the rooms he was in.

A year later, I drove out to his house for another follow-up. “What do you want to talk to me about?” said Stephen, now an intense-looking 21-year-old with trimmed dark hair and dark eyes. I suggested he tell me about his experiences in the hospital’s ICU after his brain injury.

“I felt like I was trapped,” he said. “But I wasn’t terrified or despairing. I knew that I was going to get through it.”

He said he was not in pain and that he constantly tried to communicate.

“It was like being inside my body, but not being able to control it.”

There is no medical term for Stephen’s condition: being conscious yet completely unable to communicate and control body movement. Locked-in syndrome comes close, but those patients are able to move their eyes (helpful when responding to questions), something Stephen could not intentionally do.

Clinically speaking, he was in a vegetative state. But how could we have missed his flickering consciousness?

This wallet-sized fNIRS device developed at Tufts University uses a laser to detect brain activity. The unit, which has been shown to be more accurate than an EEG, is held on a patient’s forehead and linked to a computer. (Credit: Pat Greenhouse/The Boston Globe via Getty Images)

The second scenario is likely what happened to Stephen. Damage to this area can also mask brain activity normally picked up with scans, explaining why we missed it. Stephen recovered because the connection between two regions in his brain either regrew or the brain linked them in a new way.

His case underscores the limitations of fMRI and EEG for determining consciousness. An alternative has recently emerged: fNIRS, or functional near infrared spectroscopy, which uses a laser to detect brain activity by measuring oxygenation in the blood. It’s portable and less expensive than fMRI. And it’s shown promise in detecting active areas of the brain more accurately than an EEG.

Eventually fNIRS could be used in patients’ homes so they can communicate with family members. They might ask, “Do you feel good or bad today?” To respond “good,” the person might be instructed to imagine one task (such as playing tennis) that would light up a specific region of the brain. To respond “bad,” they would be asked to imagine something that activates a different part of the brain (such as walking through the rooms of their home). Recently the device was used in the ICU of a Canadian hospital to ease communication between a patient and his doctors.

While there’s still no medically proven way to bring someone back from the gray zone between life and death, a portable fNIRS could increase the quality of life of a nonresponsive but cognitively aware person.

As for Stephen, his quality of life continues to improve. He is studying life sciences at a university, and is close to leaving his wheelchair behind.

More From Discover
Planet Earth
We Share Smarts with Octopuses, and Now We Know Why
Mind
How Your Brain’s “Fingerprints” Could Diagnose Disease
Planet Earth
Sperm Whales Have the Biggest Brains, but How Smart Are They?
Mind
Relaxing ASMR Sounds are Harder to Re-Create Than You’d Think
Mind
Supporting A Child’s Rapidly Developing Brain
Mind
Music Inspires Powerful Emotions On Screen, Just Like In Real Life
Recommendations From Our Store
My Science ShopDiscover STEM Kits
My Science ShopDiscover 2022 Calendar
My Science ShopStrange Science
My Science ShopElements Flashcards
Shop Now
Stay Curious
Join
Our List