It's not yet clear why bipolar disorder and Parkinson's disease might be linked. 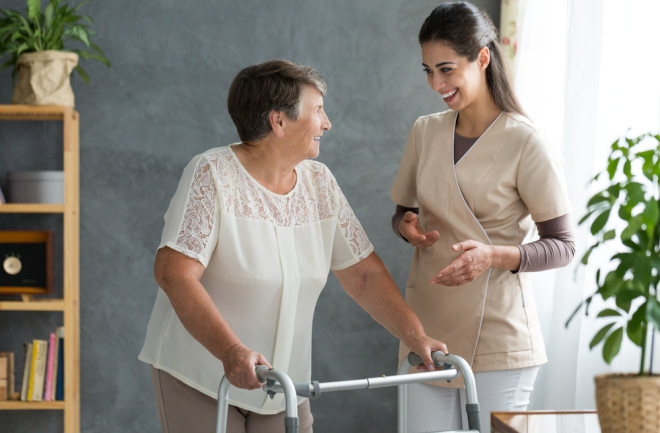 Bipolar patients are seven times more likely to develop Parkinson’s disease, according to a new study. Though the news may be disheartening to those suffering from the already-trying condition, the link might also lead to clues about the causes behind the two conditions.

Parkinson’s is a complex disease associated with a gradual decline in dopamine levels produced by neurons, or brain cells. It eventually leads to impaired movements and other bodily functions. The causes are unknown, and there is no cure.

Bipolar disorder, also known as manic-depressive illness, is characterized by episodic fluctuations in mood, concentration or energy levels. Its causes are also unknown, though some bipolar-associated genes have been identified. Researchers are still figuring out how brain structure and function changes under the disease.

Previous research has linked Parkinson’s with depression. So when the authors of the new study, most of whom are practicing physicians, noticed some of their bipolar patients developing Parkinson’s, they wondered if there was a connection.

The study, out today in Neurology, was led by Huang Mao-Hsuan, who practices in the department of psychiatry at Taipei Veterans General Hospital. The researchers compared data from two groups of adults in the Taiwan National Health Insurance Research Database. Members of one group — over 56,000 individuals — were diagnosed with bipolar disorder between 2001 and 2009. The other — 225,000 individuals — had never been diagnosed with the disorder. No one in either cohort had received a Parkinson’s diagnosis and all the patients were over 20. And researchers ensured the two groups had similar ages, socioeconomic status, and other traits that might influence health.

The researchers followed up with all 278,000 people in 2011 to see how many had been subsequently diagnosed with Parkinson’s. They found that 0.7 percent of the patients with bipolar disorder ended up developing the disease — about 1 in 140. But for those without the disorder, the prevalence of Parkinson’s was about 1 in 1,000, or 0.1 percent.

Researchers found the trend held even when controlling for the potential effects of antipsychotic medications, which are frequently prescribed for bipolar disorder and are known to cause Parkinson’s-like symptoms (known as drug-induced parkinsonism, or DIP.)

The only clue to a mechanism that would explain the link was that patients with the highest frequency of psychiatric admission for bipolar episodes also had the highest prevalence of Parkinson’s. It’s not clear why this would be, though both bipolar disorder and Parkinson’s are known to be linked to impaired dopamine transmission in the brain. More research is needed to figure out what the connection between these two diseases might be.

More From Discover
Mind
How Obsessive-Compulsive Disorder May Contribute to Superior Memory
Health
This is Your Brain Off Alcohol
The Sciences
Optical Illusions Are Weirder Than You Think
Mind
People Are Drawn To Others With Similar Body Odor
Health
Researchers Restore Cell and Organ Function in Pigs After Death
Mind
Could Brain Injuries Explain King Henry VIII’s Tyrant Behavior?
Recommendations From Our Store
My Science ShopDiscover STEM Kits
My Science ShopDiscover 2022 Calendar
My Science ShopStrange Science
My Science ShopElements Flashcards
Shop Now
Stay Curious
Join
Our List