Beware Friends Who Are Bad With Money: It Could Be Contagious 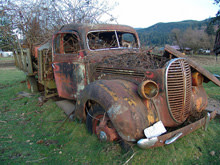 is contagious. So too, it seems, are being fat, being sad, and a host of other things that we social creatures tend to pick up from each other. In a study published this week in the Journal of Experimental Social Psychology, scientists picked out one more trait that could be contagious among connected people: making bad business decisions. Researchers had already confirmed that people have a hard time letting go of their own bad investments.

For example, someone who buys a lemon of a car or a dilapidated house will, instead of owning up that it was a mistake and cutting their losses, continue to commit to the project and pour more money, effort and emotions into it [Los Angeles Times]

. The key finding in this study, however, was that this bad business psychology can spread to others. On a computer screen, the study participants watched text updates of two supposed volunteers (who were actually played by a computer program) bidding on a prize that supposedly equal $4.45 in real money. When the first "decision-maker" neared the bidding threshold at which they would be losing money on the investment, the real study subject was asked to take over bidding for him or her. Study subject had all the information to know that it made no business sense to keep going.

But the volunteers who felt an identification with the fictitious player (i.e., those told by the researchers that they shared the same month of birth or year in school) made almost 60% more bids and were more likely to lose money than those who didn't feel a connection [ScienceNOW Daily News]

. Thus, the scientists suggest, humans can unconsciously adopt the psychology of friends, business partners, or simply people to whom we feel connected, and become similarly incapable of cutting our losses on a bad investment. Related Content: 80beats: Chimps Catch Contagious Yawns From Cartoons 80beats: "Expert" but Bad Financial Advice Turns Off Decision-Making in the Brain 80beats: Rats Compulsively Gamble for the Same Reason Humans Do: Lack of Serotonin DISCOVER: How to Make Your Friends Fat