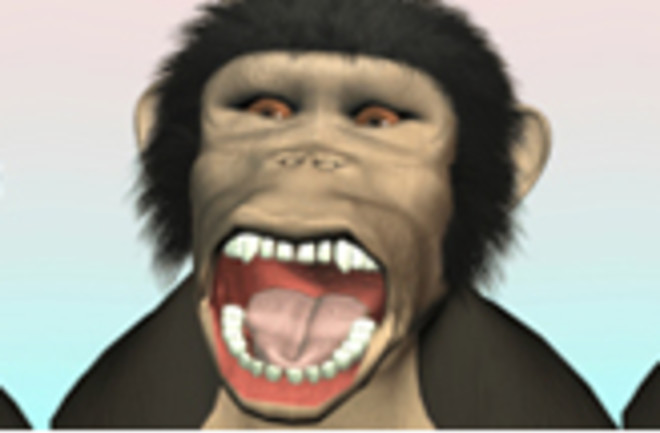 Yawning is so contagious that even chimpanzees who watched animations of cartoon chimps yawning couldn't resist the impulse, according to a new study in Proceedings of the Royal Society B. Study coauthor Matthew Campbell

doesn't think the chimps were "fooled" by the animations into thinking they were looking at real chimps, he explained that there was evidence that chimpanzees "process animated faces the same way they process photographs of faces". He said: "It's not a real chimpanzee, but it kind of looks like a chimpanzee, and they're responding to that" [BBC News].

The chimps were tested by first showing them animated chimps making a variety of facial expressions, and then another set of cartoons with yawning chimps. Only the latter cartoons elicited the yawning response. Campbell says the findings could assist

in the future study of empathy.... "We're interested in using animation for presenting stimuli to animals, because we can control all the features of what we show them" [BBC News].

As for why yawns are so contagious, Campbell suggests that the phenomenon

may have evolved to allow some animals "to coordinate activity better, resting when other individuals are resting" in order that they "can travel when it's time to travel, eat when it's time to eat" [Discovery News].