Awkward Silences: Maybe It's Time to Stop Avoiding Them and Start Embracing Them

Resist the urge to keep on talking: Some silence is not only good for conversations — it's good for you, too. 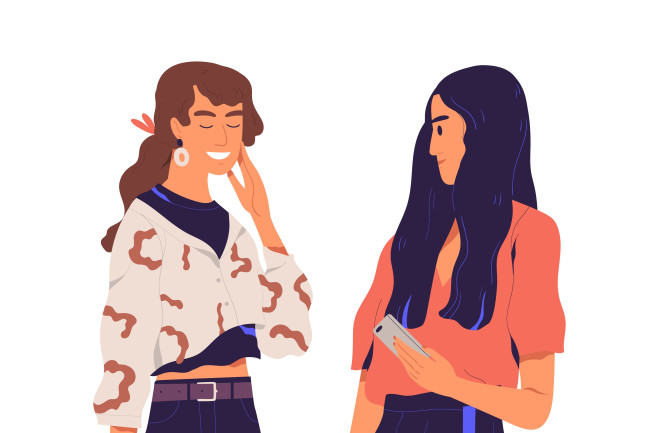 Why is an awkward silence so awkward? Why do extended breaks in conversations make us feel uncomfortable? Many of us would rather talk over someone than risk an excruciating bout of dead air. We can’t stop talking long enough to listen and, when we do take a break, most of that time is spent planning what we’re going to say next.

We Americans are a gregarious bunch, tending towards a more extroverted stance in conversations. Social scientist Ty Tashiro says that it all comes back to expectations.

“There’s a bias towards extroversion in our culture so when we’re not talking, it’s treated like something’s wrong,” says Tashiro, author of The Science of Why We're Socially Awkward and Why That's Awesome.

He says that there’s a cultural expectation that when we’re sitting with someone we’re involved in dialogue and if that’s not happening, it violates our social and cultural norms. When silence is awkward for some and not for others that’s because social norms vary from person to person and from culture to culture. Speech latency, or the time spent between words, is supposed to be rhythmic with predictable breaks. When conversational intervals are even a second longer than we think they should be it sets off an alarm in the brain’s amygdala, a collection of cells near the base of the brain tasked with responding to threats.

“We may suddenly think that we said something stupid, offensive, or that the person we’re in a conversation with isn’t that interested in talking to us,” says Tashiro.

Additionally, Americans value independence over interdependence, he says, and nothing says independence more than leading a conversation. In modern times, platforms on social media allow us to take extroversion to a whole new level, gaining followers and building a brand around what we have to say.

Silence, or an extended break in a conversation, has all sorts of negative connotations, says social cognition researcher Adam Wang, and much of it depends on perspective. When a police officer is interrogating a crime suspect who pauses for too long, it may be perceived that the suspect is using that interval of time to fabricate a lie. When a business person is proposing a deal and the other end of the conversation responds with silence, it could be construed as hesitation or doubt. Silence could also be interpreted as nervousness. But Wang agrees that Americans' cultural idea of silence is different from that of other parts of the world. For example, Asian international students often learn to talk more with their American counterparts in order to fit into their norms because our culture tends to shun introversion.

“The opposite is also true,” says Wang. “When you come from a more extroverted culture and you move to a culture that values introspection, you’re taught to be less talkative.”

That’s because you can train your brain to be more comfortable in silence, and according to experts, it’s a worthwhile proposition. Silence has been shown time and time again to be a net positive for the psyche. Cleveland Clinic psychiatrist Dr. Susan Albers-Bowling says we could all learn to be better listeners who actually hear what the person we’re talking to is saying. And even if silence is cringe-worthy to you now, you can retrain your brain to become more comfortable with it. Turn the radio off in the car. Take a walk deep in nature. Meditate in the morning. Or take time to read instead of watching television. And the next time you’re in a conversation, test your comfort with silence. Notice if you’re talking too much and look up to see if you’re missing social cues. Is your conversation partner trying to get a word in? Do they seem disinterested? With time you can learn to listen and enjoy extended periods of silence.

Albers-Bowling says that extroverts get a lot of kudos in American culture while introverts are often undervalued. But learning to listen is so important to our relationships.

“Conversations should be like throwing a ball back and forth,” says Albers-Bowling. “You want to make sure you’re not holding the ball for too long.”

When you wait to respond instead of jumping back into the conversation, it makes people feel like they’re truly being heard, she says. You’re observing their body language and social cues. There’s also a likability factor. We tend to like people better when we feel they talk less than we do. If you’re just meeting someone, asking more questions and listening more increases the likelihood that your conversation partner will like you. Not to mention that silence, in general, is good for your health. It reduces adrenaline and cortisol in the brain and has even been shown to reduce blood pressure.

“Silence can be a learned skill,” says Albers-Bowling. “And we need more of it, not less.”