Are Antidepressant Drugs Actually Worth Taking?

A psychologist says secret corporate documents show how ineffective the drugs really are. 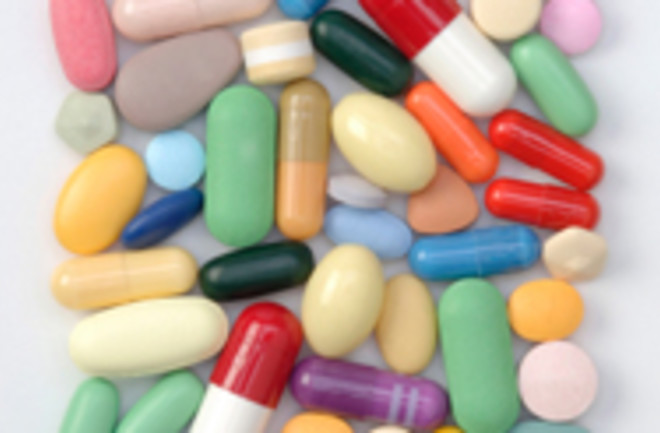 THE STUDY"Initial Severity and Antidepressant Benefits: A Meta-Analysis of Data Submitted to the Food and Drug Administration" by Irving Kirsch et al., published online on February 26 in PLoS Medicine.

THE QUESTION Irving Kirsch no longer sends patients to seek out antidepressants. "As a clinical psychologist," he says, "I used to refer patients to colleagues who were psychiatrists to get these medications." But his research over the years has soured him on the drugs, suggesting they work only marginally better in the average patient than a placebo pill. Kirsch recently analyzed the numbers behind a multitude of studies to answer the question: Do antidepressants work?

THE METHODS For the analysis, Kirsch and his colleagues were reluctant to rely solely on published drug trials. Those that get published, other researchers have found, tend to show medications in a more positive light than trials that go unpublished. To circumvent that influence, known as "publication bias," Kirsch's team used the Freedom of Information Act (FOIA) to solicit records from the Food and Drug Administration. That gave them access to data from all manufacturer-sponsored trials of the six antidepressants approved between 1987 and 1999—including some trials the manufacturers had never published.

Even then, the data did not reflect everything the researchers would have liked to know. For two of the drugs, for example, there was no indication as to how much the average patient's symptoms improved during treatment. So the researcher signored those drugs and focused on the other four—fluoxetine (Prozac), paroxetine (Paxil), venlafaxine (Effexor), and nefazodone (formerly sold in the United States as Serzone). In all, they analyzed 35 trials, each of which involved a group of patients who took a placebo and at least one group who took one of those four antidepressants. Kirsch's team considered how sick each group of patients had been before treatment, how much they improved during treatment, and whether they'd gotten a real drug or an inert pill.

THE RESULTS Just as one would hope, taking an antidepressant typically improved a person's depressive symptoms, the trials showed. But so did taking a placebo. In fact, the overall difference between medication and placebo was so small that it was "clinically insignificant" for all but the most depressed patients, Kirsch says, a point that was consistent with his past findings. Moreover, antidepressant therapy improved symptoms by the same degree in both mildly and moderately illpatients. "There seems little evidence to support the prescription of antidepressant medication to any but the most severely depressed patients," says Kirsch, "unless alternative treatments have failed to provide benefit."

THE MEANING In the end, the researchers found that most patients who take antidepressants may glean little from them other than a placebo effect. However, the initial severity of a patient's depression did influence the placebo effect. Placebos seem to help very depressed patients less than they help those with moderate symptoms. As a result, says Kirsch, antidepressants proved substantially more effective than placebos in—and only in—trials involving the most down-and-out patients. Blair Johnson, a social psychologist at the University of Connecticut in Storrs and co-author, recommends that doctors look at all of the alternative therapies—including psychotherapy, exercise, light therapy, omega-3 fatty acid supplements, and various others—first for all but the most depressed patients.

SECOND OPINION Even if the drugs are effective, you would expect these results because the majority of depressed patients do not get better on the first antidepressant they are prescribed, say numerous critics including members of the pharmaceutical industry and physicians. Darrel Regier, the American Psychiatric Association's director of research, says this is probably why so many patients did not improve significantly. If the unresponsive patients had been tested on two or three antidepressants back-to-back, say critics of this analysis, then more improvement would have been seen.

Moreover, critics say a study like Kirsch's should focus on how many individual patients improve with treatment, not whether the average improvement is clinically significant. By averaging outcomes, the study dilutes some patients' large improvements with others' unchanged symptoms. "That's true," says Kirsch, but if some people improve more than the average, he says, some must improve less—or even be harmed. "Medications have side effects," he says. "One of the side effects [of antidepressants] is increased risk of suicide."

STATS BEHIND THE STUDY • Kirsch's team found that symptoms of SSRI-treated patients improved, on average, by 9.6 points on an index called the Hamilton Rating Scale for Depression. The average improvement of patients getting a placebo was over 80 percent as effective.

• More prescriptions are dispensed for antidepressants—232.7 million nationwide in 2007—than for drugs of any other type, according to the data firm, IMS Health.

• A 2006 trial aiming to treat depression with various drugs found that two out of three depressed patients ultimately received a drug that helped put their illness in remission. In that trial, 37 percent of patients went into remission on the first antidepressant they tried, 31 percent on a second drug, 14 percent on a third, and 13 percent on a fourth.

• An increase in SSRI sales by one pill per capita per year is associated with a 5 percent drop in suicides nation wide, according to 2007 working paper by the National Bureau of Economic Research.