An Upside to Narcissism? Trait Linked to Lower Levels of Stress and Depression

Some aspects of narcissism, like an inflated sense of confidence and a belief in our own self-worth, can be helpful in some situations, researchers argue. 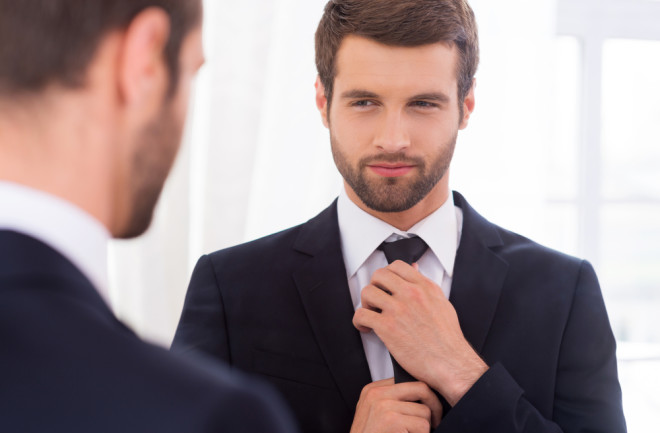 Narcissists display lower levels of stress and depression, an indication that the trait might sometimes be helpful. (Credit: G-Stock Studio/Shutterstock)

Kostas Papageorgiou wants you to embrace your inner narcissist. Fittingly, it’s for your own benefit: The Queen’s University Belfast psychology researcher’s latest study shows narcissism might be linked to lower stress levels and reduced risk of depression.

Still, he can do without the manipulation, lack of empathy, and disregard for the needs and wishes of others. Society censures these traits, and for good reason, Papageorgiou agrees. But based on his work, he’s convinced that, in certain contexts, people can harness other narcissistic qualities — like a grandiose estimation of their worth and competence — to live a better, happier life.

“We have them because we need them,” he says of narcissistic traits, “so we need to learn to use them without necessarily letting them use us.”

There are two fundamental types of narcissism. Vulnerable narcissists are often defensive and interpret the actions of others as hostile, whereas grandiose narcissists — the subject of Papageorgiou’s recent work — have an overblown sense of self-importance and an obsession with power and status. Only about 1 percent of people meet the criteria for a clinical diagnosis of “narcissistic personality disorder” in either category, but Papageorgiou argues we all have a bit of both, and his research focuses on this less severe “subclinical,” or “normal,” variety.

In three studies over the past couple of years, he and his colleagues asked hundreds of adults to complete questionnaires and found that grandiose narcissists tend to be more “mentally tough” — essentially, more confident. They have an unwavering faith in their ability to handle any challenge they encounter, which translated in his research to a decreased chance of depression and stress.

This kind of narcissism sounds a lot like self-esteem, the belief in our own abilities. But in some difficult situations, Papageorgiou argues, we need a little bit more than just self-esteem — adopting the belief that we're up to any challenge might be what we need to face our fears and succeed.

“Self-esteem comes from the idea that I know what I can do, I know what I cannot do,” he says. “Sometimes, when you are faced with a challenge, you just have to convince yourself that you are absolutely amazing and can do it.”

To illustrate, Papageorgiou points to one of the modern era’s most famous narcissists: Mike Tyson. The boxing superstar memorably said that although he often fears his opponents in the run-up to a match, “once I’m in the ring, I’m a god. No one can beat me.”

This kind of mindset is exactly what Papageorgiou believes people should foster in themselves, to be deployed in appropriate situations. He argues that despite narcissism’s common negative associations, it isn’t always socially toxic. Rather, he says, narcissism is a spectrum, and there is a point at which it enables a person to promote their own self-interest without harming others.

“You cannot talk about absolute negatives or positives,” Papageorgiou says. “What is important is that people have to be flexible.

In a way, he noted, narcissism is simply the inverse of depression. Both stem from an unrealistic view of oneself, one overly approving and the other overly judging. “If you are depressed, though,” Papageorgiou says, “no one’s going to call you a monster.” Because narcissistic tendencies are products of evolution, he suggests society shouldn’t unconditionally demonize them.

Ultimately, he hopes this research persuades people that narcissists aren’t inherently evil, and therefore that the rest of the world should be more inclusive of them. Of course, he added, we should also strive to cultivate the better aspects of narcissism and suppress the worse. “It is our responsibility to learn how to use them,” Papageorgiou says, “for ourselves and society as a whole.”

“We are not advocating that narcissism is a good thing,” he says. “We are not saying you should all be narcissists. We are saying we need to be more accepting of our biology, our nature.”