Your Nose May Have Drugs in It, the Antibiotic Kind 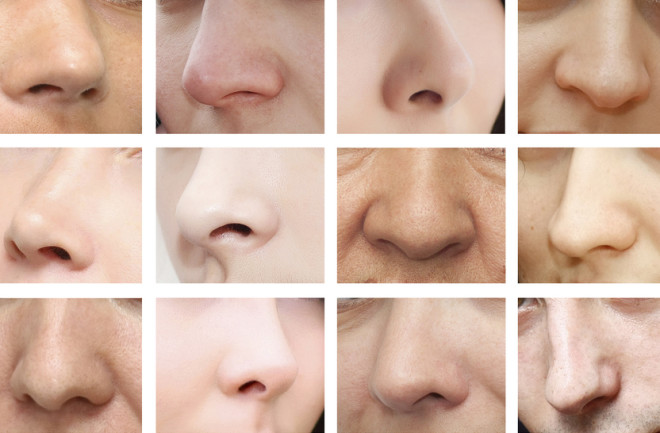 (Credit: Ivanova Natalia/Shutterstock) The human nose is a battleground for bacteria and some of them could prove to be our allies. Researchers have discovered a new antibiotic, produced by nose-dwelling bacteria, that kills antibiotic-resistant superbugs, including MRSA. The study, published in Nature, shows that the human microbiome — the microorganisms living on and within us — could be an important source for new antibiotics, desperately needed as infectious bacteria become resistant to our current antibiotic drugs. “It was totally unexpected to find a human associated bacterium to produce real antibiotics,” says Andreas Peschel, a lead scientist of the study and microbiologist at the University of Tübingen, Germany. “It’s not just a new molecule, it’s … a new mode of action that gives hope,” he says.

Peschel and colleagues swabbed 37 noses and found that some contained the bacterium Staphylococcus lugdunensis, which stops the growth of a slew of infectious bacteria, including Staphylococcus aureus, the pathogen responsible for MRSA infections. S. lugdunensis does this by producing an antibiotic, lugdunin—its evolutionary weapon against other bacteria competing to live in the human nose.

A MRSA bacteria grouping a 20,000X magnification. (Credit: Public Health Image Library) The researchers show that S. lugdunensis or lugdunin inhibits the growth of S. aureus in cell cultures, on the skin of mice and in the noses of cotton rats. They also show that people who naturally have S. lugdunensis in their noses are less likely to have S. aureus. Moreover, S. aureus did not develop resistance to lugdunin, as it has with other antibiotics, when exposed to sub-lethal amounts over time. Competing for the Nose NicheS. lugdunensis and S. aureus are naturally exposed to each other, “because these two meet each other in the nose” says Peschel. The nose “is an ecosystem of 50 different bacterial species with a strong individual difference from one person to another.” About 30 percent of people have S. aureus clandestinely inhabiting their noses, but the bacteria can spread as infections, especially in hospitals, among people with open wounds and immune deficiencies. The antibiotic resistant strains, MRSA, cause disfiguring skin boils, pneumonia and the deaths of over 11,000 Americans per year. This superbug will only get worse as MRSA is now resistant to methicillin, amoxicillin, penicillin and oxacillin — basically all the ‘cillins we got. But S. aureus is natural enemies with S. lugdunensis in the nose, and we can use this to our advantage. The nose is relatively resource-poor for bacteria, compared to other ecological niches of the human body such as the intestine or stomach. Bacteria trying to colonize the nose are in strong competition with each other for real estate and resources. S. lugdunensis likely evolved the ability to produce lugdunin because it kills off other nose-dwelling bacteria. “In the nose there is simply some salty fluids and not much bacteria can make a living on,” says Peschel.

A Source of Antibiotics Within Us

Antibiotic-resistant bacteria are rising and there are few new antibiotics in the development pipeline—the years of research and development before drugs are approved for human use. It is, “such a huge problem that we expect in 10 years more people to die from infectious diseases than from cancer” says Peschel. Most antibiotics have been found in soil-living bacteria, but it can be difficult or impossible to get them to work in conditions of the human body. Researchers are most excited by this study because it provides a clear path into a completely new territory in the search for novel antibiotics. “This is the way we should go with this kind of research,” says John Penders, a microbiologist at Maastricht University, Netherlands, who was not involved in the study. The researchers discovered lugdunin through a methodology that can be applied beyond the nose, throughout the human microbiome. They combined co-occurrence data—the pattern of low S. aureus in noses with S. lugdunensis—with experimental work showing that lugdunin kills infectious bacteria under a number of conditions. This approach can be used to search the microbiome for “similar weapons to eliminate pathogens,” says microbiologist Kim Lewis of Northeastern University, also not involved in the study. As for lugdunin itself, the researchers have applied for a patent in order to start negotiating with pharmaceutical companies to develop a drug. The antibiotic is “at the very beginning,” says Peschel. “Clinical development is a matter of many years and a matter of a lot of money.”