Yes, Naps Are Good for You — If You Do It Right

Snoozing during the day can have positive benefits for the body. But don't risk messing up your nighttime sleep for a little extra daytime shut-eye. 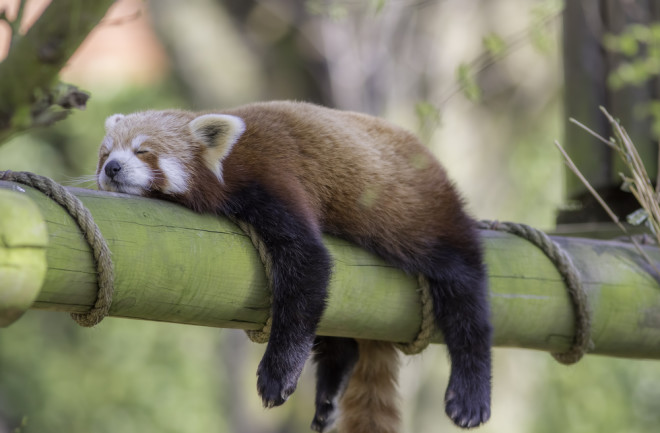 As the poet Shel Silverstein wrote, “I did not take a nap – the nap – took – me.”  It’s a relatable thought, especially if you’re someone who regularly finds yourself nodding off at your desk.

In fact, one in three American adults say they get some extra shut-eye during the day. The good news is, if you decide to take a mid-day snooze, napping can be good for you.

“We've now found that sleep serves a lot of great functions. It's not surprising. That's why we spend so much time doing it,” says Rebecca Spencer, a sleep researcher at the University of Massachusetts Amherst. “The long story short is there’s a lot of evidence that naps confer all of those same benefits.”

But not all naps are created equal. Being mindful about why and how you nap is key to reaping the benefits of daytime sleep while avoiding the risk of messing up your bedtime rest.

Sleep on the Brain

In a 2017 review paper, Spencer and her colleague Janna Mantua summarized the research showing the variety of benefits naps can provide.

Let’s begin with the obvious: naps make us less sleepy. Our biological need for sleep — known as homeostatic sleep drive — builds up the longer we stay awake.  And the sleepier we are, the more sluggish our mental functioning becomes.

Naps, even ones as short as 10 minutes, have been found to improve alertness and cognitive performance. Compared to staying awake, napping both improves memory consolidation and retention of what was learned before napping as well as enhancing our ability to learn after we wake up.  This cognitive boost can be found in almost every age group, Spencer says. “That nap benefit is definitely stable through young and middle adulthood, [though] it’s present but reduced in older adults.”

As any parent with a fussy child may know from experience, napping can improve the ability to process emotions as well. “We know in early childhood naps can help emotion processing.  Because that's the observation for little kids: if you keep them from napping, the parent will be like, ‘Oh my god, they're so grumpy. They haven't napped,’ ” Spencer says. Though it hasn’t been investigated in-depth, there is some evidence that napping affects emotional processing in adults as well. But those benefits depend on why you’re taking the nap and your age, among other factors.

For all the benefits a refreshing nap provides, many studies have also found that frequent napping is linked to a litany of poor health outcomes. Indeed, increased napping (and increased sleep more generally) correlates with increased risk for cardiovascular disease, type 2 diabetes, cognitive decline, osteoporosis and overall mortality.

These correlations do not, however, mean that napping is causing these morbidities, Spencer says. Instead, increased napping may be the result of already-present underlying health conditions or an unhealthy, sedentary lifestyle.

“Poor sleep health goes along with a lot of poor health factors, and that drives the mid-day sleep,” Spencer says. “So, then it looks like sleep is bad because you’ve got high napping in some unhealthy populations, when it might not be the cause.”

Studies have found that naps longer than one hour were associated with increased risks for type 2 diabetes and cardiovascular disease, but ones less than 30 minutes actually had reduced risk. It could be that people who took longer naps already had underlying health conditions that drove them to crave more sleep.

“I think there’s a myth out there that naps are bad, when naps themselves aren’t bad,” Spencer says. “It’s more on what it does do to your overnight sleep.”

Two biological processes govern when we sleep: our circadian rhythm and our sleep drive.  Napping reduces our drive to sleep, which can make it difficult to keep a healthy nighttime sleep schedule.

The key, then, is to nap appropriately.

There are a few ways to make sure your naps are restorative and not disruptive. For starters, catching up on sleep from the night before can be a good use for a nap, as it likely won’t ruin your sleep for the next night.

“If you have shortened overnight sleep because maybe you’re a shift worker or you’re a college student — you stayed up too late studying for an exam — there’s reasons you should have the sleep pressure today to nap,” Spencer says. “But [it won’t] hurt your sleep pressure tonight.”  Naps can also be taken in preparation for future sleep loss, such as cramming for an exam later that night.

If you take naps habitually, you can maintain a good rhythm of how much sleep you are getting during the day and night.  It is important to make sure you are not sleeping sporadically with varied hours each night because then “you’re basically living a jet-lag life, which is also associated with poor health outcomes,” Spencer says.

In addition, taking naps for emotional reasons — to avoid stress, out of boredom, or to avoid work or social situations — is associated with poorer overall health.

Though there is no universal sweet spot for the optimal nap duration, Spencer says about 70 minutes of snoozing can allow you to get some of the benefits of sleep while reducing the risk of grogginess upon waking. That feeling is known as sleep inertia, and it can interfere with cognitive performance.

Spencer advises being exposed to bright light when you wake up and moving around to help increase alertness quickly and dissipate the brain fog. And, in general, “you don’t want to give yourself too sleep-promoting an environment because you want to dissociate daytime sleep from nighttime sleep,” which helps us maintain a consistent circadian rhythm, she says. Keeping the curtains open or napping somewhere that is not completely silent can help minimize disruption to your regular bedtime.

So whether you take a nap — or let the nap take you — rest easy knowing that it can be a good thing.