"Years, Not Decades" to Growing New, Improved Tissue From Your Own Stem Cells 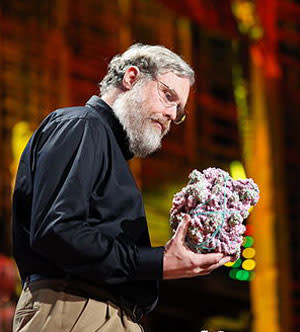 , the geneticist behind the Personal Genome Project

, is envisioning a package deal: get your genome sequenced, and he and his collaborators will develop a line of induced pluripotent stem cells

(IPS) from your tissue, so in the future, you'll be able upgrade your system with organs and tissues bearing both your genes and special extras like genes from centenarians. It's combining stem cells with gene therapy

. In an interview with Church

, David Ewing Duncan over at Technology Review asks him to elaborate. Why does he think this science fiction scenario is in our near future?

I don't think people have fully appreciated how quickly adult stem cells and sequencing and synthetic biology have progressed. They have progressed by orders of magnitude since we got [induced pluripotent stem cells]... Let's use stem cells in bone marrow as an example. They are easy to use and to get to work when you implant them in bone marrow. You might one day have three choices. You can have bone marrow [1] from someone else that is matched to you, or [2] that is from you, or [3] bone marrow that is matched to you and comes to you, but is better than you. This better bone marrow might be [engineered to be] resistant to one virus, or to all viruses. It could have a bunch of alleles that you picked out of super centenarians, alleles that you have reason to believe are at least harmless and possibly helpful...And you will be able to do that for almost every stem cell population. Some of them are a little bit harder to replace, though.

, he points out, and many crucial experiments have already been performed in rodents, so for human testing, "we're talking about years, not decades," he says. "It's shorter than the Human Genome Project

[which took 13 years], not less expensive, but definitely shorter." And how will this catch on? Here, Church shows that he understands the dynamics of translational medicine and the media very well:

The only way people are going to get this is through some brave soul. It will start with a sick person, and they will end up getting well, possibly more well than before they got sick. So you didn't just correct the sickness, you actually did more. And they'll give testimonials, and someone from the New York Times will interview them, and tell this appealing anecdote.

With that, they'll be off and running.

HealthNIH Director on Human Gene Editing: 'We Must Never Allow our Technology to Eclipse our Humanity'
Recommendations From Our Store