Would Minutes of Exercise Be a Better Metric Than Calorie Counts? 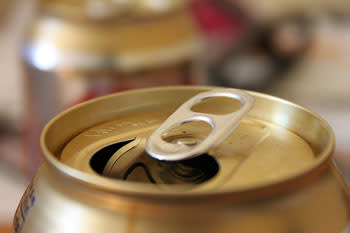 When we rip open a 100-calorie snack pack, few of us have an idea of how much energy that really is--or how much walking, biking, or schlepping groceries it will take to burn it off. But what if nutrition labels included descriptions of how much exercise you'd need to burn off that candy bar? One recent study

explored that possibility by testing the effects of signs describing in one of three different ways the energy contained in a sugary drink. Researchers found that a sign that said “Did you know that working off a bottle of soda or fruit juice takes about 50 minutes of running?” halved the number of drinks purchased from a drink cooler by African American teenagers, while signs that mentioned calorie count or percentage of total recommended calorie intake did not have a significant effect. Though the study was pretty small, and thus should be verified with larger studies, the effect seems plausible, given that exercise is a much more concrete measure of energy value than calories. Some health campaigns have in fact already taken up this tactic: if you're a New Yorker, you may have noticed subway ads using exactly this strategy

, linking the calories in a 20-oz soda with the three-mile walk between Yankee Stadium and Central Park. Of course, the strategy's not without its flaws. There's a lot of variation in how many calories a given activity actually burns, depending on age, weight, metabolism, and various other factors that we haven't figured out ways to measure yet, so the label would just be giving a ballpark estimate. And you'd want to see how different populations of people would react to such a label; you wouldn't want it to exacerbate overexercising and eating disorders in teenage girls, for instance. But given how calorie-crammed most processed foods are these days, it might not be such a bad idea to get a reality check every now and then. When you consider how much time you spend sitting down each day, and consider a candy bar that would take two hours' jog to burn o, you might start thinking more clearly about how much, and what, you actually need to eat. [via Scientific American