Worst Study of the Week: Are 27 Percent of College Students "Tanorexic"? 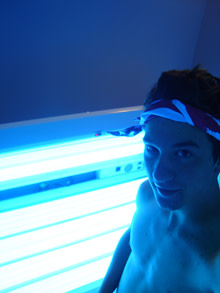 Maybe you like to lay out in the sun. Maybe you like to do it frequently. But can you really not stop going? Earlier studies have suggested that tanning could be a kind of addictive behavior, and now new research says that more than one-fourth of college students surveyed at one university were "tanning dependent." The team of researchers say there is "some evidence" that tanning dependence, or "tanorexia," has a biological basis, like the release of endorphins known as a "runner's high." So they had 400 students and volunteers from Virginia Commonwealth University answer a survey about their tanning habits. Forty percent said they'd used tanning booths, and the researchers classified 27 percent as "tanning dependent," with tanning beneath the real sun actually more related to "dependency." This conclusion seems a little suspect. First, the questionnaire the researchers used was adapted from one used to survey people for symptoms of substance abuse and dependence. While that at first seems like a clever way to do a study, we have to wonder: Isn't it a self-fulfilling prophecy to ask questions that presuppose tanning to be an addiction, and then declare that tanning is a widespread addiction? Second, some of the questions focused on whether tanners spent more time in the sun in order to maintain a tan once they have it. This is probably not a healthy practice, but it's standard operating procedure for those who want to stay consistently bronzed. And while tanning frequently in a bed or under the sun might be a waste of time and money, depending upon whom you ask, it appears presumptive at this point to apply the "addiction" label. Third, even if that figure were accurate for Virginia Commonwealth, sampling a single university—especially one not far from Virginia's beautiful beaches—wouldn't necessarily be representative of the country. Yes, tanning in the excess is unhealthy, and young people who do it can be at higher risk for skin cancer, the most common cancer in the U.S. But do one in fourcollege students really have a tanning dependency? This sound more like a scare tactic than good science. Image: flickr/morgantepsic