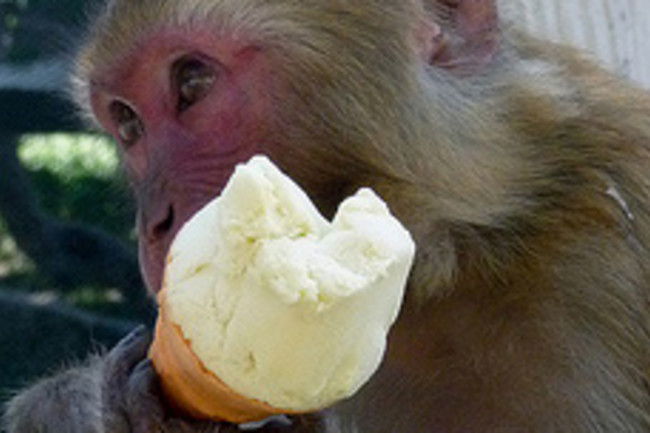 An experimental drug causes obese monkeys to lose weight and improves their metabolic function by depriving their fat of its blood supply, researchers reported yesterday in Science Translational Medicine, offering hope that such drugs could help battle obesity in people, as well. The drug borrows a technique used in some cancer treatments: essentially, starving a tumor by attacking the blood vessels that feed it. In this case, the drug---called adipotide---goes after the blood vessels in fatty tissue instead, causing fat deposits to shrink. When scientists gave 10 obese monkeys adipotide for four weeks each, the monkeys shed between 7% and 15% of their body weight and, on average, more than 38% of their body fat. Not only that, the monkeys showed better metabolic function, suggesting they were at lower risk for type 2 diabetes, cardiovascular disease, and other obesity-related conditions than they had been. It's not clear yet how safe the drug is---it hasn't been tested in the long term, and it caused minor side effects in some of the monkeys---or whether it will work as well in people as it does in monkeys. But the first human trial could start as early as next year; the researchers plan to give obese patients with advanced prostate cancer, who fare significantly worse than thinner patients, a four-week course of the drug to test whether it will help them lose weight.