Researchers uncover which aspects of a plant-based diet contribute to reducing this health condition. 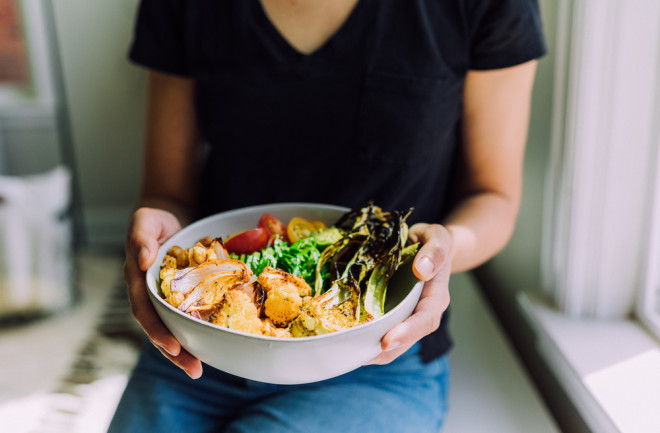 It’s well-known that a plant-based diet can effectively prevent, treat and reverse Type 2 diabetes. But until recently, studies have failed to ascertain exactly which aspects of this diet contribute to reducing the risk of this health condition.

A peer-reviewed study, published in the journal of the European Association for the Study of Diabetes, offers much-needed clarity for anyone looking to reduce their chances of getting Type 2 diabetes.

It highlights that plant-based diets – especially healthy ones, rich in high-quality foods such as whole grains, fruits and vegetables – are associated with a lower risk of getting the health condition.

Do All Plant-Based Diets Reduce the Risk?

This condition affects people from all walks of life from traditional nine-to-five office workers to Oscar winner Tom Hanks, and former U.K. Prime Minister Theresa May. And at least one in 10 of these people, including celebrity Halle Berry, isn’t even overweight at the time of initial diagnosis.

According to the study, people diagnosed with Type 2 diabetes had a lower intake of healthy plant-based foods when compared to participants who remained diabetes-free. Individuals with the condition were also less likely to follow an overall plant-based diet.

“While it’s difficult to tease out the contributions of individual foods because they were analyzed together as a pattern, individual metabolites from consumption of polyphenol-rich plant foods like fruits, vegetables, coffee and legumes are all closely linked to healthy plant-based diet and lower risk of diabetes,” explains Frank Hu, a professor of medicine at Harvard Medical School and Channing Division of Network Medicine.

A proof-of-concept study published in BMC Medicine in April 2022, found a healthy diet-associated metabolic signature. It was inversely associated with future risk for Type 2 diabetes and coronary artery disease in two different cohorts.

The Science Behind the Diet

In the study, researchers analyzed the blood plasma samples of 10,684 participants – taken from three cohorts in the late 1980s and early 1990s – alongside participants’ self-reported diets. They also noted whether the individual developed Type 2 diabetes.

Living organisms use and produce metabolites when they’re carrying out the chemical processes needed for survival. They’re the compounds in food, as well as the molecules created when our bodies break down and transform these compounds.

The sooner experts can diagnose Type 2 diabetes, the better. Currently, medics refer to an early intervention as one that occurs as soon as they detect abnormalities in glucose homeostasis. Prompt detection minimizes the burden of the disease, a 2013 study published in the American Journal of Medicine shows. It holds the potential to reduce health complications and treatment costs.

For now, this peer-reviewed study serves as a much-needed reminder to eat a diet with generous helpings of polyphenol-rich plants. Your morning ritual cup of tea, coffee or cacao comes with a healthy dose of valuable nutrients. And those humble lentils and chickpeas make a nutritious and affordable way to bulk out a meal, while minimizing your risk of Type 2 diabetes.