As long as we keep up the intensity, both pro athletes and the general population can occasionally benefit from fewer workout sessions. 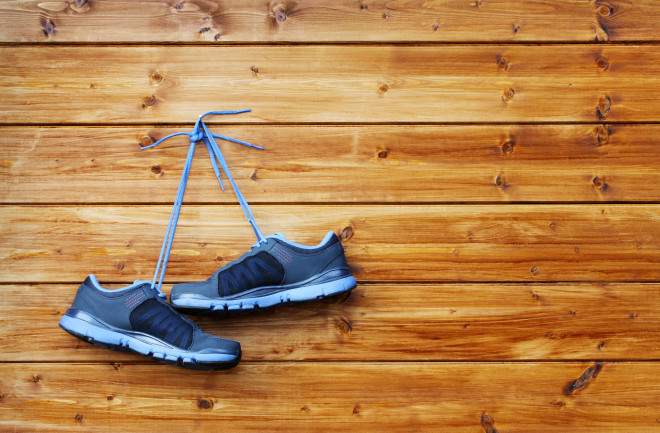 For most of us, it’s easy to abandon our exercise routine for a few days — which can quickly turn into weeks, or even months. But while it may seem contradictory, some professional athletes purposefully cut down their training sessions and reap major benefits from it. They’ll also commonly take a few weeks off at the end of a competitive season to recuperate, per their coaches’ advice. Even ancient Olympians knew the importance of recovery time.

Yet the ideal balance between intense training, lighter sessions and total time off can be difficult to pin down, despite decades of research on the topic. Here’s what scientists know so far:

Familiar to most Olympians and die-hard Ironman competitors, tapering is a strategy designed to achieve an optimal competitive edge. In the last few days or weeks before an event, athletes “taper” workouts by intentionally decreasing their training load.

Coaches can arrange tapers in a few ways, like reducing the number of weekly sessions for their athletes and modifying the sets within them. For example, a swimmer may prepare for the final two weeks before the big race by halving the number of training sessions and cutting down the meters traveled per workout. Still, they’re expected to work just as hard during these sessions as any other day in the pool.

While it may seem risky to scale down exercise regiments and jeopardize the body’s exercise-induced adaptations, it’s still ideal to include rest time while training vigorously, says Iñigo Mujika, a sports physiologist at the University of the Basque Country who has coached Olympians and top triathletes. “Some people say, ‘What if you taper too much and it induces a loss of adaptations?’” Mujika says. “My rationale is that it’s very unusual that someone has an [impaired] performance because they have trained too little. It’s more likely that they haven’t rested enough than rested too much.”

Tapering Benefits the Rest of Us, Too

For those of us not readying ourselves for a marathon, Mujika has found that a “minimal dose” of exercise may help the general population stay in shape with fewer sweat sessions. A recent analysis by Mujika and his colleagues showed that, after periods of frequent exercise, it’s actually beneficial to strategically slash your number of weekly sessions if you want to maintain cardio endurance and muscular strength.

For example, if you consistently work out five or six times a week, you might want to consider cutting back to around three sessions (a minimum of two dedicated to cardio and one for strength training) every so often before boosting your workouts back up. While these experimental findings shouldn’t strictly define your routine, they do suggest that this cyclical approach can help us stay fit with extra time for productivity — or, more realistically, TV binges.

But people do begin to lose the helpful modifications in their lungs, heart, tendons, bones and muscles after detraining, or completely halting exercise (unlike the cut-downs performed in tapering). Research has shown that ditching the gym for as little as two to four weeks can still diminish strength and endurance, depending on factors like individual training history.

Fortunately, experiments have revealed that our training adaptations can quickly return when we resume our routines. We may even be able to lift heavier after a period of detraining, says Adam P. Sharples, a professor in the molecular biology of exercise at the Norwegian School of Sport Sciences.

This muscle memory is a coordinated effort between our brain-driven motor memory and the solid foundation of muscle tissues that get preserved during detraining. After mastering a deep squat, for example, the brain, central nervous system and neural networks controlling the movement in the muscles more easily recognize and commit to this skill. However, scientists have disagreed over the specific muscle-deep mechanisms that produce this phenomenon.

Until recently, researchers had pinpointed the muscle cell nuclei, or command posts, that multiply during training as the cause behind lingering muscle memory. These regulators were thought to stick around even as people stepped away from exercise, allowing for rapid regrowth. But newer evidence has cast doubt on this theory as the principle explanation.

Now, epigenetics, or changes driven by our behavior and environment that turn certain genes “on” and “off,” may be the main culprit. During training, your muscle retains a “signature,” or epigenetic modification, on its DNA, according to Sharples’ research. Pumped-up muscles will then strip this signature from certain genes, alerting cells of its absence and actually activate these genes to a greater extent in the future. This transformed signature remains during detraining, and may actually help retrained muscle regrow faster.

It’s difficult to find conclusive evidence of muscle memory and the definite mechanisms behind it, because researchers need to gather subjects to train, detrain and then retrain, says Kevin Murach, a muscle biologist at the University of Kentucky who has recently studied the effects of training and detraining in mice. Still, he says, current evidence does suggest that gains can return after inactivity — we just can’t say for sure why it happens. It may, after all, be a combination of several factors.

Scientists are also working to manipulate the genes associated with muscle memory to develop therapies for elderly people that would combat the muscle atrophy common later in life. But it won’t be easy. “Capturing all aspects of exercise in a pill is going to be impossible,” Murach says. “But if there is some way we could leverage the information that we gain to get a slight advantage, it could be good for quality of life.”

More From Discover
Health
Walking vs. Running Benefits: Should You Walk or Run for Exercise?
Mind
Gut Bacteria's Role in Anxiety and Depression: It’s Not Just In Your Head
The Sciences
This 2,300-Year-Old Mummy Has a Heart (and Tongue) of Gold
Mind
Can Playing Video Games Make You Smarter?
Health
Is Vitamin C Actually an Effective Cold Remedy?
Health
Why Walking Might Be One of the Best Exercises For Health
Recommendations From Our Store
My Science ShopDiscover STEM Kits
My Science ShopDiscover 2022 Calendar
My Science ShopStrange Science
My Science ShopElements Flashcards
Shop Now
Stay Curious
Join
Our List