Why Has the Male Reproductive System Evaded Birth Control?

Developing birth control that targets the testes has posed unique challenges in the past. But several innovative methods in the works aim to bring new male-focused contraceptives to the marketplace. 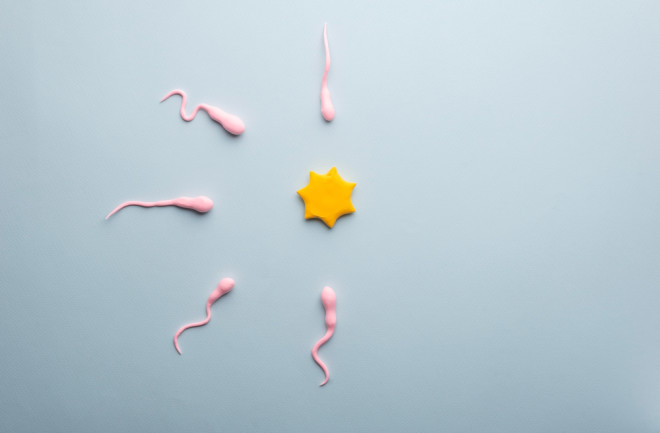 At first glance, COSO looks like a hot tub for mice that was manufactured and designed by Apple. The sleek hand-sized tub comes in matte black and white, accented by a strip of blue light around its rim, and has an outlet for a modern charging cable. The elegant gadget is the latest evolution of birth control designed for anyone with testes. This latest device bombards a pair of testes with ultrasound frequencies that will (hopefully) render sperm immotile.

COSO, which was designed by German graduate student Rebecca Weiss, made it to the international top 20 at the 2021 James Dyson Award. “When my partner and I were looking for an alternative method, we became aware of the lack of male contraceptives,” Weiss wrote in her application.

While hormonal birth control has been zeroing in on ovaries since 1960, options targeting the male reproductive system have remained virtually unchanged since that time. “It’s basically condoms, vasectomies and withdrawal — if you consider that a method,” says John Amory, a birth control researcher and men's health specialist. “Female contraceptives are great but there are a lot of women who can’t take them or tolerate them for various reasons. That leaves couples with limited options.”

A recent investigation by Komo News revealed that the federal government has funded only 30 studies on birth control designed for males since 2005, compared to more than 500 studies on erectile dysfunction during the same period. Male birth control advocates argue that its development is an important step towards gender equality and may lower the rate of unexpected pregnancy, which has hovered around 40-50 percent globally for years.

A small cohort of scientists have proposed various methods that have yet to reach drugstore shelves. In addition to lack of funding, research for such male-focused products is often stymied by the complexity of the task at hand. For starters, sperm are exceptionally abundant and persistent.

“Men make 1,000 sperm a second from the time they’re 13 until the day they die,” Amory says. “There’s this whole problem of interfering with the production of one egg per month versus 1,000 sperm every second.”

Notably, hormonal birth control methods that are marketed to women were developed by mimicking pregnancy — a phase in a woman’s life during which she is naturally infertile. The male reproductive system, on the other hand, lacks an analogous natural period of infertility. Efforts such as COSO’s contraceptive attempt to circumvent hormones and find another way to stymy or eliminate eager sperm.

Though the aesthetic German ball bath has created buzz in the design world, the project will need to find funding for clinical trials if it is to reach consumers. Its ultrasound technology is based on a sparse, although promising, body of research that dates back to 1977. In one 2017 paper in Medical Hypotheses, the authors described the prospects for ultrasound as such: “It is plausible that this technology will represent a major breakthrough to combat world population growth. It is also plausible that, to paraphrase Thomas Huxley, this beautiful hypothesis will be slain by ugly facts.”

COSO is not the only solution. A determined, if fragmented, group of scientists is working on other creative ways to stop sperm in its tracks.

“There’s a small, hardy group of researchers who all want to see this come to fruition and all have their own ideas about how to do it,” Amory says.

Hormonal manipulation is the most common form of female birth control, and it may be the solution for men, too. These methods target the largest erogenous zone of all: the brain.

Drugs like Dimethandrolone undecanoate (DMAU) stop the pituitary gland from releasing the chemical precursors that are necessary to produce sperm in the testes. Though the drugs come with a litany of side effects, including headaches, acne and weight gain, they are markedly similar to the side effects experienced by women on hormonal birth control.

One challenge may come as a surprise. Because hormonal male birth control boosts testosterone levels, most professional athletes would be banned from using it under current doping regulations. “Androgens help you do well in sports. We’re giving the men more testosterone than they normally make so they gain muscle mass,” Amory says.

In 2016, a long-term study investigating a hormonal birth control injection designed for men was terminated early on the recommendation of an external safety review by the World Health Organization. The review was initiated after the suicide of one of the test subjects, and the authors of the study later cited complications including “injection site pain, increased libido, and mood disorders.”

While the 2016 incident may have dampened the enthusiasm around hormonal methods, many researchers are still hopeful. Amory and his colleagues have developed a gel that can be rubbed into the upper arms as an alternative to more invasive methods of delivery. A preliminary study delivered promising results and clinical trials are underway.

In 2011, a group of researchers at the University of North Carolina at Chapel Hill identified a human gene that contained the genetic code for a protein that is essential for sperm motility. The gene’s technical name, epididymal protease inhibitor, is usually shortened to the friendlier EPPIN. For the past decade, the researchers have used various tactics to immunize animal subjects against the protein. Their latest iteration was highly successful at reducing sperm motility in male macaques.

While EPPIN immunization hasn’t been tested on human subjects as of yet, the animal research suggests that it may avoid many of the pitfalls of other proposed male contraceptives. Because it does not affect testosterone levels, many of the unwanted side effects of hormonal birth control might be avoided. At least in macaques, the procedure also seems to be completely reversible.

The vas deferens are a pair of hardy tubes that pump sperm from the testes into the urethra. Since the 1970s, contraceptive researchers have concocted methods for damming the flow of these essential reproductive organs.

The latest iteration of this method is Vasalgel, a trademarked product that is in development at Revolution Contraceptives. The product, a polymer gel, is injected into the deferens. Though the technique blocks the passage of sperm effectively, the reversibility of the procedure is still in question.

“The concern is that if you put this chemical in there it might damage the vas and scar it. Then you have yourself a vasectomy,” Amory says.

Still, if the researchers are able to find a way to conduct the procedure without scarring the patient, Vasalgel may provide a straightforward non-hormonal method for birth control.

In 1961, just a year after the so-called pill was released for mass consumption, a group of researchers stumbled across a novel synthetic chemical that they hoped would provide a counterpart to female-focused birth control. The chemical, dubbed WIN 18446 by Toronto Research Chemicals, significantly reduced sperm production in the nearly 100 male test subjects that it was tested on.

Unfortunately, ingesting WIN 18446 came with an unexpected side effect. A portion of the men in the study began to experience heart palpitations, intense sweating and vomiting. It was soon realized that the drug caused a violent reaction when combined with alcohol, something that few American men would be willing to give up.

Though WIN 18446 mostly fell into obscurity over the following decades, a group of researchers took a second look in 2011. They discovered that the chemical functioned by inhibiting the biosynthesis of retinoic acid, also known as vitamin A. Future investigation may reveal a drug that can provide the same function without causing an acute allergy to booze.

Though male-focused birth control research is hampered by significant obstacles, a substantial body of emerging research shows promise for these new methods in the near future. And for many people – especially women who have borne the brunt of birth control responsibility and side effects – that day is long overdue.