Researchers have figured out how to use a gene-editing tool called CRISPR 2.0 to prevent and treat deafness. But many deaf people are happy the way they are. 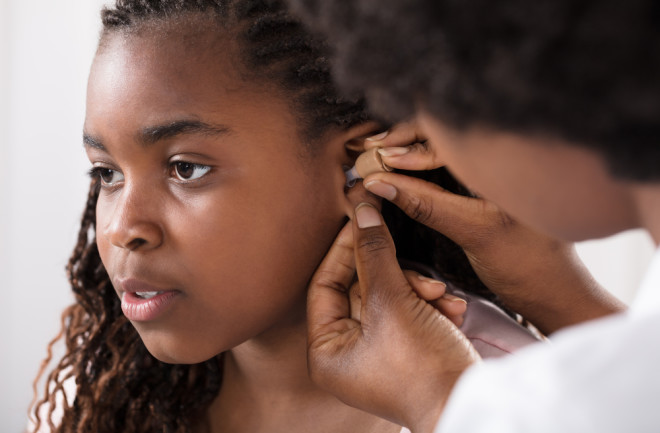 As someone who was born deaf, I’m concerned about the latest application of a gene-editing tool called CRISPR 2.0. And I'm not alone. In June, researchers at Boston Children's Hospital, Harvard and MIT announced that, using mice, they figured out how to use the technology to temporarily “correct” a mutation in the TMC1 gene, which can cause deafness in babies. The work is a monumental step toward reversing hereditary deafness in people with a single injection. It could drastically change the fact that two to three out of every 1,000 U.S. children are born deaf or hard of hearing, according to research completed in 2007.

CRISPR 2.0 is a more precise version of the gene-editing tool CRISPR-Cas9, which works like a pair of molecular scissors. Scientists use it to cut strands of DNA. These scissors are built from the defense mechanisms of bacteria, which chop up and destroy the DNA of viruses to prevent their invasion. And in this recent study, they were able to use the smaller scissors of CRISPR 2.0 created in 2017 — think tweezers — to carefully edit out the single mutation that causes Baringo mice to go profoundly deaf at 4 weeks of age. The results, in which one-day-old mice temporarily gained up to 50 percent more hearing, show that scientists could potentially use the same tool to biologically give hearing to people who have never had it.

Most people view deafness and other disabilities using the medical model, through which any deviation from the norm is considered a problem to be rooted out. But we deaf people see ourselves through the social model, in which societal barriers are the source of disability. We consider ourselves to be part of a vibrant cultural and linguistic minority group with American Sign Language, Cued American English (via Cued Speech) and other forms of visual communication at its center.

This new CRISPR 2.0 study, evidently conducted using the medical-model view of deafness, exemplifies a broader problem in scientific research. Study after study links deafness to a host of mental and economic issues, including depression, anxiety, dementia, higher healthcare costs and more frequent ER visits and hospitalizations. But correlation is not causation. As the deaf writer Sara Nović explains for Healthline, these studies don’t take into account the systemic social issues at their root.

Understanding this distinction would help scientists support, rather than harm, people with disabilities when pursuing potential CRISPR applications. Teresa Blankmeyer Burke, a deaf professor of philosophy and bioethicist at Gallaudet University, the only liberal arts college for deaf and hard of hearing students, said that they could even play an important part in addressing these social issues.

“Hearing non-signers and signing deaf people have very different conceptions of what this harm is — contrary to most hearing non-signer's assumptions, the harm of a society that is inaccessible, audist and discriminatory has a far greater impact on deaf peoples' lives than auditory capacity,” she said. (Audism is the belief that people with the ability to hear or to emulate those who can hear are superior.) “Social change is much harder, and yet, must be part of a comprehensive policy response to addressing the diversity of the world.”

There are some studies outside of CRISPR research that are starting to address the benefits associated with being deaf. These show that those fluent in American Sign Language can more accurately recognize faces, have faster peripheral vision reaction times and directional movement discrimination than those who are not. One study has shown that protein from a mutated gene that causes hereditary deafness, Cx26, protects people from infection by encouraging wound healing. And deaf people who are bilingual in ASL and English may also be protected against Alzheimer's.

These studies are framed by the concept of “deaf gain,” coined by H-Dirksen Bauman, who is hearing, and Joseph Murray, who is deaf. The two professors teach American Sign Language and deaf studies at Gallaudet University. Through the deaf gain perspective, deafness is a biological difference rather than a deficit. The concept has spawned contributions from experts in neuroscience, linguistics, history, public policy and more, many of which are collected in the book Bauman and Murray co-authored and edited, Deaf Gain: Raising the Stakes for Human Diversity.

Reframing deafness as a gain for society could help CRISPR researchers better understand how differences contribute to “biocultural diversity,” Bauman told me. This refers to the diversity of not just plants and animals, but also human languages and cultures, and how these are all interconnected.

“This would serve as leverage for a larger paradigm shift of what constitutes health and well-being,” he said. He added that if CRISPR researchers succeed in reducing the number of deaf people in the world, they might find that reducing “cognitive, cultural and creative diversity” causes harm to society at large. Studies already show that reduced biocultural diversity is associated with less resilient socio-ecological systems.

The science itself also needs more input from the deaf community, according to Rachel Kolb, a junior fellow in the Harvard Society of Fellows who has been deaf since birth. “It's important for communities of people to have a voice about scientific research that affects them,” Kolb told me. “I'd love for more scientific researchers to sit down with different types of deaf people and understand the richness and complexity of their experience before and even while doing this type of work.”

Since applications of CRISPR in humans aren’t without risks, I hope that researchers will take a more nuanced approach in future studies that is informed by this growing body of research.