Where Does the Fecal Transplant Industry Get its Poop? 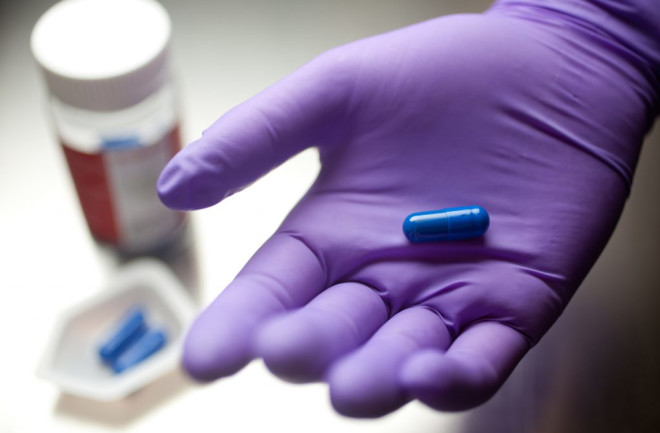 Mark Smith dares you to come up with a fecal joke he hasn’t heard. It’s not your typical industry parlance, but when you’re in the business of transplanting the stuff, it helps to have a sense of humor about it. “I think we’ve gone through just about every poop pun under the sun,” says Smith, who makes a living reallocating the contents of people’s bowels.

He’s the co-founder and CEO of Massachusetts-based Finch Therapeutics, one of a host of companies developing, erm, unexpected cures for patients with ailing microbiomes. Our guts are home to billions of bacteria, many of which are actually essential to our internal workings. They’re key players in digestion and the immune system, among other bodily functions. Imbalances in the microbiome have been implicated in conditions ranging from irritable bowel syndrome to Type 2 diabetes, cardiovascular disease and depression.

To reset the microbiome, the best medicine comes from the last place you’d expect: a fecal transplant, in which a healthy person’s stool is transferred to the patient’s gut. In response to that discovery, the world of medical research responded by proving that you can, in fact, polish a turd.

Finch Therapeutics and its peers have taken these transplants a long way from the fourth-century days of “yellow soup,” a fecal concoction used to treat diarrhea in ancient China. Over the past few years, a one-of-a-kind industry has sprouted around the procedure — which has the potential to save tens of thousands of lives each year — and set to work devising safer and more agreeable treatment methods, like pills and colonoscopies. They’re also building the infrastructure of something like a blood donation system for poop.

To recruit participants, OpenBiome, a nonprofit stool bank that supplies most of the material for transplants across the country, has crafted a slogan to stir altruistic zeal in potential donors: “Make Your Morning Routine Heroic.” They’ve found there’s no shortage of willing help, which makes sense considering how easy it is to help restore a fellow human’s health while earning $40 per donation. To think that all these years we’ve been flushing a miracle drug down the toilet.

The problem is not quantity, but quality. Donors at OpenBiome and other companies must pass intensive screenings — for allergies, medical and travel history, infectious diseases and much more — to guarantee the purity of their stool. “We get to know our donors very well,”  Majdi Osman, clinical program director at OpenBiome, says with a laugh. “It’s necessary to know that the material we’re providing to clinicians is safe.” In the end, just 2 or 3 percent of potential donors are granted the privilege of passing along their poop.

A treatment is prepared at OpenBiome’s lab. (Credit: Erik Jacobs)

The lucky few — in OpenBiome’s case, about 50 people from the Boston area at any given time — then show up at the facility, deposit the goods into a small plastic bucket, and turn it over to the professionals. The companies process it to remove all unnecessary ingredients because, as Smith puts it, “there’s a lot of other stuff in poop.” All they want is the bacteria, which they then store in a liquid solution in a bank of massive freezers, and eventually recast in one of several forms.

The most common method of delivery for fecal transplants these days is a colonoscopy, though stomach tubes are also used. In search of another, more pleasant option, some companies are developing capsules to be taken in a single dose of anywhere from 10 to dozens at a time.

The Food and Drug Administration has yet to give any of these products a green light. It has, however, suspended its rules while drug companies work through the clinical studies required for FDA approval, allowing patients access to fecal transplants in the interim. But with the successful treatments so easy to obtain through stool banks like OpenBiome, many companies have struggled to enroll people in their trials. “It’s almost so successful that it’s made it hard to progress,” Smith said.

Nevertheless, some companies could be approaching the finish line. Finch Therapeutics has a pill nearing FDA approval. Rebiotix, a Minnesota-based drug company, is entering the final phase of clinical trials for an enema treatment based on similar principles. And even before the first generation of drugs hits the market, some companies are looking to the second.

Scientists have analyzed the composition of the human microbiome, similar to the sequencing of the human genome. Now, armed with a tiny ecosystem’s worth of data, companies have their sights on more sophisticated approaches to stabilizing gut flora. As the industry scales up, and as more studies link a healthy gut to a healthy body, they hope to use machine learning and computational strategies to pin down “smoking gun” bacteria most effective at treating specific ailments.

“What you’re seeing is really only the tip of the iceberg,” said Courtney Jones, a marketing manager at Rebiotix. “There’s a lot of potential in the microbiome, and we’re just starting to understand how it’s connected to our day-to-day health. The door is wide open.”