When Summertime Is a SAD Time

While the rest of us enjoy cookouts and beach vacations, some people are managing the summer version of Seasonal Affective Disorder. 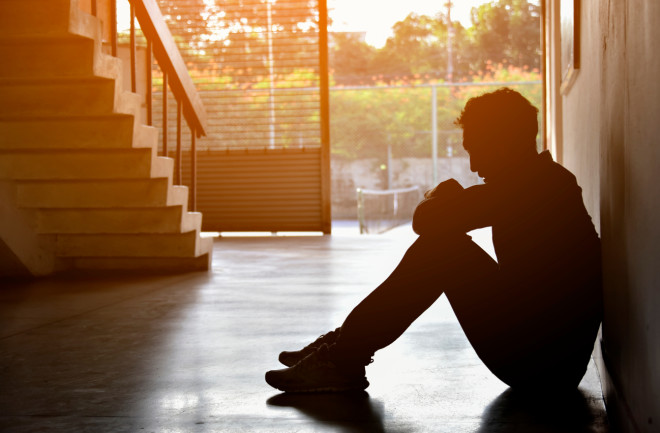 In 1984, while a researcher at the National Institutes of Health, Norman Rosenthal first identified Seasonal Affective Disorder (SAD) and pioneered light therapy to treat the condition. People with SAD, sometimes called winter depression, begin to feel down in the fall or early winter as the days grow shorter, then make a full recovery come spring. For some, the disorder can be a relatively minor episode of “winter blues.” For many, though, it is a recurring bout of clinical depression that demands immediate medical care.

But SAD isn’t just a winter visitor. Some people experience what is called summer SAD, summer depression, or reverse SAD. It’s less common — only about one-tenth as common as its cold-weather counterpart — and less well known. However, it can be just as dangerous.

When Rosenthal and his research team first identified summer SAD in the late 1980s, they found that the illness possessed its own unique characteristics. While winter SAD tends to last for five months or so, summer SAD, on average, may last only two months. Additionally, it may start in spring or mid-summer and abate at the first hint of fall — sometimes sooner. “It’s harder to pin down,” Rosenthal says.

Symptoms vary, too. According to the American Psychiatric Association, in addition to a depressed mood, people with winter SAD tend to sleep too much, crave carbohydrates and eat more in general. Summer SAD paints more of a mixed picture. In addition to depressive symptoms, people with this disorder can also experience insomnia, irritability, and racing and scattered thoughts — what Rosenthal describes as “being slowed down and sped up at the same time.”

Some of these symptoms are features of bipolar disorder and, indeed, people with summer SAD are more likely to be bipolar. The mixed states of irritability, activation and depression are also more likely to lead to suicide, says Rosenthal, making summer SAD even more dangerous than its wintertime twin.

Winter SAD, according to the APA, may be a result of biochemical changes in the brain that occur when there is less available sunlight. A similar shift in the body’s circadian rhythms, or biological clock, could be behind summer SAD as well, thanks to increased daylight or temperatures that interfere with sleep cycles.

And summer comes with its own challenges that contribute to the problem. Josh Klapow, a clinical psychologist at the University of Alabama at Birmingham School of Public Health, points out that our habits tend to change during the summer months. In addition to staying up later, we may travel more (when not navigating a pandemic) and over-schedule — especially if the kids are home from school. Basically, we get out of our routines.

On top of that, he says, the onset of summer can trigger nostalgia and a longing for what summers used to be like. For some people it is this feeling of time passing that triggers depression, but any one of these things can make people more vulnerable to the disorder.

Klapow stresses that what is important is not what causes SAD, but what SAD can cause. Clinical depression is a serious, often deadly, illness. “The trigger could be the time of year,” Klapow says, “but for the management of it, we need to think about it like depression.”

If the symptoms are mild, there’s a lot you can do on your own: stay well-hydrated, keep to a regular sleep schedule and exercise. “Something as simple as walking three or four times a week for at least 20 to 30 minutes increases your endorphins and helps mood tremendously,” says Jill RachBeisel, chair of the Department of Psychiatry at the University of Maryland School of Medicine. She also recommends avoiding alcohol, which is a central nervous system depressant, and cannabis, which can affect mood as well.

But if that doesn’t banish the blues, then it’s time to seek professional help. “There are some very effective medications with low side-effect profiles that are easy to take,” RachBeisel says. “These can be very helpful and get people back to feeling better and functioning better much quicker.” Whether it’s triggered by oncoming winter or the onset of summer, seasonal depression is still depression.