When Immigrants Come to the U.S., Their Gut Bacteria Americanizes 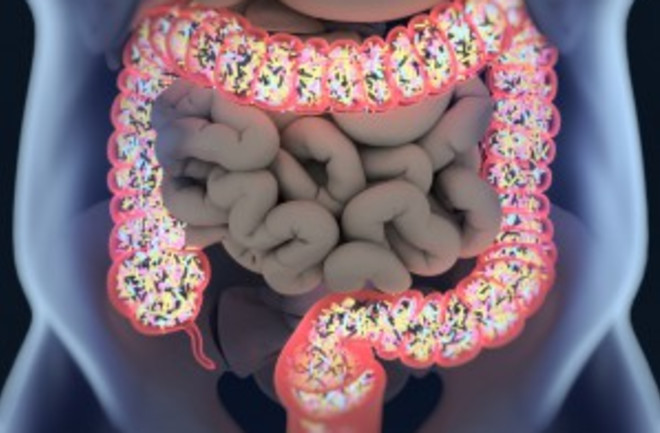 The gut microbiome may be an important window to our health and understanding the obesity epidemic. (Credit: Anatomy Insider/Shutterstock)

Immigrating to another country changes everything — including your gut bacteria.

When immigrants and refugees move to the United States, their gut microbiome rapidly Westernizes and becomes less diverse, according to a new study that analyzed the effects of migration on Hmong and Karen immigrant communities in Minnesota. Their findings were published in Cell this week.

Previous studies have found that people in developing countries have more diverse microbiomes, while people living in modernized countries like the United States have lower microbiome diversity. This study is the first to show to show what happens to our guts when we move from one to the other, though.

“We don’t know for sure whether lower microbiome diversity itself is bad for you or whether it is just an indication that something else is going wrong,” said study authors Dan Knights, a computational microbiologist, and Pajau Vangay, a research specialist in Biomedical Informatics and Computational Biology, both at the University of Minnesota. “However, it is clear in our study that when people lose certain species of microbes, they also lose the ability to produce the enzymes that those microbes carry, and that is probably affecting the types of foods they can digest.”

The gut microbiome encompasses the community of bacteria, archaea, viruses, and parasites living in our guts. Bacteria comprise most of the gut microbiome, the researchers said. In recent years, it’s become clear that our microbiome responds to things like diet and lifestyle, and that an unhealthy microbiome may play a role in metabolic diseases like obesity and diabetes, as well as neurological disorders.

Researchers observed changes in the immigrants’ gut microbiome almost immediately after arriving in the United States. Within six to nine months, they saw shifts in a few key  populations in the gut. One of the most striking was a rise in the population of bacteria of the genus Bacteroides, seen more often in the West, as they began to replace those of the genus Prevotella. Overall, the effect of immigration seemed to be a homogenization of gut bacteria — the longer a person lived in the United States, the less diverse their microbiome tended to be, they said.

Though the study only looked at immigrants from two locations, food logs the study participants kept suggested that eating a more Western diet may be partly to blame for the changes.

“Certainly diet is part of the cause but there are other factors like changes in stress, exercise, environment, water supply and medications that we were not able to measure,” the researchers said.

The researchers also observed less diverse gut microbiota in children of the immigrants.

“This provides the first evidence in humans supporting the disappearing microbiota theory that each generation in modernized countries is passing on less diversity to their children,” the researchers said.

They also picked out a correlation between changes to the microbiome and obesity in immigrant communities. It’s another sign that the microbiome is an important window to our health and deserves future study, they say.

“A healthy gut microbiome helps digest our food, prevents overgrowth of pathogens, and keeps our immune systems in check. Having the wrong gut microbes has now been associated with almost every major human disease and has been found to have a causative role in a wide variety of chronic diseases,” they said.