What’s Really Going on When Your Head Aches?

Inflammation, tension and stress often cause the common headache. Migraines, however, strike nerves on a more complex level. 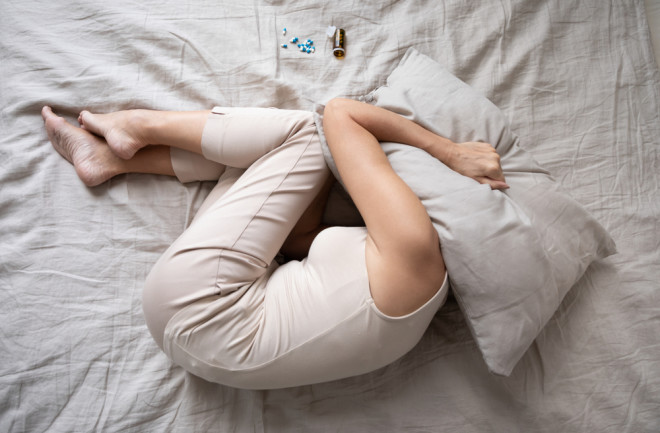 Almost everybody gets a headache from time to time. It may be a tightness around the temples or a stiff neck after staring at a computer screen all day. It might be face pain from a sinus infection or after snorting up too much pollen on a lovely spring day. Tension is the most common trigger of headaches, but missing sleep, skipping meals or drinking alcohol can lead to them, too. These factors, and others, can contribute to your headaches. But what is actually causing the pain?

When you have a headache, your brain is not hurting, even if that’s where you feel the pain. The brain has no pain receptors. That’s why surgeons can stimulate the brains of fully conscious people and ask them what they’re experiencing, a technique that enabled researchers to begin mapping the brain.

The rest of your head, on the other hand, is loaded with pain receptors, more formally known as nociceptors, or very small nerve fibers that send back to the brain the message that something potentially damaging is going on. There are nociceptors in the head and neck, both on the inside and outside of the skull, and in the covering of the brain. There are also pain fibers in the veins and nerves.

So what’s irritating the pain fibers? Often it’s the same thing that makes your back sore after cleaning the garage or your knees hurt after a run: inflammation. “When you tense up your neck muscles for too long while staring at a computer screen, or you're just generally stressed and your muscles are tight, there's inflammation in the muscles that signals pain, so you get a stiff neck or an all-over skull tension headache,” says Dane Chetkovich, chair of the Department of Neurology at Vanderbilt University Medical Center.

If the headache is caused by an infection, a similar mechanism is involved. A sinus infection might cause inflammation that irritates the pain fibers in the lining of your sinuses. Or if it’s a bacterial infection, toxins released by the bacteria might be irritating those fibers. But it all comes down to something irritating the pain fibers. Your brain interprets that as pain, and you call it a headache.

Beyond tension-induced head pain, many people struggle with the most brutal (and infamous) headache of them all: migraines. Migraines actually break most of the headache rules. It might even be a bit of a misnomer to call a migraine a headache. It’s so much more than that.

As the second most common form of headache, migraines can cause all sorts of strange and extremely unpleasant symptoms in addition to head pain. These can include dizziness, nausea, visual disturbances such as flashing lights or blurry vision, and super-sensitivity to light, sound, and smell. Sometimes a migraine doesn’t even cause a headache — just other nasty symptoms. These are often called silent migraines.

Some of the mechanisms are the same for migraines as for other headaches. “With migraines, there is inflammation of either the meninges or the blood vessels inside or outside the skull," explains Chetkovich. But here's the difference: "That inflammation is not being caused by overuse,” he says. “It's being caused by a constellation of genetic and environmental changes that cause pain in certain susceptible people.”

But again, what is actually causing the pain — or, in the case of migraines, all those bizarre symptoms? There's a lot we still don't understand about migraines, says Sylvia Lucas, Clinical Professor Emeritus of Neurology at the University of Washington Medical Center in Seattle. But here's the gist of it: The membranes that line the brain are filled with nerves, such as the large and complex trigeminal nerve. These nerves spill a variety of chemicals that can activate nociceptors. When that happens, the nerves send a message to the brain. The brain reads the message, and the message says "pain" — or more specifically, "migraine."

But as with most things about migraines, the story isn't quite that simple. In people with the genetic predisposition, tension headaches can evolve into a migraine. “It's very weird,” says Chetkovich. "It starts with a stiff neck, but then it activates the brain, and the brain gets ramped up into a cycle and causes inflammation in the blood vessels inside the head.”

So you may start with just some neck tension from working too hard, then bam, you’ve got a migraine. On the other hand, sometimes the whole process starts in the brain itself. A migraine, says Lucas, is a channelopathy — a disease that results from dysfunction in an ion channel. To you and me, that means the electrical signals in the brain don’t always work properly, and that can be a real headache.