What Science Knows About Fibromyalgia, a Painful Illness That is Often Invisible

We still don't know what causes the chronic condition. But researchers are exploring the symptoms, leading to new understanding of its many manifestations. 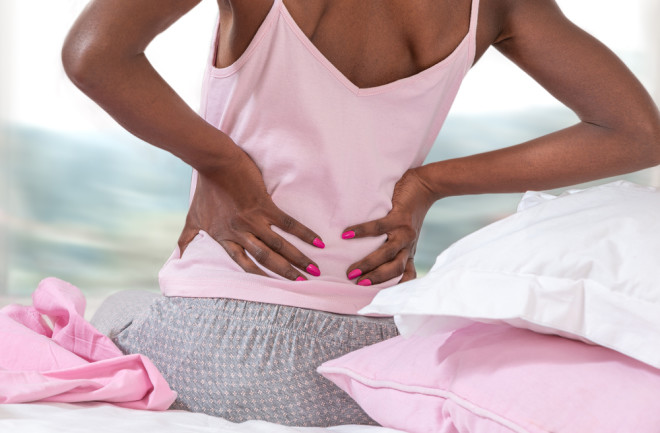 During my first month with fibromyalgia, I lived in a daze. Bizarre new sensations were plaguing my body that I had never felt before. What, for example, were my fluttering heart and inexplicable new intolerance to the heat trying to tell me? Or the seismic waves of pain racking my body, my sudden apathy to sex and my new inability to digest previously loved foods? I initially attributed it all to the heat in New Delhi and carried on, hoping for the best.

But the rapid worsening of symptoms made it hard to ignore them. In the absence of an answer, I turned to the web, where WebMD suggested lung cancer and allergies with cheerful alacrity. I cheated on one doctor with the next, experimenting with one’s test and then another’s treatment, like physician’s roulette, but nothing worked. And then, one day, a wizened rheumatologist squeezed mounds of my flesh between the tips of his fingers and hmmed and ahhed before ruling me a survivor of the chronic pain syndrome, fibromyalgia.

As it turns out, I’m one in a vast pool of fibromyalgia syndrome (FMS) sufferers. The condition affects 10 million people just in the U.S., and an estimated 80 to 90 percent of all diagnosed patients in the world are women. But the jury’s been out for decades on what causes it. Conjectures vary from family history of rheumatoid illnesses to childhood trauma and severe physical or emotional stress. To make matters more difficult, a general practitioner can't confirm or rule the condition out through bloodwork or an X-ray. “Widespread pain for over three months” — the key criteria for a fibromyalgia diagnosis — could also point to other conditions, all of which need to be laboriously ruled out before a patient receives the diagnosis.

Severity of symptoms vary, ranging from a tolerable, dull pain to discomfort so severe that it’s nearly impossible to get out of bed. Lady Gaga, for example, tells in the Netflix documentary “Five Foot Two,” how she powers through on “bad pain days” with a bevy of physicians at her side, pumping her body with corticosteroids before performances. But it can take years to get where she is. Labyrinthine corridors of pain management clinics, at any given time, teem with FMS sufferers who hunt for solidarity amongst strangers as they ask one another, “Do you also…?” and “what do you do for the…?” and “I’m tired of being disbelieved.”

Yet, even as FMS continues to be a mystery to medical practitioners around the world, recent research has slowly started to shed light on some of its major symptoms — offering new hope to the millions who suffer from it.

Clues in the Gut

Amir Minerbi, a specialized pain physician at the Alan Edwards Pain Management Unit at McGill University, says he treats many individuals affected by fibromyalgia. And his patients are frustrated.

“They share how long it takes to get diagnosed, how ineffective many of our treatment modalities are, how difficult it is for others to understand what they are going through — friends, family and even medical personnel,” Minerbi says.

In a June 2019 study in the journal Pain, Minerbi and colleagues found that compared to healthy individuals, patients with fibromyalgia had a different composition of gut microbes. “We used this correlation to teach a computer to classify patients from controls, and reached reasonably good accuracy,” says Minerbi.

While the demonstration so far doesn’t confirm that the absence or presence of certain bacteria causes fibromyalgia, the team is keen to build on the study to search for a causal relationship. Minerbi says that the hope is to “be able not only to make faster, more accurate diagnoses of fibromyalgia, but also to treat it by manipulating the microbiome.”

This improved understanding could one day lead to the creation of new diagnostic tools, the researchers concluded in their study.

Gut disturbances aren’t the only symptoms that have received recent attention in relation to FMS. This year, researchers also studied the chronic condition’s overlap with mental health.

In June 2020, a study in the journal Arthritis Care & Research examined the connection between self-harm and severe rheumatological conditions. The group of scientists, led by epidemiologist James Prior at Keele University in the UK found that, of all the conditions studied, self-harm was most prevalent among patients with fibromyalgia — even more than conditions like rheumatoid arthritis or osteoarthritis.

Fibromyalgia sufferers were also found to have greater incidence of depression and mental health issues than patients with the other arthritic conditions studied. Prior says the link between fibromyalgia and depression was unearthed out of medical records of patients, who have their conditions listed on the UK’s primary care database as soon as they visit a primary care provider. This makes sense, given that anti-depressants are a recommended treatment for fibromyalgia symptoms.

“We were certainly pleased that our work has highlighted that healthcare professionals need to be aware of the impact that this invisible condition has on the mental health of patients with rheumatological conditions, especially fibromyalgia,” says Prior.

Mental health is indeed an important factor to look out for in FMS, since it can both cause and be the cause of other symptoms. Sexual dysfunction, for instance, is an FMS symptom that rarely gets attention — even though it, too, can lead to mental health issues. Fortunately, recent research has been shedding light on fibromyalgia's effects on the reproductive system, as well.

A New Kind of Sex Life

Several studies over the years have recorded the loss of libido and sexual dysfunction among patients with fibromyalgia. What should comfort both FMS patients and their partners, though, is the understanding developing in this arena. Research is examining how women on anti-depressants can face loss of arousal, vaginal lubrication and apathy to sex — and how their long-term sexual partners are working with them to find a solution.

A study published in November 2019 in PLOS ONE, led by Patricia Romero-Alcalá at the University of Almeria in Spain, investigated the changing realities of couples living with fibromyalgia. Although limited in that it looked only at heterosexual relationships, the study is promising in its recognition of sexuality as an important aspect of FMS.

Other studies have found a definite association between female sexual dysfunction and fibromyalgia — as well as a possible relationship between depression and sexual dysfunction in premenopausal women with the condition. The one thing common among them is all, is the evidence for patients’ need for sexological support.

Hope for the Future

While research is ongoing, a medical breakthrough to treat FMS is still some distance away. Science is still no closer to explaining is what actually causes fibromyalgia and how one can map its probable development in the next generation.

Besides concrete data, what FMS sufferers need in general is empathy. Millions of FMS sufferers around the world currently struggle with validation, considering their condition is still widely considered an “invisible illness.” Coupled with the disquieting feeling of never knowing which symptom will hit next, fibromyalgia can be a hard burden to bear. Perhaps now, as we inch closer and closer to effectively diagnosing and treating fibromyalgia, those in-between years of waiting will be cut significantly shorter.