The Pfizer-BioNTech COVID-19 vaccine is the agency’s fastest approval ever — here’s how it was accomplished without shortchanging safety standards. 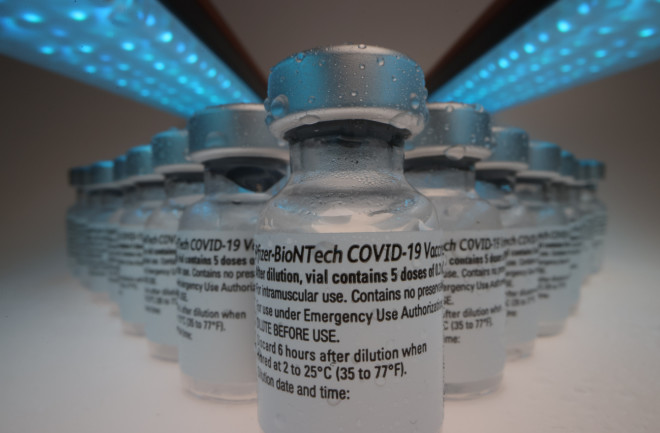 For the Pfizer-BioNTech COVID-19 vaccine — now marketed as Comirnaty — full approval by the Food and Drug Administration last month required going through the agency’s standard review process before being determined safe and effective at preventing the coronavirus. This occurred roughly eight months after the FDA had approved the vaccine for emergency use.

“While millions of people have already safely received COVID-19 vaccines, we recognize that for some, the FDA approval of a vaccine may now instill additional confidence to get vaccinated,” acting FDA Commissioner Janet Woodcock said in a statement.

And this status change has made a difference, for some. According to an ABC News analysis, the U.S. saw a 17 percent increase in first-dose vaccinations following the approval. The Pentagon announced that it would mandate vaccination for its 1.4 million active-duty service members, and President Joe Biden announced earlier this month that as many as 100 million Americans working in health care, the federal government and the private sector will also be required to get the shot.

But traversing the approval process — from submitting an application in May to full FDA approval in August — in less than four months is much faster than usual for a new vaccine. In fact, Comirnaty is the agency's fastest approval yet. Under typical circumstances, it aims to review submissions over a 10-month timeline, and even other priority vaccines can take between six and eight months to reach the finish line.

Some have pointed to Comirnaty’s speedier approval as evidence of the review process being neglected, so let’s dive into what it takes to get a vaccine into arms and how the Pfizer-BioNTech vaccine measures up.

The Road to FDA Approval

Pfizer and BioNTech expedited this process by basing their trial decisions on preliminary results from previous ones — and even, occasionally, from trials that were still underway. In other words, trials overlapped and evolved almost seamlessly from Phase 1 to Phase 2 to Phase 3 (leading to comprehensive conglomerates identified as Phase 1/2 and Phase 2/3). This adaptive trial design, while efficient, required a great deal of advanced planning and involved a lot of risk: If a vaccine performed poorly and had to be withdrawn, it would have involved shutting down multiple trials as opposed to just one.

In Phase 1/2, over 360 healthy volunteers between the ages of 18 and 85 received one of four potential vaccine candidates. The trial was designed to study both safety and the relationship between dosages and immune response simultaneously. During this trial, the FDA granted fast track designation to two candidates based on preliminary data — one of which, BNT162b2, was later selected as the lead candidate and moved on to Phase 2/3. The designation meant that the agency continuously looked at clinical trial data as it came in, rather than beginning after the submission of a BLA, shortening the amount of time it took to review that data this summer.

Approximately 43,000 volunteers participated in Phase 2/3, half of whom were given the vaccine and half of whom were given a placebo. At the time the vaccine was awarded emergency use authorization, Pfizer and BioNTech reported 170 confirmed cases (162 of which occurred within the placebo group) and an efficacy of 95 percent from the ongoing trial. More than half of the volunteers continued to be studied for at least four months after their second dose, and when it came time to approve the vaccine, almost 12,000 participants had been followed for at least six months. Among this group, a 91 percent efficacy was reported.

"...Although we approved this vaccine expeditiously, it was fully in keeping with our existing high standards for vaccines in the U.S.," Peter Marks, director of the FDA’s Center for Biologics Evaluation and Research, said in a statement. Even after the vaccine received full approval, many of those in the trial will continue to be followed for up to two years, as part of a Phase 4 trial that won’t be complete until early 2022 or later.

No Newcomer to Criticism

The FDA has concluded that the trials conducted by Pfizer and BioNTech delivered the answers needed to approve the vaccine, but the fact that trials will continue well into 2022 is one reason some have argued against its approval.

A group of scientists led by Linda Wastila, a professor of pharmaceutical health services research at the University of Maryland, recently called for the agency to slow down — citing remaining unknowns about safety and effectiveness. “If the FDA listens to us, they won’t give serious consideration to approving a COVID-19 vaccine until 2022,” the group said.

To be sure, the road to FDA approval often includes rough terrain and the agency is no newcomer to criticism. Earlier this year, the FDA again made headlines when it ignored disparaging clinical trial data and the advice of an independent panel of experts, instead opting to green-light the first new drug for Alzheimer’s disease in 18 years: Aducanumab, developed by the company Biogen. Three members of the FDA’s advisory panel resigned in protest.

And in the late 1980s, HIV activist organizations accused the agency of unnecessarily delaying the approval of medications to fight HIV. Louis Lasagna, then chairman of a presidential advisory panel, estimated in 1990 that thousands of lives were lost each year because of delays in approval and marketing of the drugs.

Moving forward, there is plenty more controversy to go around. For now, there remains debate over the approval of a COVID-19 vaccine for children ages 5 to 11; Pfizer and BioNTech have recently submitted preliminary clinical data to the FDA as part of that process. And the FDA’s recent authorization of booster shots only for those 65 and older and at high risk of severe infection is in line with the recommendation of an outside advisory panel — but at odds with Biden’s plan to roll out booster shots for all adults.

If only one thing is certain, it is that the agency, much like the coronavirus itself, will remain in the headlines for the foreseeable future.