This disease does not pose a threat to humans, but it could impact Australia’s economy. 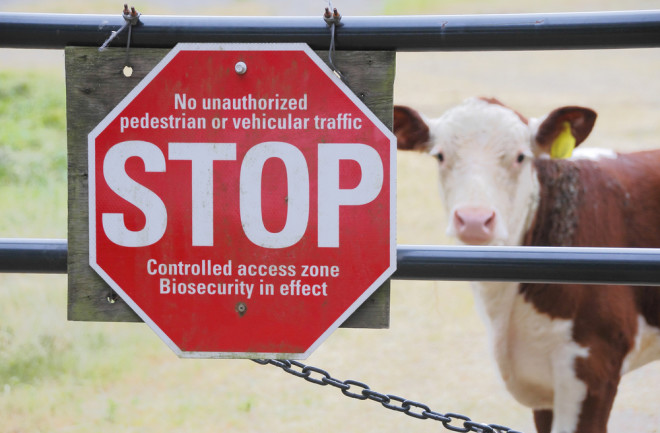 Foot-and-mouth disease is a highly contagious animal disease. It impacts animals with cloven hooves such as cows, deer, sheep, pigs and goats. Unlike hand-foot-and-mouth disease — which comes from a different virus — foot-and-mouth disease does not pose a threat to humans, according to the European Centre for Disease Prevention and Control (ECDC). However, the ECDC recommends not consuming unpasturaized milk and avoiding consumption of meat that may have been contaminated with the foot-and-mouth virus.

The Australian Government is taking precautions after detecting the virus during a routine meat inspection in pork that was imported from Indonesia and China. According to Reuters, a foot-and-mouth disease outbreak could have an $80 billion AUD ($55 billion USD) economic impact.

Animals with foot-and-mouth disease typically exhibit symptoms such as fever and  blisters, or sores in the mouth, teats and between the hooves.

Luckily, the animals in Australia are currently foot-and-mouth disease free.

What You Need To Know About The Marburg Virus