A study from Stanford University indicates that personalized diets may be the best path forward. 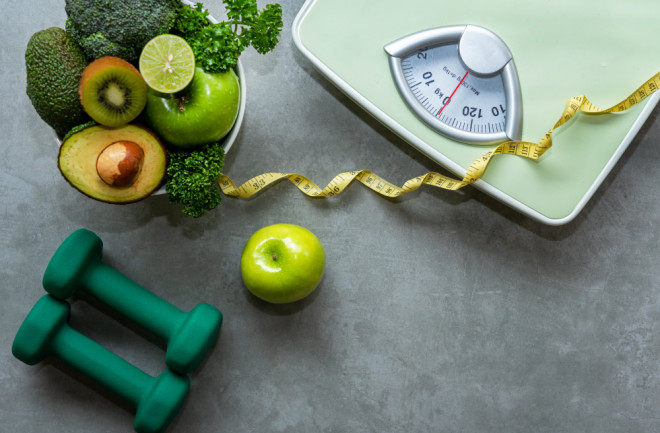 Recent findings suggest that a unique diet can be more effective for weight loss than committing oneself to cutting calories or working out.

The findings show that several biomarkers in a person's body predict how successful they will be at losing weight and keeping it off, according to an analysis of a 2018 year-long Stanford University study. These biomarkers, or indicators in the body, include signatures from a person's gut microbiome, certain proteins produced in the human body and levels of carbon dioxide they exhale.

According to the analysis, strictly following a diet over the first six months of a yearlong weight-loss journey was what mattered most for short-term weight loss. The biomarkers for gut microbiome, proteins and carbon dioxide did not have as much of an impact on losing weight short term.

However, after the six-month mark, the ability to maintain weight loss depended more on these biomarkers than the ability to stick to a specific diet. People who kept up long-term weight loss over a year ate the same number of calories as those who regained weight or did not lose weight during the second half of the yearlong study.

During the study, researchers tracked exercise patterns, how well they followed a diet and calories consumed by 609 participants. While participants were asked not to exercise on the morning of the evaluation, they were not assigned specific exercise regimes to follow. Ultimately, the study's results showed that just exercising or calorie-cutting from one's diet was not enough to maintain long-term weight loss.

Because of those results, researchers turned their attention away from specific diets and toward certain biomarkers in the human body.

"We found specific microbiome ecologies and amounts of proteins and enzymes at the beginning of the study period — before people started following the diet — that indicated whether they would be successful at losing weight and keeping it off," says Dalia Perelman, a research dietician and co-lead author on the paper, in the Stanford Medicine analysis.

Which Diet is Best?

In their initial 2018 study, Stanford researchers examined whether low-fat or low-carb diets were superior for those trying to lose weight. Results showed that it was a draw and that neither diet was better at cutting one's weight than the other.

"We've all heard stories of a friend who went on one diet — it worked great — and then another friend tried the same diet, and it didn't work at all," says Christopher Gardner, lead author of the initial 2018 study, in a Stanford Medicine article. "It's because we're all very different, and we're just starting to understand the reasons for this diversity."

Results of the 2018 study also found that neither insulin levels nor a specific genotype pattern of individuals could predict their level of success on either diet.

Throughout the 2018 study, researchers measured the respiratory quotient of every participant, which was their ratio of inhaled oxygen to exhaled carbon dioxide. A lower ratio meant the body burned more fat, while a higher ratio meant the body burned more carbs. In other words, those with a higher respiratory quotient lost more weight on a low-carb diet, and vice versa.

Even with their most recent findings regarding biomarkers and personalized diets, Stanford researchers say that focusing on nutrients is most important now. More specifically, the focus should be on eating unprocessed, high-quality foods that are low in refined flour and sugar.

"Your mindset should be on what you can include in your diet instead of what you should exclude," says Perelman in the Stanford Medicine analysis. "Figure out how to eat more fiber, whether it is from beans, whole grains, nuts or vegetables, instead of thinking you shouldn't eat ice cream."

In short, learning to cook and relying less on processed foods is what's most important. If you pay attention to the food quality in your diet, you can forget about counting calories.